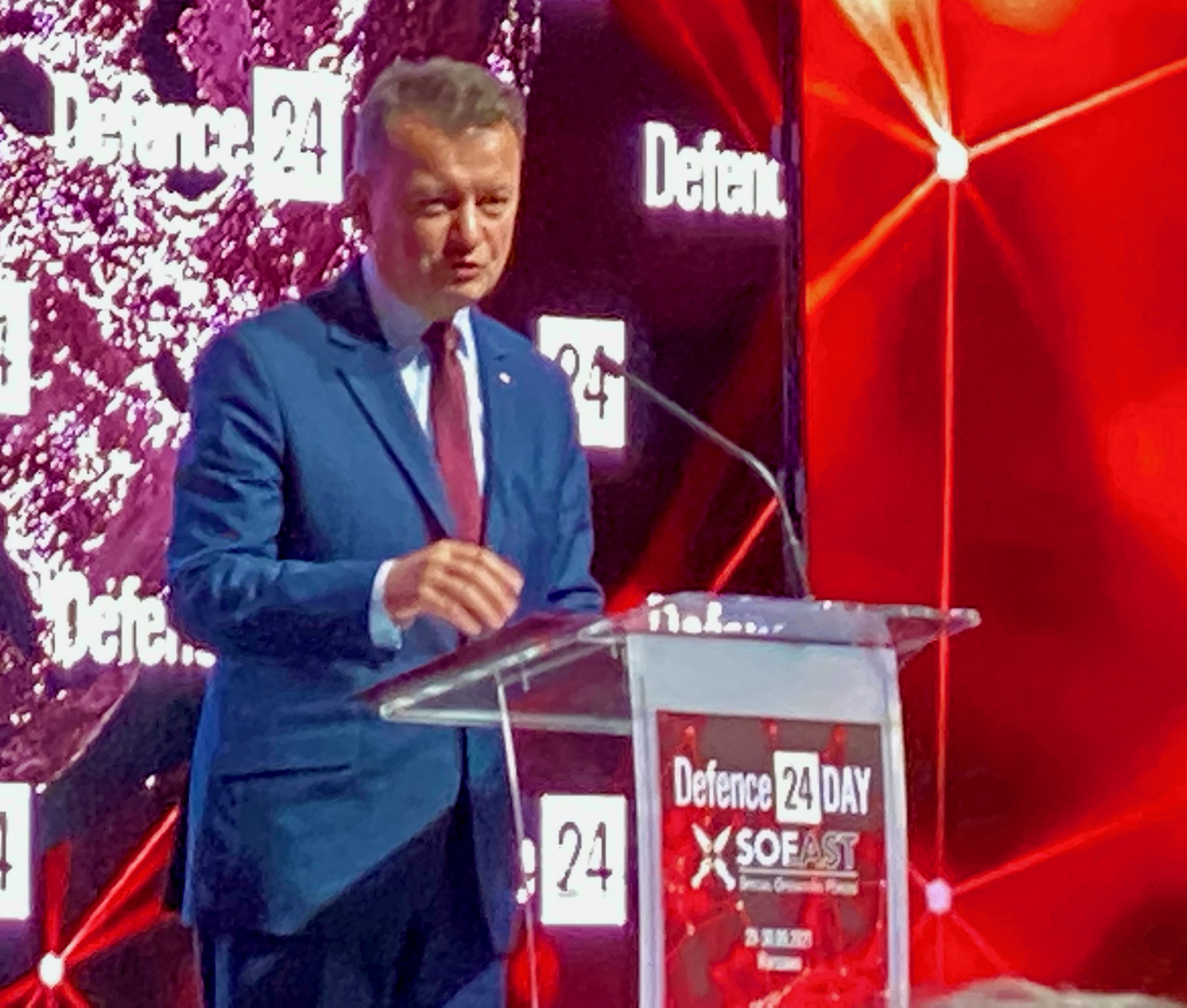 On Day one of the Defence 24 conference held in Warsaw Poland on September 28 and 29, 2021, Polish defense leaders highlighted the dynamics of change in the Polish defense and security situation.

The initial presentation was by the Polish Minister of Defence, Mariusz Blasczak which was then followed by a presentation by Paweł Soloch, the Head of the National Security Bureau and that was followed by a panel which included Soloch, General Jarosław Mika, Commander-in-Chief of the Armed Forces and General Wiesław Kukuła, Commander of the Territorial Defense Forces.

Together they outlined in their general perspective with regard to Poland and its defense.

The border situation with regard to Belarus and Russian cooperation with Belarus means that the migrant situation being used by the Belarusian government was a form of hybrid war. And in their view, Poland’s response to close the border and to defend Poland was in the general interest of the European Union and should be seen as such.

The President of Poland had announced a continuation of the state of emergency with regard to the border, and the Polish Territorial Defense Forces had organized a battalion to assist in border defense. And the Polish government has been reaching out for expanded diplomatic and security support in the region as well.

Blasczak noted that he participated two weeks ago in a meeting with Baltic foreign and defense ministers and next week would meet with the B-9 r Bucharest Nine states which is part of strengthening regional cooperation as well.

But  Soloch noted both in his presentation and in comments made during the following panel that he felt that not only Europeans were grasping the urgency of the situation.  Indeed, he argued that the changes associated with Belarus and Russia were fundamentally changing not just Poland’s but the entire European defense and security situation.

Blasczak also discussed the recently completed Russian Zapad exercise. He underscored that this exercise was not just a narrowly focused military operations exercise, but one which involved the Russian state and its political arm as well. It was a political-military integrated exercise.

The first is to increase defense spending with President Duda eyeing a 2 ½ per cent of GNP goal.

The second is to reinforce security mechanisms within Poland and to enhance the capability of the Territorial Forces to contribute to such efforts, including the use and further acquisition of UAVs as part of the means for getting better intelligence to defend the homeland.

General Kukula, the head of the Territorial Defense Forces (WOT) noted that his forces use UAVs every day and they are becoming an important part of their response to asymmetric threats.

The third is to continue to acquire new technologies from partners but to ramp up domestic industrial capabilities to integrate new technologies and to contribute to a more effective Polish defense and a more resilient Poland.

Gen. Jarosław Mika, General Commander of the Armed Forces, underscored how important it was from his point of view to ramp up cooperation between the Polish Armed Forces and domestic industry in an effort to have a more resilient Poland in dealing with evolving security and defense threats. Notably, he sees a need in the missile area to ramp up Polish production capabilities.

The important efforts in missile defense were highlighted as well as working integration across this domain.

Poland is the only foreign partners of the United States to acquire the integrated battle management system and is doing so at the same time launching its large-scale domestic missile defense program called NAREW.

This program and effort highlight a key direction forward for Polish defense, namely working ways to have a more integrated force. This is not easy when one is acquiring several new force elements, which have not been integrated in their home countries all that well.

The Defense Minister highlighted changes in the procurement system designed to facilitate more rapid and effective defense procurement in shaping out Poland’s defense capabilities in the years ahead.

Clearly, the Polish government is concerned with the deteriorating security environment, which explains in part of the surprise decision to acquire Abrams tanks announced recently.

There are significant changes going on with regard to Poland’s partners, notably the United States and Germany, which clearly affect Polish perceptions as well with regard to the best approaches to securing Polish defense and security.  As Paweł Soloch put it: “We must be prepared for change. We must react flexibly.”