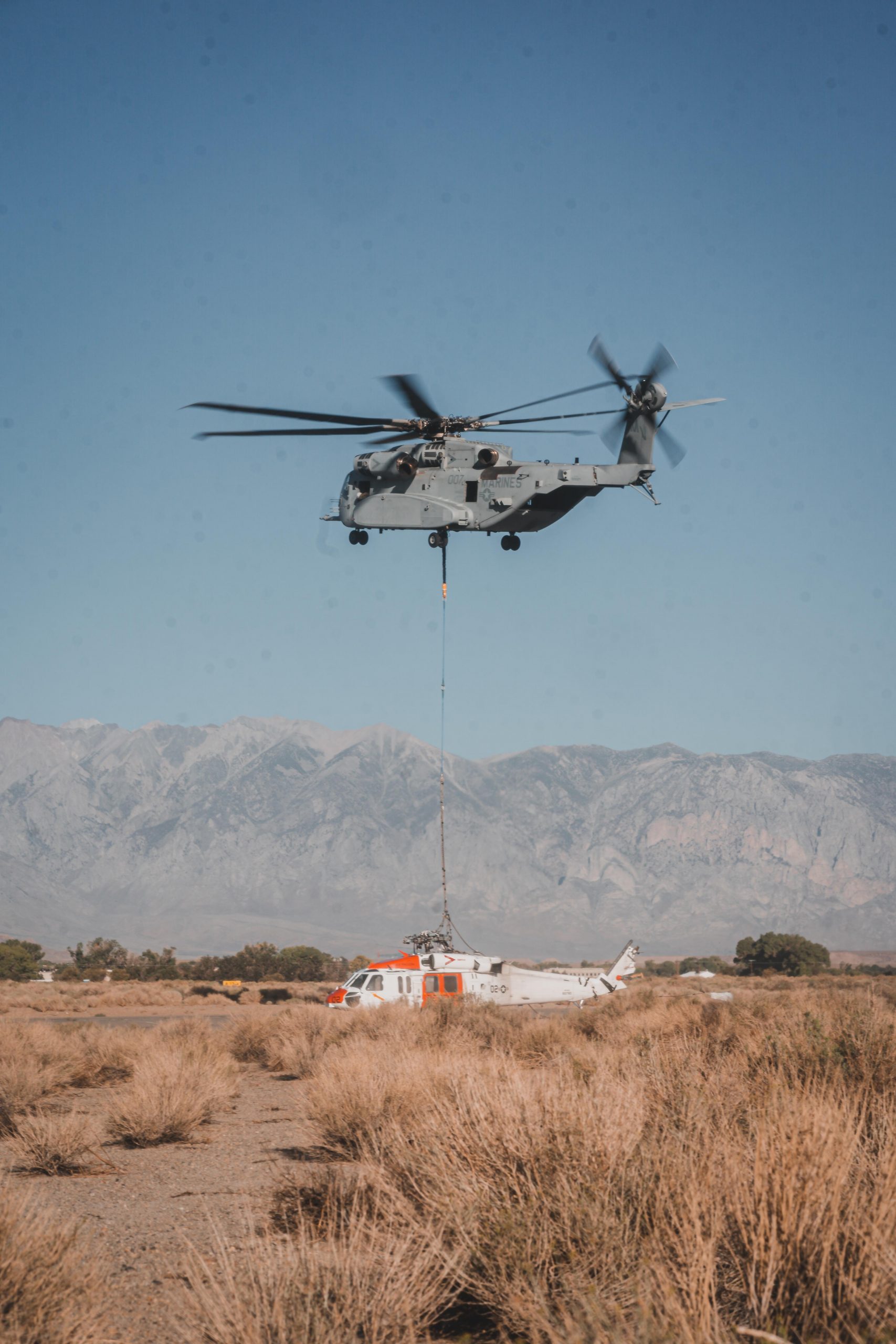 The USMC has mobile basing in its DNA. With the strategic shift from the Middle Eastern land wars to full spectrum crisis management, an ability to distribute a force but to do so with capabilities which allow it to be integratable is crucial.

For the Marines, this means an ability to operate an Integratable force from seabases, forward operating bases (FOBs) or forward arming and refueling points (FARPs). As the Marines look forward to the decade ahead, they are likely to enhance their capabilities to provide for mobile bases which can empower the joint and coalition force by functioning as a chess piece on the kill web enabled chessboard.

But what is required to do mobile basing?

What are the baseline requirements to be successful?

A very good place to start to shape answers to these questions if the USMC’s center of excellence on warfighting training, MAWTS-1 located at MCAS Yuma. In two 2020 discussions with Lt. Col. Barron, Tactics and Evaluation (ADT&E) Department Head at MAWTS-1. ADT&E is focused on the core task of fighting today with the current force but also looking forward to how to enhance that force’s capabilities in the near to mid-term as well.

The discussion with Lt. Col. Barton highlighted six key takeaways. The first one is the crucial need for decision makers to determine why a mobile base is being generated and what the tactical or strategic purpose of doing is. It takes time and effort to create a mobile base, and the mobile base commander will need to operate with mission command with regard to his base to determine how best to operate and for what purpose.

The second one is the importance of determining the projected duration of the particular base.

This will have a significant impact in shaping the question of logistics support. What is needed? How to get it there? And from what supply depot, afloat or ashore in adjacent areas?

A fourth one is to determine what the base needs to do to contribute to the wider joint or coalition force. With the evolution of technology, it is possible now to have processing power, and strike capabilities distributed and operated by a smaller logistics footprint force, but how best to configure that base to provide the desired combat effect for the joint or coalition force?

A fifth one is clearly a crucial one for operating in a contested environment. Here the need is for signature control, or an ability to have as small a signature footprint as possible commensurate with achieving the desired combat effect.  Signature management could be seen as a component of survivability.  However, the management of signatures down to the small unit level requires a disruptive shift in our mindset.

The sixth one is clearly having an exit strategy in mind. For how long should the force be at the mobile base? For what purposes? And what needs to be achieved to enable the decision to move from the mobile base? In effect, the discussion highlighted what one might refer to as the three Ss. An insertion force operating from a variety of mobile bases needs to be able to be sustainable, survivable, and signature manageable.

With regard to current USMC capabilities, the MV-22, the C-130, the Viper, the Venom, the CH-53E and the F-35 are key platforms which allow the Marines to integrate and move a lethal combat force to a mobile base. But the C2/ISR enablement is a key part of the requirement and the digital interoperability efforts are a key part of shaping a more effective way ahead. And in the relatively near term, the Ch-53K replacing the E is a key enabler for an enhanced mobile basing strategy.

It is clear as well as the U.S. services work their way ahead in the evolving strategic environment, that the USMC core skill set with mobile basing will figure more prominently and become a key part of the Marines working with the joint and coalition force in shaping a more effective way ahead for the integrated distributed force.

The Marines have added new capabilities which allow them as well to enhance their capabilities to work mobile and accretionary basing.

For example, the heavy lift element, which is a bedrock capability for the insertion force, is older, not easily Integratable, and is in diminishing numbers. The CH-53K which is to replace it will provide significant capabilities enhancements for an insertion force operating from afloat or ashore mobile bases but needs to be ramped up in numbers capable of raising the combat level of the current force.

Maj. Everett underscored the importance of the digital interoperability effort under way within Marine Corps innovation is not just a nice to have effort, but a crucial one to ensure that the insertion force package can work more effectively together and to leverage other key support assets which might be available from the joint or coalition force. After all, a mobile base is being put on the chessboard for a strategic or tactical objective and survivability is a key requirement.

Sustainability is another key element for successful mobile basing. Sustainability is a function of the lift assets which can bring the kit and supplies needed for the duration of the mission. For the Marines, this is defined by KC-130J, CH-53E, MV-22, and UH-1Y lift support. And it is also defined by air refuellable assets to the assault force as well. The Marines have limited indigenous assets to provide aerial refueling which, dependent on the mission and the time scale of the force insertion effort, might need to depend on the Navy or Air Force for this capability.

With the shift from the land wars, where the Marines were embedded within CENTCOM forces, C2 was very hierarchical. This clearly is not going to be practicable or efficacious with a distributed insertion force.

Working mission command for a force operating in a degraded environment is a key challenge, but one which will have to be met to deliver the kind of distributed mobile based force which the Marines can provide for the joint and coalition force, and not just only in the Pacific, but would certainly provide a significant capability as well for the fourth battle of the Atlantic.

And as digital interoperability is worked there will be expanded effort to find ways to support the insertion force operating from a mobile base. This will be an interactive process between what C2/ISR assets are available in the kill web, and how the Marines ashore or afloat can best use those resources.

We have seen such a migration with the U.S. Navy as the CSG and fleet is adding MISR or Maritime ISR officers, and this change actually was inspired by the operations of 3rd MEF in Afghanistan. What we might envisage is simply the next iteration of what was done ashore with now the afloat and insertion forces in the maritime environment.

Timeliness is crucial when considering  a mobile basing option. It is about the insertion force operating within the adversary’s decision cycle and operating to get the desired combat effect prior to that adversary being successful in getting his combat result, namely, eliminating or degrading the insertion force. This is another way to understand the key significance of how C2/ISR is worked between the insertion force and the wider air-maritime force.

In short, the Marines will fight with the force they have; and as far as near-term modernization, ensuring that digital interoperability is built in and accelerated, full use of what an F-35 wolfpack can bring to the insertion force, and the continuing modernization of the assault force staring with the coming of the CH-53K in sufficient numbers, these are all keyways ahead.

Featured Photo: A Marine Corps CH-53K King Stallion lowers a Navy MH-60S Knighthawk helicopter to the ground after recovering it from the nearby mountain ranges after it conducted a hard landing near, Bishop, California, Sept. 5, 2021. The two-day operation was the first official fleet mission for the CH-53K King Stallion, as it is currently undergoing an operational assessment while the Marine Corps modernizes and prepares to respond globally to emerging crises or contingencies. (U.S. Marine Corps photo by Lance Cpl. Colton Brownlee).

Shaping a Way Ahead for Mobile Basing