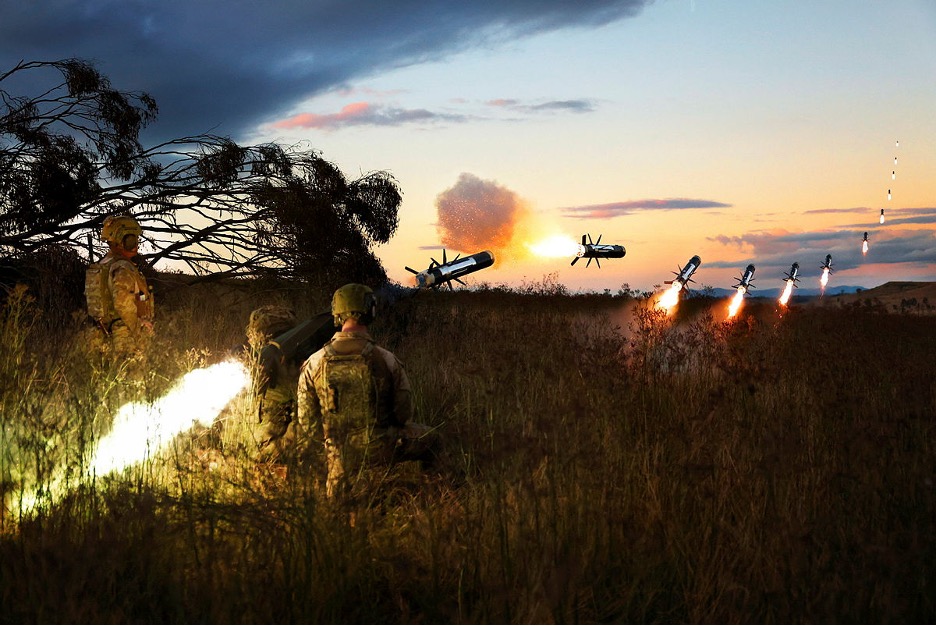 The Labor government’s defence strategic review will explore how the Australian military is positioned and enabled to operate in our region as the security environment requires.

Prime Minister Anthony Albanese announced the review on 3 August and it’s to report by March 2023. That’s so that the government can make decisions at the same time as it decides on the path to give Australia eight nuclear-powered submarines within an AUKUS partnership that makes them safe and effective.

The independent heads of the review, former foreign and defence minister Stephen Smith and former Australian Defence Force chief Angus Houston, have an enormous amount to do and almost no time to do it.

Before they even get to thinking about what their task requires—‘to ensure Defence has the right capabilities to meet our growing strategic needs’—Smith and Houston will need to confront the ugly fact that Defence’s current plans are already unaffordable despite the large and growing defence budget the Albanese government has committed to.

Nasty choices and suboptimal trade-offs are needed before any new ideas that take money are even put forward; and the only megaproject not yet agreed that can provide potential savings is the $20–27 billion army plan to buy an additional 450 heavily armoured vehicles for purposes that aren’t clearly connected to Australia’s needs in our region. These purposes must now be made clear if this project is to proceed, in whatever form.

But even that multibillion-dollar megaproject is a distraction to the real work. As my new Strategic Insight paper says, the review must give Deputy Prime Minister Richard Marles what he needs to provide practical, urgent direction to Defence in four big areas:

Since 2016, and even since the Morrison government’s 2020 defence strategic update, we’ve experienced a rolling maul of confronting developments for our security and for the collective security of our close allies and partners.

They include the return of war to Europe with Vladimir Putin’s invasion of Ukraine, the nasty realisation that the strategic partnership between Putin’s Russia and Xi Jinping’s China is only strengthening as that war proceeds, and the demonstration of Xi’s willingness to use China’s military in increasingly belligerent and aggressive ways in the South China Sea, around Taiwan and near Japan.

Add in the now present effects of climate change domestically and in our region and the disasters and dislocation that it’s already causing. Then there’s the shattering of confidence in the reliability of what, in the world of Covid-19, coercive trade measures and the fracturing effects of Putin’s war, seem now to be quaintly called ‘global supply chains’ and global markets. That matters to Australia, and in particular to our defence organisation, because global—or at least extended international—supply chains are the basis for most of Defence’s support arrangements.

But, on top of all that, the most disturbing and dangerous development for Australia’s security is China’s now open strategic intent to play a direct and growing role in our near region, made concrete by the security pact Solomon Islands Prime Minister Manasseh Sogavare signed with Beijing earlier this year.

In the light of these changes, it’s now obvious that, whatever security assistance Australia will get from the US and other partners in times of crisis, like Ukraine, we’ll need our own means to act in our own defence as a precondition for assistance from others.

That’s true whether it’s our key ally, the US, our other trusted partners such as the Quad’s Japan and India, or our other AUKUS partner, the UK. So, the defence strategic review must set out the decisions for the government to make that will put real substance on the notion of ‘self-reliance within an alliance construct’. That hasn’t been done seriously since the Dibb review in the late 1980s.

Debates about whether or not to spend 2% of GDP on defence are already overtaken by events. The defence budget line committed to by the new government has the budget growing to well over 2% by 2030. That was calculated using much rosier predictions for Australia’s rate of economic growth between now and 2030 than look likely in the darker international economic times we’re already in. It was also calculated using much lower inflationary expectations than we’re experiencing now.

So, just to mark time and maintain real purchasing power, the defence budget needs to be increased.

But Defence can’t expect public support for an increased budget without showing that it will use new ways to increase the power of the ADF fast enough to matter.

And the reviewers themselves have some rethinking to do. Each had his most intense exposure to the strategic situation, and to the arcane issues in our defence organisation, around the late 2000s and early 2010s. That’s when the force structure plans that Defence is still implementing and still deeply attached to were made. That was also a time when China’s aggressive trajectory was much less obvious, and before the fragility of global supply chains was revealed.

Escaping from some of what they think they know from that earlier time is possible—and essential if the review is to help the government and Defence make the changes our strategic environment demands. It’s a case of channelling that line attributed to Winston Churchill when he was accused of hypocrisy: ‘When the facts change, I change my mind.’

Repacking the exploding suitcase that is the defence budget and wrapping all this up by March 2023 means the review is time poor. On this, the review reflects Australia’s security situation: time is a precious resource to be used wisely in ways that rapidly increase our security and help to deter others from thinking that conflict is a smart choice.

The featured photo is credited to the Australian Department of Defence.