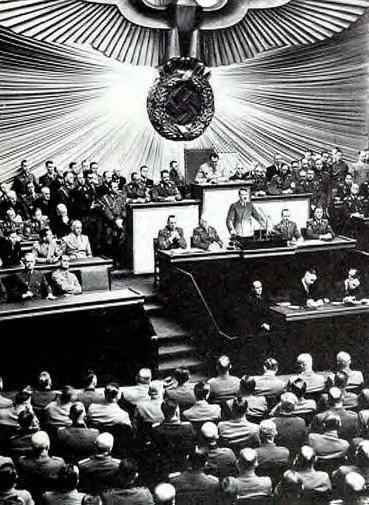 In a speech to the Reichstag on May 21, 1935, the new Chancellor of Germany in making his presentation highlighting Germany’s peaceful intentions, nonetheless provided a significant insight into how war can be useful to an authoritarian leader: “Whoever lights the torch of war in Europe can wish for nothing but chaos.”

This has been a clear consequence of the Russian invasion of Ukraine, and the benefits of chaos to Putin in terms of its impacts on Europe seem evident.

One only has to travel around Europe this summer or talk to European analysts and see the impacts of migration, on energy supplies, on the cultural politics, and the economies of Europe.

A major challenge facing European governments is precisely to struggle to master the chaos unleashed by this war.

As well as the question of how to terminate the conflict.

What objectives driven by the Ukrainian leadership are sustainable in terms of how supportive European countries can be over time in terms of managing the ongoing impacts on their own societies?

With no clear leadership on the Western side shaping a war termination process will the chaos unleashed by the war on Western societies lead to unraveling of support for the Ukrainians in their war with Russia?

Following the COVID-19 disruption, the war in Ukraine raises questions with regard to the way ahead in Europe on fundamental issues of security and political viability, not simply in terms of defense against a Russian aggressor.

At the same time, the impact of the war has sent global reverberations in the food and energy domains, simply to mention two areas of significantly impact areas of concern.

Europe has gone from a focus on green energy to concern about having adequate energy supplies facing the winter.

Indeed, the very absence of a realistic energy policy in Europe has been exposed.

This is not to minimize the significant human suffering and tragedy in Ukraine inflicted by the Russians.

It is simply to suggest that the war in Ukraine is not simply about the lethality of conflict, but the challenge of managing the deep social, economic and political consequences of that war on European stability as well as upon Russia itself.

Most of the Western analysis has focused on the impacts of sanctions and other negative blowbacks on Russia from the war.

That is understandable, for sanctions are a major tool being used in the conflict by the West.

And here there is another key question: how much escalation buffer does Ukraine have compared to Russia?

There is clearly a question of Russia’s ability to escalate to the use of WMD weapons but it is also a question of the strategic depth of a country with 14 time zones.

In Armand Cabasson’s fascinating novel about the French invasion of Russia under Napoleon, this is a quote from one French officer during the battle of Borodino:

“I can’t believe there are so many Russians in the world! We have already wiped them all out…With the Russians, you have to kill them and then kill their corpses otherwise they come back to life.”

But we must understand this is really about a core underlying competition between an authoritarian regime backed by the Chinese to assist Putin in chaos management and the European nations seeing significant disruption from the war on their way of life, including the question of national identities, infrastructures, and economic and political viability.

This is a contest for managing chaos effectively against the authoritarian adversary and not simply about what happens on the battlefield itself.

This is way beyond hybrid war and the gray zone — this is about fundamental social conflict rooted in different ways of life.