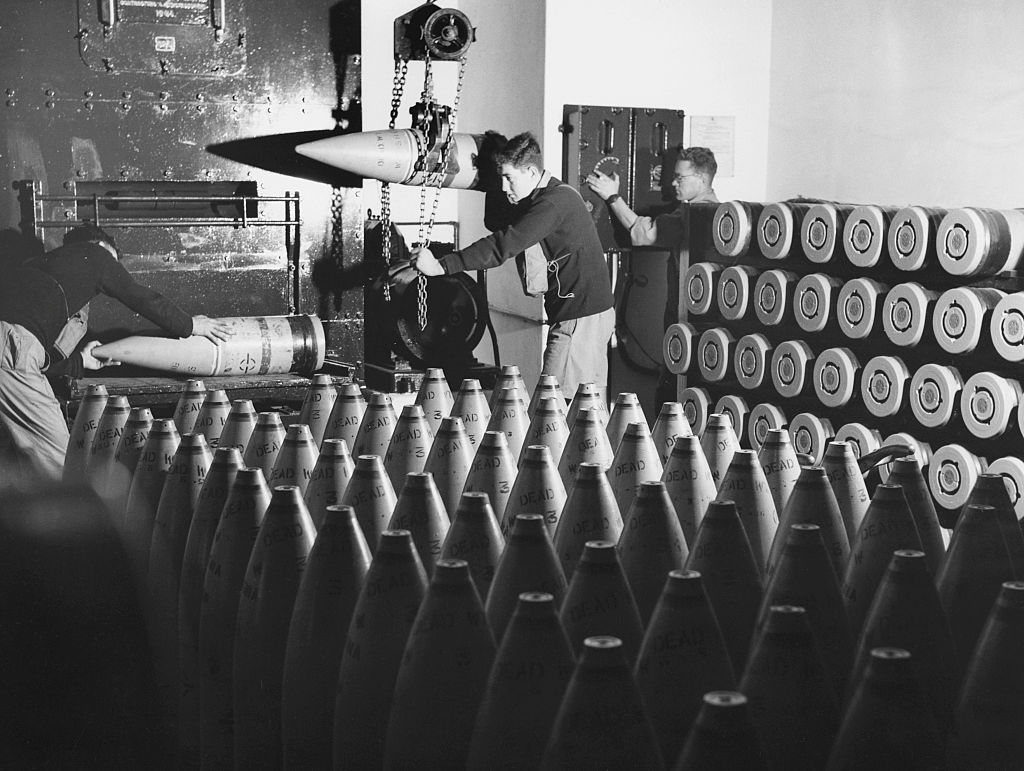 According to media reporting, the Australian defence company DefendTex will provide Ukraine with 300 of its Drone40 small uncrewed aerial vehicles. The specification sheet for the D40 says it has a range of 20 kilometres and a maximum flight time of 30 to 60 minutes. The D40 has a variant that carries a 40-millimetre grenade and functions as a loitering munition, or ‘kamikaze drone’ in common parlance, but it’s also capable of carrying other payloads such as sensors and electronic warfare options. Its small size means it can be easily carried by dismounted soldiers and can be launched either from a 40-millimetre grenade launcher or simply thrown into the air.

Coming on top of the most recent announcements of further high-tech U.S. military aid, it’s good news for Ukraine.

It’s increasingly clear that the war there is a struggle between 20th-century industrial-age warfare and 21st-century digital- and information-age warfare, with Ukraine’s supporters in liberal democracies providing it with the systems needed to successfully conduct the latter.

While Russia’s industrial-age model may initially have had the advantage, that was largely due to the legacy of years of industrial production of weapons and munitions, which are now being rapidly consumed on the battlefield. But the technological pendulum is increasingly swinging in Ukraine’s favour in ways that Russia can’t hope to match, particularly while it is suffering from sanctions on high-tech components such as computer chips.

The export success is also good news for DefendTex, an Australian-owned company with a history of innovation in the defence and security sector.

But the sale does raise some issues. The first is, when will the Australian Department of Defence acquire the D40 in commercial quantities?

The system, developed with funding support from the Defence Innovation Hub, is now mature. It’s been acquired by the British Army and trialled by the US Marine Corps. In fact, after trialling it, British soldiers insisted on taking it with them on their deployment to Mali.

We’ve seen a proliferation of small drones in the war in Ukraine, both military and commercial. Any conflict Australian troops deploy to will be no different.

But do we really want to see Australian troops having to improvise solutions on the battlefield—as the Ukrainians have been forced to do, such as by using 3D printers to attach legacy mortar rounds to small consumer drones and turn them into mini-bombers—when Australian industry already has the ability to provide them with world-leading equipment?

Defence’s innovation programs are a microcosm of the broader Australian research and development effort—we create innovative products but can’t seem to commercialise them at home. The D40’s development was funded by Defence grants—but one has to ask why Defence is funding innovative technologies if it’s not going to acquire them once they’re demonstrated to work. It’s a common refrain from Australian small and medium-sized enterprises. In other countries, sales to the local defence force spur exports; here, Defence often won’t buy local products until they’ve been sold overseas, and even then it’s no sure thing.

The bigger issue is what this sale tells us about Australia’s industrial capability. Australian industry can develop precise, lethal capabilities, and it can do it fast. And it doesn’t need overseas intellectual property to do it.

This is relevant in the context of the sovereign guided weapons enterprise announced by the previous government to provide secure supply chains for the munitions that are essential for modern warfighting.

But so far, there seem to be two answers to the question of how we make anti-tank missiles here.

The first, based on the experience of the Israeli Spike missile, is we don’t. Four years after the government announced Spike missiles would be built in Australia, Defence still hasn’t started, apparently due to certification issues.

The second answer, based on the trajectory of the sovereign guided weapons enterprise over the past two years, is to establish some kind of partnership with a large U.S. prime contractor, then spend years negotiating around the strictures of the U.S .International Traffic in Arms Regulations, overcoming Congress’s qualms about outsourcing U.S. jobs, setting up a production line, sourcing hundreds of components from supply chains around the world and finally, at some point down the track, producing a missile.

However, if we turn the question around and ask how we can quickly develop ways to destroy armoured vehicles, we don’t have to default to the answer being ‘Build anti-tank missiles.’

If we leverage the innovation and technologies of the commercial sector it can be done quickly.

In short, it’s a lot easier to precisely move high explosives from one point to another 10 kilometres away using existing commercial technologies such as small rotary-wing motors than it is to design and build rocket motors and put missiles around them.

DefendTex has demonstrated that, but there are other small Australian companies that have adopted that approach to deliver the ‘small, the smart and the many’ in the form of cheap but precise loitering munitions.

By all means, let’s build U.S. missiles here, but we also need to pursue other lines effort as quickly as possible.

Unfortunately, if we have to wait for Defence to certify everything using its existing processes and standards, it seems we’ll be waiting a long time for capability. Of course, the Ukrainians don’t seem to be too concerned about certification of the weapons they’re pressing into service.

The basic fact is that Defence is an artificially protected monopoly.

Monopolies simply can’t innovate rapidly. The reason our electricity sector has managed to move down the path of renewables as far as it has despite the stonewalling of the previous federal government and the incumbent major players is that many other players have gained entry, creating competition and driving innovation. There are ways in which Defence should enjoy a natural monopoly; we don’t advocate for mercenaries.

But when Defence is both a monopoly provider of security services to the government and a monopsony consumer of security goods and services from industry, it is a recipe for stagnation. Sometimes Defence needs firm external direction—it’s the role of the new government and the defence strategic review to provide that.

Developing Australian companies’ ability to produce small guided weapons at scale won’t just benefit our defence force. We’ve recently seen the prospects for conflict over Taiwan intensify, provoking greater debate in Australia about what we would do if Beijing ordered an assault.

Providing Taiwan with tens of thousands of small kamikaze drones that can sinking landing craft and destroy armoured vehicles will make a tangible difference to its prospects of resisting invasion—perhaps even more of a difference than sending a small number of high-value Australian Defence Force assets and their crews.

By leveraging the benefits of Industry 4.0, Australia can become a key part of the arsenal of democracy.