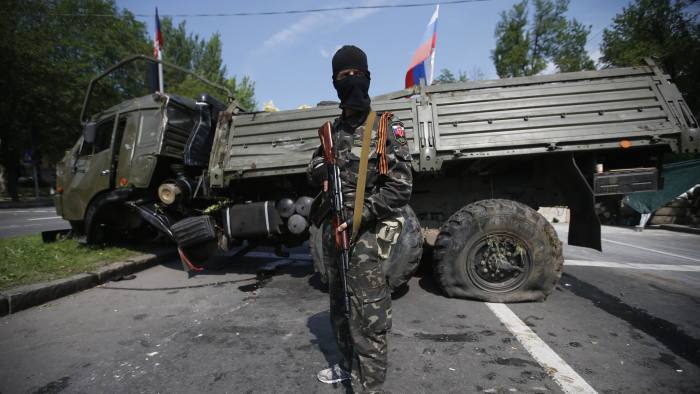 Innovation in warfare is not just about introducing new platforms.

It is as much about shaping effective strategies combing whole of government approaches which achieve one’s national objectives.

And to use force effectively in service of national goals against your adversary where he can not effectively respond or counter you.

The Russians introduced hybrid war into Europe with the Crimean takeover and in this article by Stephen Blank which we first published in 2015, he describes the appraoch.

Russia’s ongoing invasion of Ukraine and the forms that it has taken since February 2014 have caused commentators across the globe to label it as a manifestation of hybrid war.

Frank Hoffman of the National Defense University originated this concept in a series of publications going back several years.[i]

But however we label these operations, it remains the case that NATO and the West still have a decidedly incomplete understanding of them and their implications. Moreover NATO, impaired by this lack of understanding and the visible absence of the will to resist, has failed to develop a coherent strategy to respond to this phenomenon.

Indeed, Western analysts and politicians find it difficult to get their arms (or heads) around the many dimensions this form of warfare takes today as it appears in Russian policy.

Clausewitz reminds us that war is a chameleon, and hybrid war fully justifies this appellation. Therefore we must grasp hybrid war in its totality, a totality that embraces multiple dimensions.

To use US military terminology, it is a form of war that utilizes all the instruments of power: diplomacy, information, military, and economic (US Army analysts call this the DIME). As discussed by Moscow in its new doctrine which accuses the US and NATO of practicing it and in statements by Chief of he General Staff, General Valery Gerasimov in 2013 we can see that the military instrument per se plays only a limited role in this concept.[iii]

Instead all of the instruments of power subsumed in the DIME are employed and the purpose of using these instruments in this synchronized way is to effectuate regime change, i.e. destroying or at least permanently enfeebling regimes that oppose US (or in actuality Russian) interests.

Thus across Europe and Eurasia, and even in the US, not just Ukraine, Moscow employs the following instruments beyond the use of conventional military forces, irregular, and intelligence formations (GRU and Russian Special Forces [SSO–not Spetsnaz]) and regular nuclear threats to deter NATO involvement and intimidate the alliance.

Moscow’s non-military instruments are deployed every day in a constant, regular, and strategic if not systematic and synchronized effort to break up the processes of European or even regional integration,

They are designed to try to hollow out the EU and NATO, corrupt and subvert European political and economic institutions, and to try to ensure that Russia always has significant leverage upon European economic-political processes and states who will have to confront it bilaterally rather than in multilateral institutions, and ultimately detach the U.S. from active participation in European affairs and, from the Russian viewpoint, thereby leaving Russia as a dominant player in Europe.

These non-military instruments of this strategy comprise the following elements:

Although the specific features of Crimea and the Donbass may not be replicable elsewhere what we must understand is that this repertoire of instruments allows Russian “music directors” enormous flexibility in orchestrating attacks on targets even though this activity goes on every day without ever abating.

Both in military and non-military terms Russia has learned how to “tailor” forces and non-military instruments to the requirements of the theater or target/s in question, e.g. targeting British finance in the City of London, French arms sales and German oil, gas, and electricity, as well as Balkan media, and other key sectors besides energy.[iv]

Finally we must grasp the origins of this strategy.

As befits a society and state ruled by KGB and FSB alumni it is a direct descendant of the Communist International and Soviet international strategy of the interwar period.[v] It represents what is called in the West political warfare although for the Soviets and presumably Putin and Co. politics represented and represents war by other means.

It is a doctrine utilizing all the instruments of power to compensate for military weakness by developing alternatives to and surrogates for military power to corrode Western societies.

Today’s strategy, like its predecessor derives from the Russian belief that the West is intrinsically and always hostile to Russia and aims to undermine its state and system of governance as outlined in the recent military doctrine.[vi] It starts from the point that Russia and its interlocutors are in a constant, unending state of siege (worse even than a cold peace) but not a cold war for today’s world order is different.

But it is a strategy of permanent conflict played out simultaneously in multiple dimensions and countries where military force plays only a limited role to deter, intimidate, and only if necessary conduct conventional war.

It is a direct descendant of the interwar strategy of the Soviet Union and takes its point of departure from the same perceptions that drove Soviet strategy minus the ideological scaffolding of class conflict.

Today it is states not classes who are in conflict but these states are corruptible and riven by various factions that Moscow can exploit through non-military means. It begins with the presupposition of unending conflict and wages that conflict in all the sectors where Moscow can gain leverage.

Therefore in each state and in European security institutions as a whole the elements of hybrid war as a whole must be countered by truly innovative strategic means.

This is not just a question of information warfare (IW which the Russians define essentially as mass political manipulation).

IW in this context is only part of the overall equation, albeit a critical and constant part.

But until and unless we realize that Russia regards itself in a permanent state of conflict with us and wages that conflict unremittingly, Ukraine will not be the resting point in a downturn in European security but merely the prelude to the next rounds.