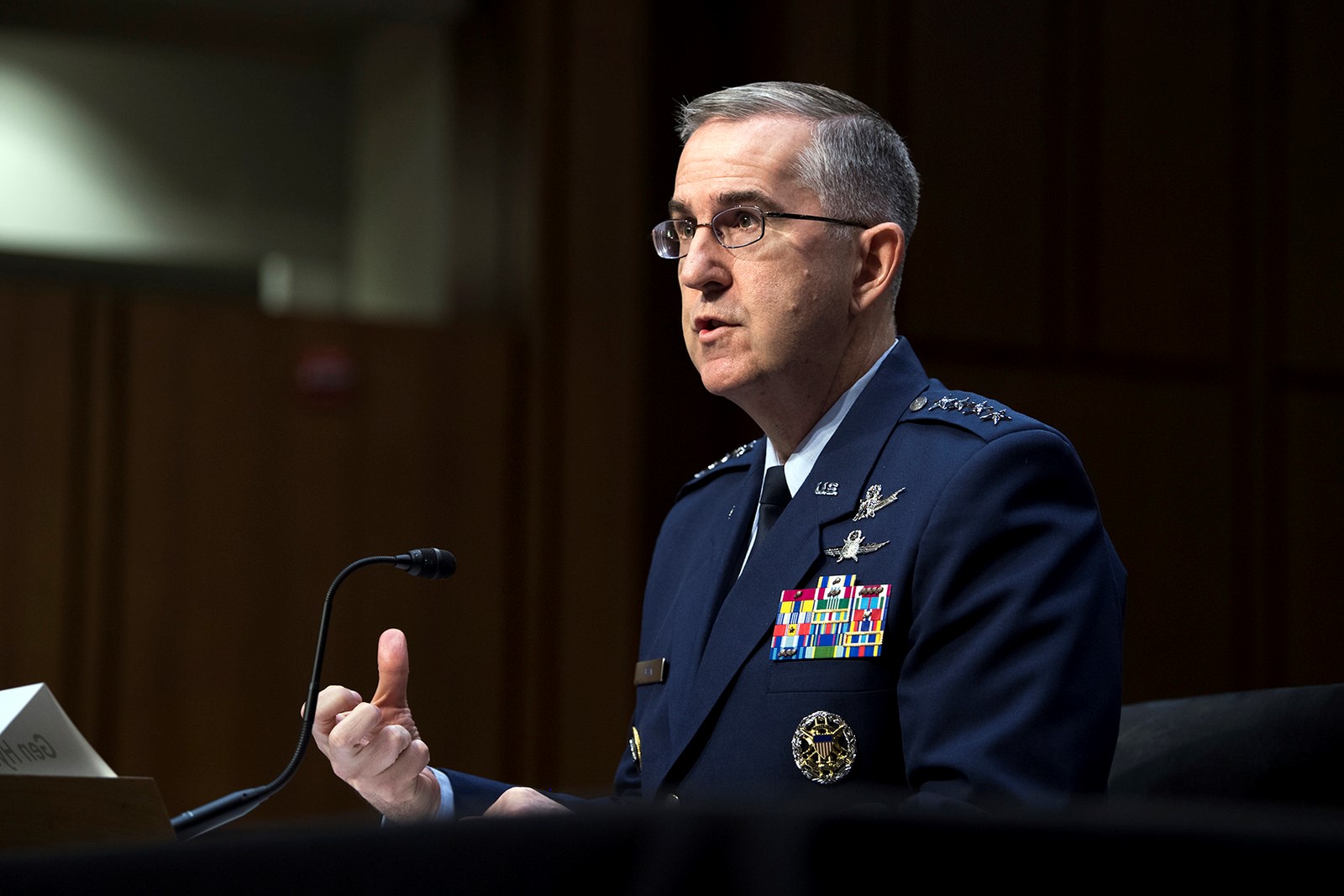 In think tank meetings and congressional hearings, the Trump administration have explained that its Nuclear Posture Review (NPR) aligns with the general post-Cold War consensus that the United States will possess nuclear weapons that are safe, secure, and usable but never actually used.

It follows all recent U.S. nuclear strategies in seeking tailored and flexible nuclear deterrence options to convince potential adversaries that they will suffer net losses from any aggressive acts. Indeed, this is the very definition of deterrence—making aggression unprofitable.

This stance, combined with the President Putin’s recent announcement of Russia’s acquisition of a new generation of offensive strategic systems, has meant that the NPR has gained broad support in Congress, the national security community, and among U.S. allies.

In diverse statements, Administration representatives have emphasized that they do not intend to lower the nuclear threshold; expand the reasons for using U.S. nuclear weapons; violate existing nuclear arms treaties; resume nuclear explosive weapons testing; or depart from assurances not to use, or threaten to employ, nuclear weapons against non-nuclear weapons states complying with their nuclear non-proliferation obligations.

The unclassified version of the NPR released last month softens some of the rhetoric of the “pre-decisional” NPR draft leaked to the media in January. For example, the final draft tempers the controversial wording regarding U.S. responses to “non-nuclear strategic attacks,” such as massive cyber strikes.

The NPR mirrors the general consensus that countering cyber threats through enhanced defenses and the preemptive reduction of cyber vulnerabilities is easier, less risky, and more credible than threatening nuclear retaliation.

President Trump will continue to support the International Partnership for Nuclear Disarmament Verification (IPNDV), an Obama-era initiative designed to both limit and highlight the challenges of verifying deep cuts in nuclear weapons stockpiles. The IPNDV aims to persuade other states that eliminating all nuclear weapons immediately, as proposed by the U.N. Treaty to Ban Nuclear Weapons, is impractical.

Despite professing hope for an eventual nuclear-free world, both the Obama and Trump administrations reject the ban treaty as weakening existing nuclear nonproliferation efforts and U.S. extended deterrence guarantees. Under current conditions, these guarantees more reliably limit the incentives of U.S. allies and partners to pursue nuclear weapons.

The Trump team sees recent experiences disprove the idea that reducing the role or number of U.S. nuclear weapons would induce other states to follow a similar path.

Over the past decade, U.S. reduction initiatives have not been reciprocated by Moscow and Beijing. The Trump team has resigned itself to managing a malign international environment in coming years.

The 2018 NPR also makes reasoned arguments, given current conditions and potential future challenges, for not de-alerting more U.S. nuclear forces, requiring congressional authorization for first use of U.S. nuclear weapons, or eliminating one of the three types of U.S. strategic delivery systems, reserve warheads, or all U.S. nuclear bombs in Europe. For decades, Washington has kept some nuclear forces on high alert and eschewed a “no first use” policy that would limit U.S. ability to counter threats to allies.

The Trump NPR prioritizes enhancing the defense of allies, who are referenced more than one hundred times in the text, without expecting additional foreign countries to host U.S. nuclear weapons systems (the proposed supplementary U.S. non-strategic systems are sea-launched).

The administration is also meeting another allied concern—none of the NPR’s proposed changes would violate existing arms control agreements.

The Obama and Trump NPRs are open to formal and informal arms control agreements, multilateral nuclear security projects, and senior-level strategic stability with Russia and China. The Trump NPR would also accept unilateral U.S. restraint to limit mutually destructive “arms race instability” in which one side’s reaction to a threat causes other countries to respond in ways that further decrease the original actor’s security.

For example, the NPR employs such reassuring language regarding Pyongyang. It explains that while the United States will deploy defense and strike capabilities against North Korean missiles, U.S. officials will “also [be] taking steps to preclude an arms race with China or Russia,” for instance by limiting the number and location of these defenses.

Given pre-Trump cost trajectories, the NPR does not propose a major spending increase on U.S. nuclear forces.

The United States is currently spending some three percent of its defense budget on nuclear forces. Under the NPR, that figure would rise to about six percent. A large but likely acceptable sum to the congressional majority given growing security imperatives and the new willingness to break budget priorities.

These funds will be allocated largely toward continuing programs inherited from the Obama administration regarding modernization of the triad of U.S. strategic delivery systems: submarines with ballistic missiles, land-based intercontinental ballistic missiles; and bombers carrying air-launched cruise missiles and gravity bombs (both weapons to be modernized). It also funds the long-intended revitalization of the U.S. nuclear weapons infrastructure.

The new programs proposed in the NPR are slightly modernized versions of existing or previous U.S. non-strategic delivery systems.

Even if fully implemented, they would provide only a few more low-yield warheads and at least one, possibly up to three, types of quasi-novel delivery systems based on types that the Pentagon had extensively deployed previously.

Importantly, the number of U.S. nuclear weapons would not increase even if all three of these systems were built since the lower-yield weapons would replace higher-yield ones in the U.S. arsenal.

Specifically, the proposed systems include: the near-term deployment of low-yield nuclear warheads on submarine-launched ballistic missiles; the possible longer-term development of a new nuclear-armed sea-launched cruise missile; and researching, but not yet deploying, a ground-launched intermediate-range missile.

The administration’s decision to avoid violating any existing arms control treaties through these programs has made the U.S. proposal more acceptable to allies, who want arms control as well as assurance.