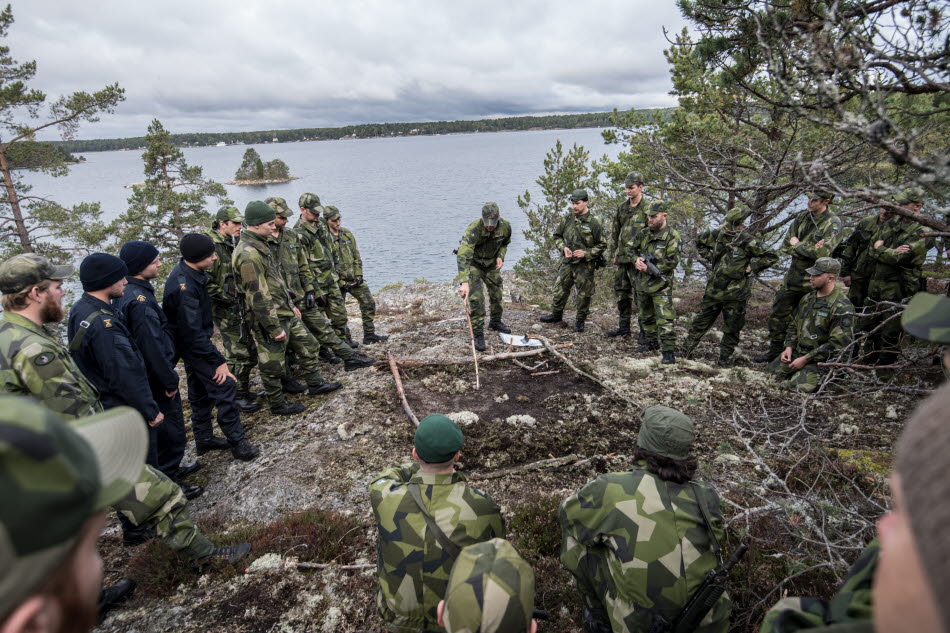 The liberal democracies have much work to do to rebuild the forces and the shape an effective approach to crisis management in the Nordic and North Atlantic defense region.

There are new capabilities coming to the region, notably the P-8s/and Tritons in crafting a maritime domain awareness capability and an operational belt of F-35s from the UK through to the Netherlands.

Shaping an integrated force and one which can leverage missile defense capabilities is part of the way ahead; but this is a work in progress.

In addition, Finland and Sweden are clearly focused on the defense challenges posed by Russia and are strengthening their relationship with Nordic NATO partners and others as well.

Notably, Sweden has recently held the largest military exercise in more than 20 years.

As our colleague Hans Tino Hansen put it in a recent interview:

It is quite interesting to see how Sweden has moved from the 1980s where you couldn’t say “NATO” at all in Swedish security and defense circles.

Then in the ’90s, it became possible to say “NATO,” but you were not allowed to smile.

And then first part of the 21st century, we’ve had Sweden being integrated into NATO operations, for instance in Afghanistan.

This has had a significant impact on Swedish thinking.

And now we see, with the latest exercise, Aurora ’17, the Swedes applying NATO standards to their forces to ensure greater interoperability with its NATO neighbors.

And you can see that they are seamlessly operating together with NATO forces in this exercise.

Finland is of course not integrated to the same level.

But Finland comes with a much different and much bigger defense organization, which at the same time offers new and flexible capabilities to counter hybrid warfare.

It is quite interesting to see that one of the things that was exercised in Aurora ’17 was actually for Finland to reinforce the Swedish island of Gotland in the Baltic.

For the Finns it is crucial that Sweden is able to control and secure Gotland in a time of crisis, let alone a time of war.

The island is in reality an unsinkable aircraft carrier.

In late September, a story written by Jerry Lindbergh and published on the Swedish Armed Forces website highlighted enhanced Swedish-Finnish cooperation evident in the exercise.

For some weeks, things have been happening across southern and central Sweden, and little Hagshult, outside Värnamo, is no exception. The 172nd Fighter Squadron from the Blekinge Air Wing, F17, is based here with six Jas 39 Gripen aircraft to defend Sweden against a heavily armed attack. To help them, they have a unit from Finland, 31 Fighter Squadron, with five majestic F-18 Hornet aircraft.

The Swedish squadron occupies one end of the Hagshult base, the Finnish squadron the other. From a strategically defended location, well inland, they are fighting side by side and facing the enemy over the Baltic Sea, in various scenarios thrown at them by the Swedish exercise control.

– Our operational effectiveness is good, says the Finnish contingent commander and pilot, Tomi Böhm. Our reception here at Hagshult has been excellent and virtually everything has worked flawlessly from day one.

The Finnish unit is acting in the air defence role and flies from early morning until 9.00pm in the evenings. The Swedes have a somewhat wider role, which includes night flying as well as engaging targets at sea.

– At the beginning of the exercise, we generally synched with the Finns, but since then we’ve dealt with our respective tasks independently. I am impressed that we now have a Finnish unit so well integrated into our system, says Swedish squadron commander and pilot Jörgen Axelsson.

Swedish and Finnish operating methods and thinking are not fundamentally different, but there are still challenges. Sharing a common situational picture is new for Aurora 17. And for a foreign unit to have access to Swedish classified information and Swedish orders from the Air Component Commander, requires preparation and rigorous procedures. Everything must work and comply fully with Swedish regulations.

At F17 in Ronneby, preparation work began as far back as spring 2016. All issues, large and small, have been thoroughly analysed.

– Before the exercise we conducted two reconnaissance visits to the base in Hagshult with the Finns. Any challenges we encountered have been resolved through good dialogue and the right technical support, says Hans Evefalk, area exercise leader.

A simple but telling example of the challenges faced is related to the size of the Finnish aircraft. The two-engine beasts carry significantly more fuel than Gripen, which, among other things, put new demands on fuel supply at the base. The weight of the aircraft also means longer take-off and landing distances. In Finland, there is a wire at the end of the runways that “catches” the aircraft if – for any reason – it’s not going to stop in time. At Hagshult this is not the case and, instead, it was decided to clearly mark distances on the runway. So, on landing, pilots can easily determine how much runway they have left, and – if necessary – take off again, if they’ve come too far to stop in time.

Now that the exercise has started, there are routines for everything – including how orders are distributed and dealt with, how transport is coordinated, and the location of all personnel at any given time. Base Commander, Patricia Wall gives a good example of the effective organisation on this temporarily established base.

– We had an alert the other day and quickly had to account for all personnel belonging to the base. Within 40 minutes we had a complete picture of exactly where close to 800 people were located. In addition to food, accommodation, sanitation, logistics, and a range of equipment maintenance and information flows, security is of the utmost importance on the base. Personal security takes pride of place, but materiel must also be protected.

– You can’t have aircraft worth billions, bombs worth millions, personnel with years of training – and not protect them, says Kjell Eriksson, deputy commander in the command team.

Therefore, the Home Guard, who form a large part of the guard force, play a very important role on the exercise.

Both the Swedish and Finnish squadrons operate primarily along the Swedish east coast. They also cooperate with fighter aircraft from F17 in Ronneby and F7 in Såtenäs.

The Finnish squadron has undertaken to conduct six sorties over the course of 16 hours each day. This requires the technicians to work both day and night.

– The base was well prepared and our reception was well organised, so everything has worked very well for us, says Jukka Muhonen, who is in charge of maintenance of the Finnish aircraft. We are fully established in the area we have been allocated.

He explains further that they have brought 10-15 containers of equipment and spare parts by truck from Finland. This also includes their mobile command post. Once on site, we borrow a tow truck from the Swedes. Armaments, which are mostly unarmed Sidewinder and AMRAAM missiles, have mainly been transported mounted on the aircraft. Everything has gone smoothly, which is also the case on the Swedish side.

– You can reflect on how smoothly things actually work, despite the complexity of what we do, says Patricia. We pack up our equipment, which arrives at the new location on a Sunday. Then the aircraft arrive on Tuesday – and we’re up and running.

She is full of appreciation for her personnel.

– From private soldier to company commander – they all know their job and are very professional, even now towards the end of the exercise when fatigue has begun to set in.

Aurora 17 has given both Swedish and Finnish units a taste for more. Sweden and Finland have exercised together before, and for some time now have increased their military cooperation year on year, not least because of common political goals and decisions.

The Finnish Contingent Commander, Tomi Böhm, is pleased with the progress made during Aurora 17, and that Finland has now been integrated into Swedish air defence for the first time.

– It would be great if we can make further progress next time we cooperate, he says. I hope then that we’ll then have the opportunity to contribute with our ground-attack capability.

The Finnish Air Force visited Sweden during the Air Force’s exercise in Visby in 2016. Then they played a role where they attacked Swedish air defences.

The featured photo comes from the exercise and is credited to the Swedish MoD.