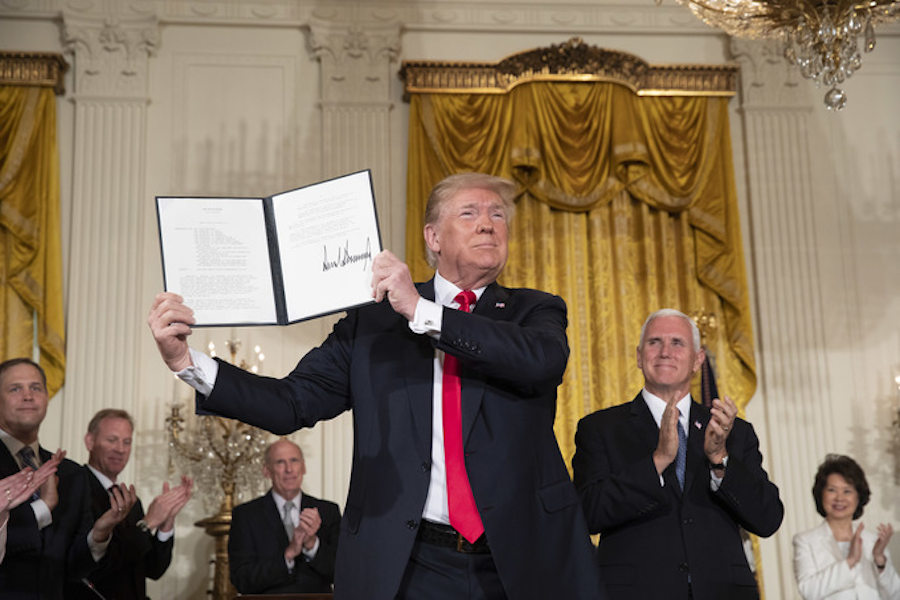 There is much to sort out with regard to a space force, but at least some Wall Street analysts think it will generate greater private sector investment in the sector.

Alexander Nicoll in an article published by The Street highlights a Morgan Stanley judgment that the formation of a space force could launch a trillion dollar industry.

Critics have mocked President Donald Trump’s recent call for the U.S. military to create a “space force,” but Morgan Stanley says the proposal could help create what the firm thinks will become the world’s next trillion-dollar industry — the business of outer space.

“Many investors would rather think about nearer-term themes that are actionable and can impact their portfolios in 2018. However, our conversations with various actors (current and retired) in the U.S. government, military and intelligence communities overwhelmingly indicate that space is an area where we will see significant development,” Morgan Stanley analysts wrote Friday in a research note.

Trump raised eyebrows this month when he called for Pentagon officials to create a sixth branch of the military that would protect U.S. interests in space. But Morgan Stanley said in its note that his idea has some credence to it, as a space force would shore up the country’s national security and get the military to “focus and accelerate investment in key technologies and capabilities.”

The investment bank added that it views the space industry as a “highly relevant investment domain” for the future.

But other market analysts are more skeptical.

The president’s decision to direct DoD to “seemingly gut the Air Force of its responsibility for managing space programs is an interesting one for military historians and defense nerds,” he wrote in a research note. Schweizer said Trump’s decision has kicked off a “classic D.C.-style fight in which the commander-in-chief wants to do something that his own Pentagon doesn’t.”

The Air Force will undoubtedly seek to “study” how best to accomplish the president’s direction (the patented bureaucratic slow-roll) but Space Force proponents in Congress will be looking for change in next year’s defense authorization bill.

BOTTOM LINE: “We don’t expect that the creation of Space Force will be meaningful in the short-term for space programs and spending as there was increased focus and funding anyway.”

The good news for space is that the Air Force “won’t be able to short change space programs for shiny new fighters and bombers.”