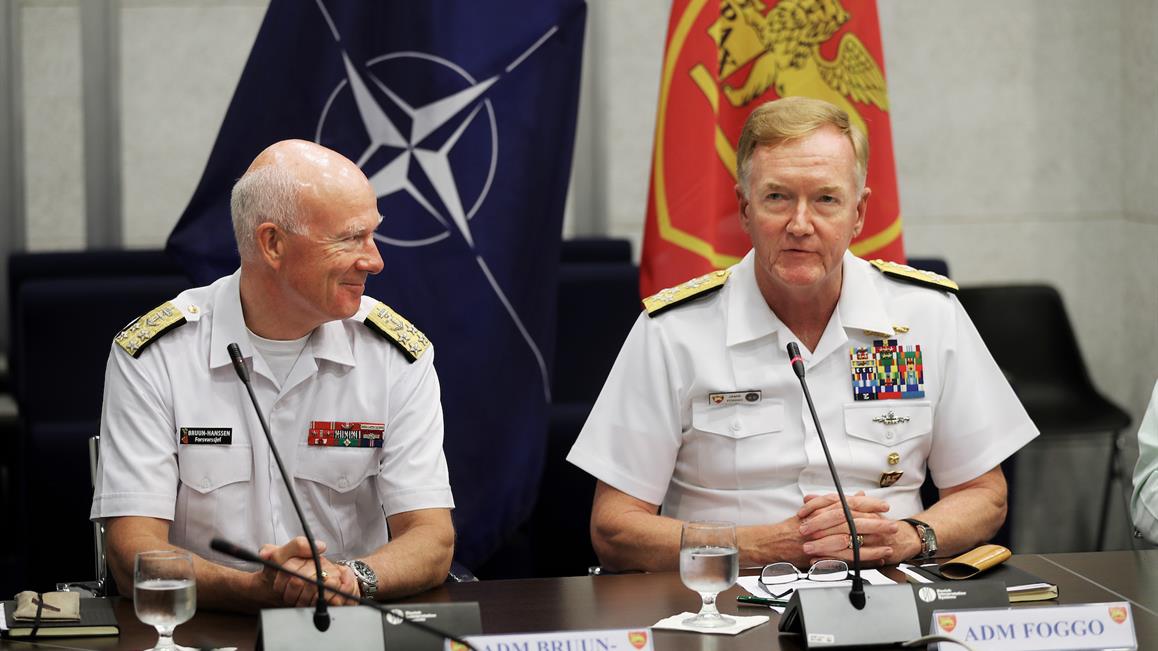 Recently, we looked at Trident Juncture 2015 and compared it with the upcoming Trident 2018 exercises.

Their evolution highlights the strategic shift whereby NATO needs to mobilize force more rapidly to deal with European threats, and Norway needs to enhance its Total Defence Concept capabilities to support NATO engagement in the Northern Tier in case of a crisis.

The Norwegian Ministry of Defence recently provided an update on the preparations for Trident Juncture 2018 in a story published on July 10, 2018 on their website.

The largest military exercise in Norway since the cold war is getting closer. This October more than 40,000 soldiers from some 30 countries arrive in Norway for NATO’s high-visibility exercise Trident Juncture. The exercise will be led by American Admiral James Foggo, Commander of the Allied Joint Force Command in Naples, Italy.

In February, Admiral Foggo visited Oslo and Norwegian Chief of Defence, Admiral Haakon Bruun-Hanssen. Last week, it was Mr Foggo’s turn to welcome his Norwegian colleague to Naples. Trident Juncture 18 was naturally one of the main topics during the visit, and Admiral Foggo says that the preparations for the exercise are going well.
“We are still on track thanks to thorough preparations. Now we look forward to speed things up after the summer”, Admiral Foggo said during a press meeting in Naples on 3 July.

10,000 vehicles, 40,000 soldiers, 130 aircraft and 70 vessels will be coming to Norway for the exercise. The first shiploads arrive in southeast Norway after the summer, and from there the materiel will be transported to the main exercise area in central and eastern Norway.

“Norway is an exceptionally great place for an exercise like this, and Norway has been a faithful member of the Alliance since its start. Trident Juncture 18 will be an excellent opportunity to test both personnel and materiel”, Foggo says, adding:

“And in October–November the weather can be really rough in Norway, so we look forward to be tested in cold weather operations”.

“We have held several similar exercises in Norway earlier and NATO allies need to learn how to handle cold weather, so we are happy that NATO wanted to hold the exercise in Norway, Mr Bruun-Hanssen said.

Both Foggo and Bruun-Hanssen have background as submarine officers, and their common background has created a great relationship between the two Admirals. Now they both look forward to Trident Juncture. The exercise will be challenging both for NATO and for Norway, who will be receiving materiel and personnel from over 30 countries.

“This allows us to test our total defence concept. Some things will probably not go exactly according to plan, but we will learn from it”, says Mr Bruun-Hanssen.

The two Admirals point out transparency as an important aspect of the exercise. The Alliance has invited observers from all the countries in the Organization for Security and Co-operation in Europe (OSCE), including Russia.

“We are transparent in the way we speak about the exercise. We have no secrets; everyone knows when the exercise starts, and when it ends”, Foggo says.

Equally important, Trident Juncture will be showing how the countries of NATO stand together.

“This is an exercise where all 29 member countries participate. It is hard to find a clearer sign of unity than that”, says Admiral Bruun-Hanssen.

According to the Norwegian Ministry of Defence:

The exercise will test the whole military chain – from troop training at the tactical level, to command over large forces. It will train the troops of the NATO Response Force and forces from other allies and partners, ensuring they can work seamlessly together.

This exercise has air, sea and land elements, and Norway offers the possibility to train realistically in all of these domains. The cold and wet weather will pose additional challenges for NATO troops, and will train them to operate in extreme conditions.

Norway offered to host Trident Juncture 18, and NATO accepted the offer more than four years ago. Norway has a long tradition of hosting major allied and multinational military exercises. Among them are Cold Response, Dynamic Mongoose and Arctic Challenge.

WHY DO WE EXERCISE?
Since 2014, collective defence has become a more prominent feature of NATO, due to the changes in the global security situation. In order to train and test NATO’s ability to plan and conduct a major collective defence operation, the Alliance has held several large-scale exercises. This autumn, the turn has come to Norway.

Trident Juncture is also a great platform to cooperate with close partners like Finland and Sweden – exchanging best practices and working together to address crises.


For a flip book version of the report, see the following: