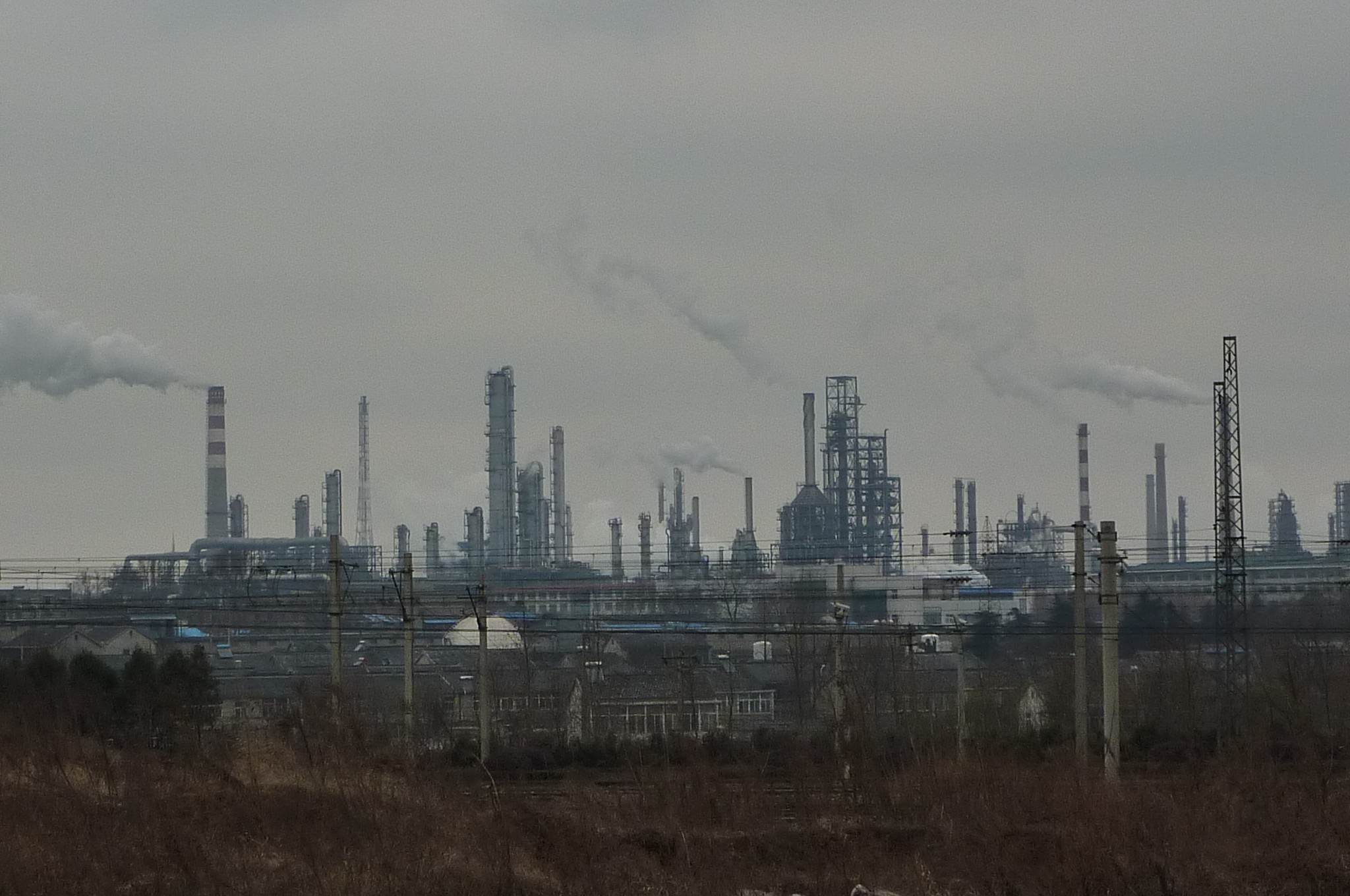 China has a relentless focus on energy security, leveraging their domestic resources, their Russian relationship and imports from the democracies, such as Australia.

In an article published on November 28, 2012, Richard Weitz highlighted the core approach.

A drive for energy security is a central reality of Chinese foreign and security policies.

The People’s Republic of China (PRC) can no longer sustain its rapidly growing economy without importing massive quantities of energy.

China’s rapid economic growth has fueled a demand for energy that has outstripped domestic sources of supply.

To compensate for the projected underproduction of domestic energy sources given further increases in anticipated energy consumption, the Chinese government has pursued a subtle energy security strategy that includes three major components:

(2) Expanding China’s energy mix to reduce the nation’s dependency on fossil fuels and contain pollution, and

3) Diversifying sources of foreign energy to limit dependence on any single country or producing regions.

The body includes the deputy chairman of the joint chiefs of PLA staff as well as the minister of state security, but not anyone in charge of negotiating China’s climate change policies.

Beijing’s ambitious “energy diplomacy,” which has kept Chinese diplomats engaged throughout the globe, has thus far proven successful in achieving these three pillars, but the PRC has not avoided alarming other countries in the process.

These states worry that the Beijing’s vision of a zero-sum world energy game could threaten their own energy security.

In addition, for a PRC government that has always sought to limit its dependence on foreigners, the country’s growing reliance on external energy sources presents a major economic, political, and diplomatic challenge. The globalization of the energy market necessitates interdependence with foreigners.

While affirming support for “win-win” outcomes and declaring its intent to become a responsible global stakeholder, China has extended a wary welcome to carefully vetted opportunities.

Even so, since energy policy, environmental policy, economic policy, national security policy, and foreign policy are all inextricably linked, PRC policy makers remain alert to developments that could compromise their diverse goals in these areas.  They have enforced such principles and safeguards as insisting on non-interference in Chinese domestic policies by foreign partners, tight control over information on government decisions and actions in the energy market, and treating international pressure to change its policies as an affront to China’s sovereignty.

As in other areas, the central government has had difficulty in recent years in controlling the large number of newly independent actors in China’s energy sector, which range from energy companies to military and intelligence agencies, especially when these operations extend to China’s provinces or to foreign countries.  Past bureaucratic restructuring has failed to assure the development and implementation of an integrated national energy policy under Beijing’s direction.

Additional Chinese vulnerabilities result from conditions in important foreign energy regions. Since China obtains more than half of its energy imports from the Persian Gulf, PRC policy makers remain concerned that these flows are vulnerable to local political instability (whether in Iraq, Iran, or elsewhere) as well as interception by potentially hostile military powers, especially the U.S. Navy, or predations by pirates.

China’s energy trade with neighboring Russia and certain Central Asian countries have increased in recent years and can be expected to grow further.

Since oil and gas from Russia and Central Asia can reach the PRC via land, these supplies are less vulnerable to Western interdiction efforts. Despite this proximity, however, various problems have resulted in Russian and Central Asian energy supplies currently accounting for less than 10% of China’s total supplies.

Beijing’s ties with several of these countries is diplomatically contentious due to the ripple effects of dealing with the U.S. and Europe while also conducting business with governments hostile to Western powers.. Similarly, while China cooperates with India, Japan, and the United States on many energy issues, the PRC’s expanding energy ambitions and exclusionary practices have already brought Beijing into conflict with these other major energy-importing countries.

Since the early 1980s, China’s economy has grown at an unprecedented rate, with a concomitant increase in energy consumption. Combined with a population of more than a billion people and limited domestic supplies of fossil fuels, these transformations have led the PRC to become a net importer of oil in 1993, following years of exporting oil. By 2006, China had become the world’s third-largest net importer of oil and the second-largest consumer of energy in general.

China surpassed the United States in 2009 as the world’s largest auto market, when it grew by almost 50%, making it attractive to industry leaders hit hard by the economic recession The rise of the Chinese middle class will continue making tidal waves in the energy market, as more cars means more oil consumption.

According to the Energy Information Administration (EIA), China’s energy resources will not cover the PRC’s growing demand, particularly for oil and natural gas. Although China has substantial coal reserves (with 33% of global supply, the PRC has the third-largest reserves in the world), its oil (2-3%) and gas (1%) reserves are extraordinary small compared with China’s share of the world’s population or geographic area.

Despite Beijing’s continued hopes regarding the domestic exploration and production of oil, the mature oil fields that currently produce the majority of the PRC’s crude oil, including Daqing, Shengli and Liaohe, are depleting rapidly. While gains in offshore production can help offset declines in onshore production, China’s crude output is projected to remain relatively flat during the next two decades.  Natural gas consumption as a percent of total energy consumption was only 3% in 2004, but is expected to rise to 8% by 2030.

In contrast, China is the world’s largest producer and consumer of coal.

At the turn of the millennium, the country saw a steady increase in coal consumption, reversing a trend seen from 1997 to 2000.  Despite China’s determination to diversify fuel sources, coal has accounted for about 80% of the PRC’s total energy consumption in recent years.

The EIA predicts that China’s coal consumption will increase at an average rate of 3.5 percent per year to 2035, requiring substantial investments in new coal-fired power plants and associated electricity transmission and distribution networks (though much of this coal use if for industrial production rather than generating electricity).

In 2009 China become a net importer of coal, despite the fact that it is the largest coal producer in the world. The PRC imported 137 million tons of coal that year, along with the 2.971 billion tons of coal produced within China.  Even with this substantial increase in coal-fired generating capacity, the EIA projects the share of coal in China’s total energy generation to decrease slightly from 80 percent in 2007 to 74 percent in 2035 due to the more rapid growth in nuclear, hydroelectric, and other renewable energy production.

PRC policy makers have increasingly placed their hopes on developing these and other newer domestic energy sources. Although China’s electricity will continue to be overwhelmingly supplied by burning conventional coal supplies, the PRC plans to increase substantially its use of nuclear power.

An even more important renewable energy source, at least in the near term, is hydropower. Total hydroelectric output in China in 2009 was 615.64 billion kWh, constituting 16.6% of all electricity generated, the highest total in the world. If it becomes operational next year as expected, the Three Gorges Dams project will be the largest hydroelectric power station in the world, with a total capacity of 22.5 GWe.

China has been investing heavily in its renewable energy sector since adoption of the 2005 Renewable Energy Law. Between 2005 and 2009, China has invested $34.6 billion in renewable energy technologies, almost twice as much as the United States for that period.

The PRC has become the largest manufacturer of wind turbines and solar panels in the world. Renewable energy consumption accounted for 9% of total energy consumption in 2009, with a target of 15% in 2020. Wind power capacity alone grew 30-fold, from 0.8 GW at the end of 2004 to 26 GW by the end of 2009.  The PRC also leads the world in coal-to-liquids production, and account for more than half of the world’s total production of these sources by 2035.

Even here, however, China’s domination of the production of renewable energy technologies has created tensions between Beijing and foreign countries.

A recent case filed with the U.S. Trade Representative by the United Steelworkers union charges that “China has utilized hundreds of billions of dollars in subsidies, performance requirements, preferential practices and other trade-illegal activities to advance its domination of the [renewable energy] sector.” The case is one of many filed against China, though it was the first to come before the World Trade Organization.