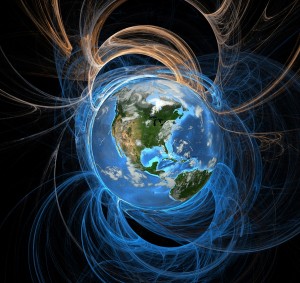 With the Chinese actions in the South China Sea, energy policy is a key element clearly of any US and allied Pacific strategy.

In an article published first on January 11, 2013, I highlighted a broad look at what energy security policy for the United States required.

Energy security is a key element of national security. The missing piece of America’s energy security policy, in turn, is the glaring absence of a strategy to coordinate and secure the enormous energy resources of the Western hemisphere.

Today, America is over-dependent on the increasingly volatile Middle East, China is increasingly aggressive in its quest for energy sources worldwide, and Russia is exploiting its energy reserves not just economically but as an instrument of global power. Clearly it’s important to reduce demand through various domestic means and to increase supply from alternative sources. But for now and even the mid-term future, it is more realistic to generating energy now and in the mid-term via an effective national energy policy which relies on the Western Hemisphere.

In earlier analyses for AOL Defense, I focused on the need to defend the American littorals, on the defense of Alaska, and on Arctic engagement. These are key elements in allowing the US to move a realistic energy independence policy rooted in the Western Hemisphere.

Three Pacific states are critical in this effort: Canada, the United States, and Mexico. Unfortunately, politics in Washington have made such an energy nexus very difficult to forge. An effective Pacific strategy requires greater capability for these Western Hemisphere Pacific powers to tie their energy producing and transportation systems together.

1) The first key element is the evolution of Canadian policy in terms of energy and Arctic development. A central element of such a policy is the re-working of its pipeline systems. One pipeline is designed to ship product from a British Columbia port to Asian customers (the Northern Gateway pipeline). The second is designed to move product from Canada into the United States through Montana and South Dakota.

The current pipeline is to be extended deeper into the United States – the Keystone Pipeline XL – but doing so has been blocked by U.S. policies. And President Obama simply postponed the decision on whether or not does this until sometime this year, in spite of the obvious turmoil in the Middle East.

The Keystone Pipeline System is a system to transport synthetic crude oil and diluted bitumen (“dilbit”) from the Athabasca oil sands region in northeastern Alberta, Canada to multiple destinations in the United States, which include refineries in Illinois, the Cushing oil distribution hub in Oklahoma, and proposed connections to refineries along the Gulf Coast of Texas. It consists of the operational “Keystone Pipeline” and “Keystone-Cushing Extension,” and two proposed pipeline expansion segments, referred to as Keystone XL Pipeline and the Gulf Coast Project. After the Keystone XL pipeline segments are completed, American crude oil would enter the XL pipelines at Baker, Montana and Cushing, Oklahoma.

2) The second key element is US policy in Alaska and the Arctic.

The U.S. is dragging its feet on Alaskan oil and gas development, and the current pipeline is not operating at anywhere near full capacity. And, of course, the foot-dragging on Arctic drilling, which clearly could be connected to this pipeline, raises questions about the ability of the pipeline to provide a surge of support to the American economy in a crisis. (Click here for a look at the capacity issue for the pipeline).

The security and defense of these areas – in both Canada and the United States – will be of increasing importance to NORTHCOM.

There are significant resources at stake: oil, gas and rare earth minerals, to name a few. The Arctic Five — Russia, the US, Canada, Norway and Denmark — are the major claimants to the known resources. But others are eagerly involved in staking claims to what is not claimed and pouching on what is.

Most ominously, an increasingly assertive China has clearly marked the Arctic as a domain of strategic significance by their land grab for rare earth minerals in Greenland, their building of new icebreakers, and their focus on the strategic impact of the new transportation routes for commercial and military purposes. Much as the recent Chinese e-passports lay claim to resources in the South China Sea and India, their activities in the Arctic are clear indications of intent.

In our recent interview with the NORTHCOM/NORAD Commander Gen. Charles Jacoby, the General underscored the importance of shaping an effective Arctic strategy, notably with Canada.

“Three or four NORAD commanders from now, the Secretary of Defense or the Canadian Minister of Defense is going to ask, who is coming back and forth through the Bering Straits, what are they doing in the Arctic, what are their capabilities, and does that represent a threat?” Jacoby asked. “We can wait and surge capabilities to respond and spend enormous amounts of money in a crisis, or we can try to shape the capabilities we need over time to be prepared to answer those questions.”

3) The third key element of a Western Hemisphere energy policy is the role of Mexico after the return of the PRI to power as a result of the 2012 elections. The PRI is crafting a different energy policy, one that emphasizes exploitation of resources and enhancement of the Mexican economy from a resurgence of an energy sector.

The new President, Enrique Peña Nieto, declared that “Pemex (the Mexican state owned energy company) needs to benefit from associating with the private sector in order to make its production more dynamic and increase its profitability and transparency. We need to attract national and international private capital with regard to Exploration and Production where we can undertake more risk than is currently allowed. With regard to Refining, we also need to allow private investment. The formula for success consists in achieving a political consensus to achieve the ‘optimum mix’ between governmental action and private action within Pemex.”

Reform will be difficult in Mexico, but the new government clearly wishes to move in a new direction and augment the capabilities of Mexico overall in the energy sector.

Will renewed Mexican activism be folded into comprehensive U.S. leadership of a Western Hemisphere policy in which safety, security and defense are blended into an effective policy? Will the defense of the littorals and the role of American ports and refineries be included in an effective Pacific policy?

Assuming the U.S. could sort out an effective working relationship with Canada and Mexico on common infrastructure – pipelines, ports, refineries, etc. – and an effective way to provide security for the infrastructure, a key foundation would be laid for “fueling” forces for a Pacific Strategy.

And by working through a transparent and even handed relationship among the three, the United States would be in a position to use those foundational capabilities to work with others in shaping a more comprehensive and inclusive Western Hemisphere energy policy. For example, an effective Western Hemisphere energy policy can be extended southward to non-Pacific states as well, notably Brazil.

Brazil is a key energy power in the world today, and one which does not mind drilling for oil offshore. Its government is deeply concerned with the safety and security of offshore drilling, and the US efforts in coping with the oil spill in the Gulf, rather than being hidden behind political embarrassment, could be wrapped into an effective set of national tools for influence and solid foundation for global cooperation.

Although we hear much about securing the global commons from the Administration, apparently it does not embrace a Western Hemisphere energy policy. It is about time it did.