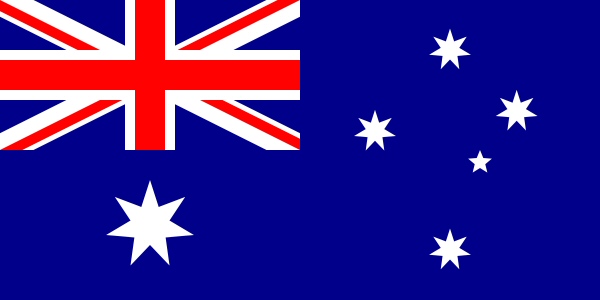 2014-03-25  The global interdependence of the 21st century poses significant challenges when states are forced to handle disruptions, and when competitors to shape outcomes to their advantage use disruptions.

The crisis in Ukraine certainly brought home the dependence, which Europe has on energy supplies from Russia; in particular, German options in response to the crisis and to shape effective responses to Russian actions have been severely constrained by dependence upon Russia for energy needs.

This provides Russia with greater room for maneuver in pursuing its interests and shaping its options.

Russia has been abetted as well by its rising influence in the Middle East with the ebbing of the “Arab Spring” and significant uncertainties about stability in the region with its impact on the role of oil and gas exports from the region as well.

If the United States and Europe really wishes to get Putin’s attention, it would be about going after the revenue the Russians receive from over-dependence of the West on Russian energy sources.  And President Obama would move ahead with the new pipeline with Canada and accelerate an effort to exploit oil shale and other capabilities for greater energy independence.  Germany could as well address its non-existent energy independence policies.

Europe and the United States have also been affected by the two powers inability to address refinery capacity.  The decline in refinery capacity in both – largely for environmentally charged reasons – has put both in a situation where an ability to surge stockpiles has been significantly reduced over time.

Over the past decade, most refining capacity addition has taken place in the Asia-Pacific and Middle East. This creates a favorable economic situation for liquid energy importers but not so much from a security point of view, whereby Europe and the US are in growing vulnerabilities to supply disruptions. Put in other terms, both regions rely more heavily upon the imports of liquid fuel from overseas refineries.

In turn, this enhances the importance of global maritime shipping, an area also under threat from instabilities in areas such as the South China Sea and the Malaccan Straits.

However challenging for Europe and the United States, Australia is in a significantly worse position.

As an island continent at the bottom of the Asia Pacific region, Australia is heavily dependent upon liquid energy imports and with a rapidly disappearing domestic refinery production capacity, these imports necessarily are with regard to refined end products as well.

In reports produced in 2013 and 2014, Air Marshal (Retired) John Blackburn has highlighted the challenges for Australia and the importance for Australia to reshape its energy approach to avoid an inevitable crisis flowing from its situation of energy dependence. The rest of this article is drawn from Blackburn’s reports.

The combination of diminishing refinery capacity along with over-reliance on a stable flow of imports from Asia, the Middle East and North America, has led to a situation where no country would wish to be: Australia currently possess the equivalent of only 23 days of actual consumption of liquid fuels in country at any one time.

This means that the country is subject to significant disruption. Beyond the question of the disruption of supply from an unstable Middle East, there is the direct impact of any disruptions in Asia itself.  As of 2011, Singapore provided 51% of Australia imports of petroleum products.

The threat from disruption of shipping lanes in the Asia Pacific region is a major one.

In times of significant economic turbulence, the security of shipping lanes is also an issue for consideration. Piracy, accidents, natural disasters, threats from state or non-state actors and closure of shipping lanes in times of tension or conflict – they all have the potential to impact the free flow of shipping and the timely delivery of oil supplies to Australia.

Defense planning has for decades included scenarios of defending the sea-air gap to the north of Australia. In such contingency operations, imported oil and petroleum supplies could be adversely impacted. In particular, Defense operations in the north of Australia would rely on the shipment of processed fuels into ports across the north of the country as there is not sufficient transport capacity in-country to transport the required amounts of fuels by land.

The shipping lanes to these ports would run through the potential area of operations and would therefore be at risk. It is concerning to note the Defence Minister’s recent speech to the Lowy Foundation: “Fuel supply is a critical factor in sustainability … While the fuel supply chain can meet current requirements, its resilience under the stress of major operations is much less certain.”

Ports In States with no refineries (South Australia, Northern Territory, Tasmania and NSW [by 2014]) all liquid fuels must be imported. Ports can be subject to disruption from a range of incidents including accidents, equipment failures, industrial action, natural disasters and terrorist attacks. For example, the primary fuel port in South Australia is at Port Adelaide; a single, narrow, shipping channel services the port. A blockage of that channel as the result of a shipping accident/incident, could result in significant and prolonged disruption to fuel supplies for Adelaide and a large part of the state.

Such a disruption would be beyond the ability of market forces to respond, given the inability to transport sufficient fuel stocks overland to South Australia. Similarly, the

Darwin Port Facilities could be a limiting factor as they would be the single point of entry for fuels to support domestic demands and potentially a significantly higher demand for Defense operations in times of contingency operations.

The defense and security of crucial infrastructure is a crucial requirement facing modern nations, whether it is energy or cyber security.  To achieve a better situation for Australia, Blackburn proposes ways whereby Australia can put itself in a situation whereby a reasonable supply of energy stocks can be generated within Australia to allow for effective risk management when facing regional or global instability or threat situations.

30% of our transport supply would be secure from source through to delivery.  This would ensure basic services could function in Australia in the event of a major and sustained liquid fuel supply disruption.

To achieve 30% liquid fuel security at least cost we would need to implement a balanced portfolio of initiatives that:

These alternative fuels could include:

While this approach sounds relatively straightforward, it would not be easy to achieve.

Blackburn is following his own recommendations as he drives an electric car (a Nissan Leaf) and has installed solar panels on the top of his house.