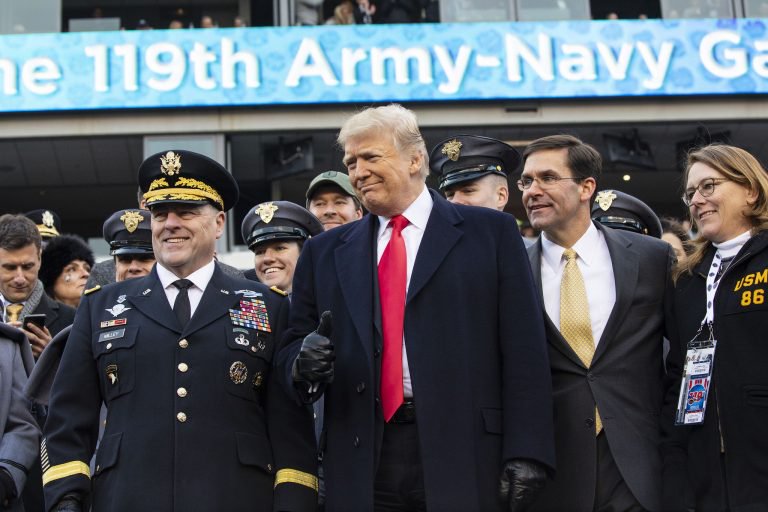 The first quality of a great leader is the courage to break with the past when the facts change. For President Trump, facing facts means change. But real change—ending the Korean War, disengaging forces from Syria, Iraq and Afghanistan—is anathema to just about everyone inside the Washington Beltway.

It’s tempting to view the recent attacks from within his own party on Trump’s decision to leave Syria or the public wounds inflicted on the president by an ungrateful national security advisor as unique in American history, but that’s not the case. In 1969, when President Richard Nixon first confided his intention to seek a rapprochement with China—three years before Nixon’s historic trip to Beijing—members of his own Administration were not enthusiastic.

Nixon’s National Security Advisor, Henry Kissinger, reacted to Nixon’s decision with more than a little trepidation: “Our Leader (President Nixon) has taken leave of reality. He thinks this is the moment to establish normal relations with Communist China.” Kissinger later revised his opinion, but Kissinger’s initial reaction demonstrates that Washington’s emotional investment in the past all too often overwhelms reason and obscures opportunity.

Fortunately, President Trump is not easily deterred. In Northeast Asia, the president is pursuing a strategy aligned with Nixon’s strategy in 1972. It’s designed to reduce and, ultimately, eliminate the potential for armed conflict between China and the United States.

Trump’s determination to move forward with a new summit is based on much more than the president’s perception of North Korea as the poster child for the failure of state socialism, a Northeast Asian State with a sub-Saharan African economy and a dying society sinking deeper and deeper into despair. President Trump also knows that half of China’s investment in national defense is committed to internal security.

The true rationale behind President Xi’s being granted exceptional authority is the real potential for nation-wide unrest if the Chinese economy’s slowdown results in a potentially destabilizing “hard landing.” It’s an open secret that Xi has chosen Seoul to manage North Korea’s decline. Thus, President Trump knows what Nixon knew: The United States and China have no compelling reasons to be enemies.

In Iraq, Syria and Afghanistan, President Trump confronts a different challenge: A legacy of American military and political disaster that even the launching of U.S. military operations on the scale of Desert Storm could not reverse. After 9/11, Americans went abroad in search of a new enemy—Islamist Terrorism—to destroy. Trump knows these military operations failed.

President Trump is well aware that the American military supplanted a secular Arab dictatorship only to replace it with Iranian political, military and economic domination of Iraq. Having lost 800,000 soldiers in its fight with U.S.-backed Iraqi Forces in the 1980s, It’s painfully clear to Trump that Tehran will now fight any attempt by any foreign power to install an anti-Iranian regime in Baghdad—an Iranian version of the Monroe Doctrine.

President Trump knows that when U.S. forces withdraw from Syria, then Moscow, Damascus, Tehran and Ankara will try to craft a solution to the civil war’s devastation. Yet, Trump knows that solution will remain vulnerable to the violence of ruthless groups across the region. He also knows that Iran and Turkey will both compete for regional hegemony, but, like Russia, Iran and Turkey lack the economic strength and societal cohesion to bear the heavy burden that the competition will impose.

Perhaps, most important, Trump understands that Israel’s very existence reminds its neighbors of Israel’s ability to create and master the advanced technologies of modern warfare; an agonizing reality that is not lost on Ankara and Tehran. Israel’s actual power is disproportional to its size and this condition is unlikely to change in the next several decades.

In Afghanistan, President Trump understands that chaos will persist whether the U.S. military remains engaged or not, but Afghanistan’s neighbors will act to contain it. For reasons that have nothing to do with the U.S., Russia, Iran, India, PakistanRussia, Iran, India, Pakistan and Afghanistan’s Central Asian neighbors will try and prevent the reintroduction of terrorist camps and to suppress drug-related criminality. Though imperfect, stability will return, though it may be in a form that involves cooperation with regional actors Washington abhors.

President Trump is breaking with the past. He’s arguing that Washington must cut its losses, withdraw its forces, climb out of the Middle Eastern and Afghan money pits, and acknowledge that Seoul (with U.S. backing) won the war on the Korean Peninsula. Washington hates him for doing these things, but most Americans and future generations of Americans will love him for it.

Doug Macgregor, is a decorated combat veteran and the author of five books. His latest is Margin of Victory, (Naval Institute Press, 2016). The retired Army colonel may be best known in the military for his book, Breaking the Phalanx.

The featured photo shows President Trump with his next presumptive Chairman of the Joint Chiefs, Gen. Mark Milley

The editor of Breaking Defense opened the article with these words:

President Trump is breaking with the past.

He’s arguing that Washington must cut its losses, withdraw its forces, climb out of the Middle Eastern and Afghan money pits, and acknowledge that Seoul (with U.S. backing) won the war on the Korean Peninsula.

Washington hates him for doing these things, but most Americans and future generations of Americans will love him for it