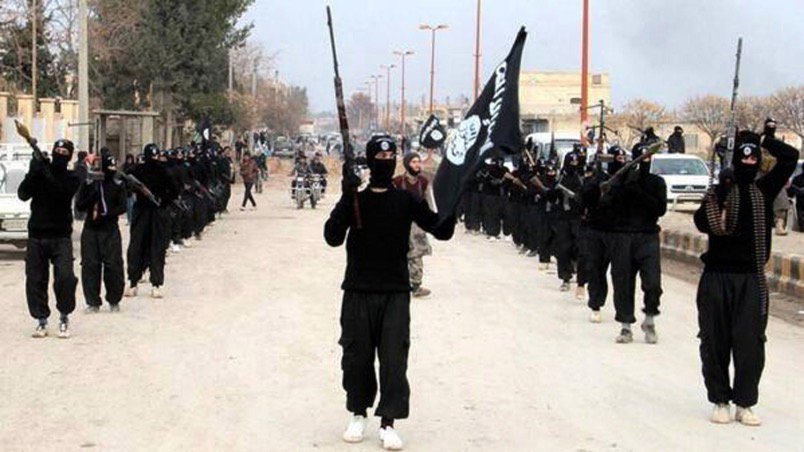 In an article which we published in Breaking Defense on January 19, 2017, we focused on what we viewed as a key challenge facing the new Administration, namely, clearly defining what the defeat of ISIS would mean.

We argued that instead of engaging in the endless war template, there was a clear need to shift to a more clearly defined and achievable set of objectives.

And this course has been followed with significant success.

What follows is the article as published on January 19, 2017:

President-elect Trump has promised to destroy Daesh. If Trump wants to avoid being the third Administration in succession to sink into the morass of the Middle East, it is essential to first ask what declaring victory would look like.

Part of the West’s challenge is rooted in that Daesh is a brand inside a religion and not just a terroristic military movement. It is a brand defining radical Islamic rejection of Western values and of the Western way of life.

It is very difficult to defeat a brand, but it is possible. How do you marginalize Daesh? How do you reduce its shelf life? You define victory as marginalization. How do you get there?

First, you must marginalize Daesh in the world of ideas. They are a brutal force which asserts that only they have the right to rule in the Middle East and beyond. We can call them extremists, but that is not enough. We need to engage in the battle of ideas as well. For Daesh Western secularism and tolerance are the enemy, not Jews or Christians, Shiites or Sunni; it is about power dominance via exploiting ideological purity and mobilization of the “faithful” to achieve the purity of rule desired by the Daesh leadership and followers.

In many ways, President-elect Trump is America’s first Information Warrior president. Turning those skills into a crucial tool shaping IW against Daesh and exposing them for what they are is a crucial challenge, which requires focused attention and funding. Part of the reason for the defeat of the Soviet Union was Radio Free Europe and its key role in fighting against the imperial Communist regime.

Information War is a crucial instrument in battling Daesh. But IW is but one part of both a strategic vision and a tactical engagement. There is a word describing German Army doctrine in World War II that resonates to this day: Schrecklichkeit. The word means “dreadfulness” or “frightfulness.” But this embodied a doctrine employed by the advancing German Army to subdue any opposition after they conquered the conventional military forces. Anyone who has watched a movie about the Resistance in Europe knows how the Germans operated. If the Resistance killed a German soldier or made the Germans look ridiculous or impotent the Nazi forces would round up innocent members of the civilian population and either kill them or send them to concentration camps. Daesh are current truly world-class bad guys, as fanatical as the Khmer Rouge showed themselves to be in their killing fields. Daesh are using the brutality of the horror of psychological terror as a weapon to their advantage in their 21st Century way of war. This is just like the Khmers and the German Army.

Second, you marginalize Daesh financially.  A key dimension to our victory is to focus on Daesh’s money and corruption. Author Ed Timperlake was part of a congressional delegation to the Middle East in the late 1990s and met with Hanan Ashrawi,  a Palestinian legislator, activist, and scholar, shortly after she had resigned as Palastinian Authority Minister of Higher Education.

Ashrawi has a PhD from the University of Virginia and is a Christian whose physician father was one of the founders of the PLO. She provided a key insight when she told us she broke with Yasser Arafat over his dictatorial tendencies and the reek of corruption. She pointed out that Western strategy often focused only on the religious dimension in problems of war and peace. In fact, the greed and corruption of some Islamic leaders is a major motivational influence to fomenting conflict and positioning themselves for wealth. (See the Arab Spring). So one marker of victory over Daesh is the global defunding and seizure of money and assets of those who support them.

An additional insight into huge corruption inside a theological Islamic-run state was raised during a 2014 session held at the Holocaust Museum. The meeting focused on the moral threat from Daesh. Sarah Ahmed, a Muslim assistant to Canon Andrew White, also known as the Vicar of Baghdad, was fearless in speaking out about the impracticality of having religious leaders running a nation. Her comments highlighted the role which Islam can play not just as a religion in the Western sense, but as a political vehicle used by some for simply power, and personal greed.

Third, you deploy forces to strike and kill Daesh followers anywhere you can find them. It is impossible to eliminate Daesh from the face of the earth, but you can certainly provide a constant and vigilant strike force to prevent their concentrating forces.

Here the new President-elect is significantly aided by the expanding capabilities of the US and allied sea bases to execute lightening strikes. Forces can be moved around the point of attack to enhance unpredictability while reducing the vulnerability of ground forces by relying on insertion forces, leveraging the sea base. The kill and tweet approach of our terrorist opponents becomes a lot more difficult if you can not find the Americans until they descend upon you with intent to kill.

Put bluntly, President Trump will have the means to change how the battle is fought and he need not repeat the mistakes of the last decade of land wars.

Insertion forces are a key tool, and with the changes in how amphibious task forces operate and with the coming of a whole new capability associated with the USS America, the sea base is adding to its capability for the insertion of forces that will assault, destroy and withdraw.

Changing the nature of the force being used against Daesh and reshaping the operational compass against a mobile force which likes to pop up across the region can meet its match. We will teach them there is no place they can hide that we can not come and find you and kill you.

Fourth, we need to abjure the path of nation building and not put potential Western hostages and Forward Operating Bases and airbases within easy reach of Daesh terrorists. Training of friendly forces clearly has a role, but not as a thinly disguised large-scale presence force which can never win nor go away until defeat is assumed but not declared.

Ramping up our air and seabase operational capabilities – and investing in them – is crucial not just for the war against Daesh but for ramping up relevant capabilities for the deterrence of peer competitors such as Russia and China. We must not make the mistake of investing in specific operations against Daesh at the expense of higher-end warfighting capabilities. That is simply a prescription for Russian or Chinese expansion of capabilities while America invests in an endless “stability” operation.

President Trump is part of a pattern of change in the West with a new British Prime Minister (Theresa May) in place and a new French President to follow later this year. If it is Francois Fillon, then there will be a community of interest to sort out a new working relationship with Russia. This means, in part, holding Russia accountable for Syria and for working to end the seemingly endless flow of refugees from the region.

Fifth, a key element of working for victory over Daesh is coming to terms with Russia in supporting the effort in the Middle East. Russia may find themselves in a rather uncomfortable position as the Iran problem boils over into confrontation with Israel, Saudi Arabia and the UAE.

Sixth, Israel will certainly expand its activities in self-defense and engage in countering radical Islam, whether of Daesh or Iranian origin. Daesh and Iran are hardly birds of a feather, but the ability to ramp up the air war and sea-based strikes against Daesh will not be lost on Iran. This also will reassure Israel that the United States is willing to act decisively in the region.

In the end, a complete victory against Daesh may be impossible; inflicting a decisive defeat on them is not.  But such a defeat should not come at the cost of bogging down in the stability operations of the Bush years and the airpower trickle campaign of Obama.

Cutting the Gordian knot of endless engagement is crucial; modernizing insertion forces that can strike at any concentrations of Daesh forces is crucial as well. It is about dramatically stopping their influence and impact from a force which claims to be a state and reducing them to an impoverished band seeking refuge, and having nowhere to go on the globe where they are welcome.