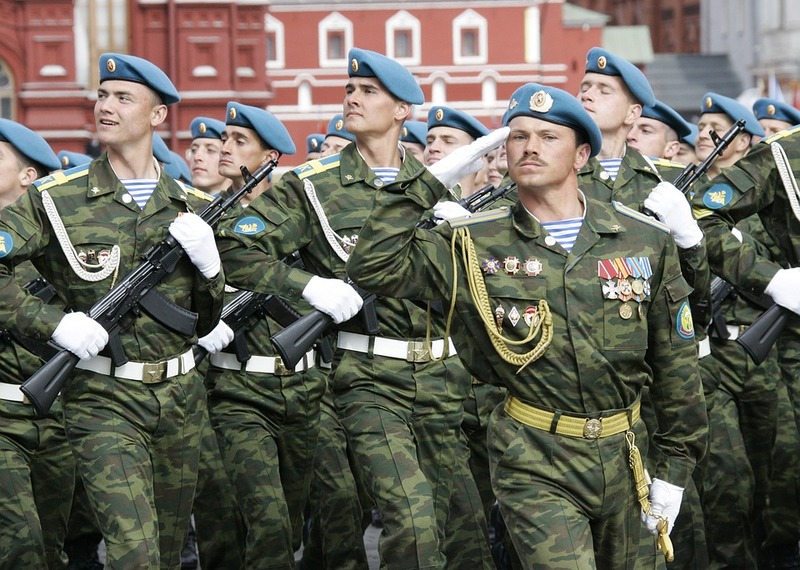 We have been focusing for some time on the strategic shift towards managing peer conflict and within that the question of crisis management.

The Russians are reshaping approaches to how crisis management will need to be dealt with and is reshaping forces in a more integrated manner to support political objectives.

Many analysts refer to this as hybrid warfare — we see it as shaping tools for crisis management with the liberal democracies.

In an interesting piece by Roger McDermott published on March 6, 2019 by Eurasia Daily Monitor, the author addresses what he sees as Russia’s strategy of limited actions.

The Russian Academy of Military Sciences held its annual defense conference on March 2. The theme this year covered future wars, armed conflicts and the challenges facing the defense sector. The president of the Academy, Army General (ret.) Makhmut Gareev, provided the opening speech.

However, the keynote address was given by the chief of the General Staff, Army General Valery Gerasimov (Krasnaya Zvezda, March 4). Gerasimov reported on the main developments in military strategy and the tasks facing the military science community. It is highly likely that Gerasimov’s speech, as well as others during the conference, will play a role in the formulation of Russia’s the new military doctrine ordered by President Vladimir Putin in December 2018.

It is worth noting the aspects in his speech that were singled out by the Russian media, before turning to its content in more detail. Center stage was the allegation that the Pentagon is currently developing a new “Trojan Horse” strategy to use against Russia, mixing “color revolution” with the use of high-precision weapons (Vysokotochnoye Oruzhiye—VTO).

“Its essence is active use of the ‘protest potential of a fifth column’ in the interests of destabilizing a situation with simultaneous delivery of VTO strikes against the most important targets,” Gerasimov claimed. He highlighted the allegedly aggressive nature of the United States’ foreign and defense policy, using terms such as “global strike,” “multi-sphere battle,” “color revolution,” and “so-called soft power.”

Gerasimov said the purpose of such actions was to undermine and overthrow governments in foreign countries, specifically referencing Iraq, Libya and Ukraine, and added that a similar process is unfolding in Venezuela. He then criticized US policy on arms control, noting Washington’s withdrawal from the 1972 Anti–Ballistic Missile (ABM) Treaty in 2002 and the recent suspension of the 1987 Intermediate-Range Nuclear Forces (INF) Treaty, asserting that New START (2010) might not be renewed (TASS, Mil.ru, March 2).

Indeed, the earliest reports on Gerasimov’s speech also noted his assertion of a new Russian strategy of “limited actions,” which, drawing upon lessons from Moscow’s intervention in Syria, seeks to defend and promote “national interests” beyond Russian territory.

Gerasimov explained that the foundation for implementing this strategy involves the “creation of a self-sufficient grouping of troops (forces) based on force elements of one of the branches of the Russian Armed Forces possessing high mobility and the capability to make the greatest contribution to executing assigned missions. In Syria, that role was set aside for elements of the Aerospace Forces [Vozdushno-Kosmicheskiye Sily—VKS]. Winning and holding information superiority, preemptive readiness of command-and-control and comprehensive support systems, and covert deployment of the necessary grouping are the most important conditions for implementing this strategy” (Interfax, March 2).

While it may appear that the above-described strategy of limited actions is new, its essence reflects largely what the Russian military carried out in its operations in Syria. And it does not represent a declaration to conduct “power projection” on a global scale, given Russia’s economic as well as military obstacles that would limit such ambitions.

Nonetheless, by using the term “strategy of limited actions,” Gerasimov most likely sought to signal a conceptualization of the Syrian experience that may serve to guide future defense decision making. Some terms, especially linked to developments in the US, need to be treated with caution, such as the Russified presentation of “multi-sphere battle,” no doubt referring to “multi-domain battle”; but the anxiety over color revolution or prompt global strike is certainly not new. The top Russian general’s speech represents a maturing of ideas being discussed by the defense leadership over the past six years, as well as preparation of the new military doctrine.

Full text of the remarks was published in Krasnaya Zvezda, and was, in fact, wide ranging, covering the transformation of military threats; the evolution of strategic concepts, theory and practice; principles of preventing, preparing for, and waging war; forecasting scenarios; strategic deterrence; strategy of limited actions and forms of using this strategy; interaction of the components of the state’s military organization; opposition in the information sphere; increasing combat strength of the Armed Forces; cooperation between the defense ministry and industry; and the main challenges facing military science (Krasnaya Zvezda, March 4).

Special attention should be paid to how Gerasimov characterizes responding to the potential threat posed by the United States, referring to the “preemptive neutralization of threats.” Gerasimov declared, “The basis of ‘our response’ is the ‘strategy of active defense,’ which, with consideration of the defensive nature of the Russian Military Doctrine, envisages a set of measures for preemptive neutralization of threats to national security. It is the substantiation of measures being developed that must comprise the scientific activity of military scientists. This is one of the priority directions for ensuring national security. We must preempt the enemy in the development of military strategy and be ‘a step ahead’ ” (Krasnaya Zvezda, March 4).

On the theme of strategic deterrence, Gerasimov noted the urgency in upgrading nuclear and non-nuclear systems. In particular he drew attention to VTO capability and a number of these high-precision strike systems currently in development: “serial production of new models of armaments and outfitting of the Armed Forces with them have begun. The Avangard [hypersonic glide reentry vehicle], Sarmat [intercontinental ballistic missile], and the newest Peresvet [laser cannon] and Kinzhal [air-launched hypersonic missile] weapons have shown their high effectiveness, and the Poseidon [autonomous, nuclear-armed torpedo] and Burevestnik [nuclear-powered, nuclear-armed cruise missile] complexes are going through successful tests. Scheduled work is proceeding on creation of the Tsirkon hypersonic sea-launched [cruise] missile” (Krasnaya Zvezda, March 4).

Returning to the theme of a strategy of limited actions, Gerasimov outlined some of its areas for development. The first is the fuller integration of command, control, communications, computers, intelligence, surveillance and reconnaissance (C4ISR).

This is aimed at the “detection, issue of target designation, and delivery of selective strikes against critically important targets in near-real time by strategic and operational-tactical non-nuclear weapons. Subsequently, military science needs to develop and substantiate a system for comprehensive engagement of the enemy.”

Another priority is to exploit robotic complexes and unmanned aerial vehicles (UAV), as well as developing a system to counter UAVs and VTO. Gerasimov stressed the importance of a number of issues for military science to develop: “digital technologies, robotics, unmanned systems, and electronic warfare” (Krasnaya Zvezda, March 4).

Gerasimov’s speech was laced with references to the utility of VTO and exploiting C4ISR. It also focused on modernization of Russian military capability with priority for nuclear and pre-nuclear deterrence.

His remarks reflected growing confidence in the General Staff about the use of military power, political-military coercion and thinking about developing strategies to counter a high-technology adversary.

The featured photo is to be found from this source: