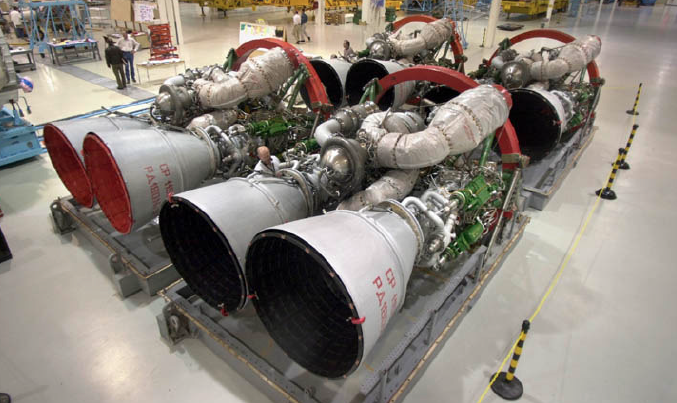 The Air Force has been  forced to change the procurement  strategy  of one of its flagship  initiatives, due to  one unsatisfied competitor, Blue Origin, LLC.

On November 21, 2019, the U.S. Air Force announced that it would change the selection process for the  National Security Space Launch (NSSL) program. This decision came after Blue Origin, funded by Amazon founder Jeff Bezos, filed a protest that was sustained by  the Government Accountability Office (GAO).

The GAO upheld only the complaint regarding the selection criteria, stating that it “does not provide a reasonable, common basis on which offerors will be expected to compete and have their proposals evaluated.” The GAO rejected the other portions of the complaint, specifically the one relating to competition so, overall, the NSSL selection process is sound.

Not only is Blue Origin’s complaint creating a headache for the NSSL program, it’s also causing national security concerns for the United States.

The protest, and GAO’s decision to sustain it, will further delay the NSSL program, leading to a greater dependence on Russian rocket technology at a time of increasing tension between Washington and Moscow.

According to the Defense Department,  the Air Force’s NSSL program does not have vague criteria, is not anti-competitive, and doesn’t discriminate against particular competitors. Col. Robert Bongiovi, director of the Launch Systems Enterprise Directorate at the Air Force Space and Missile Systems Center noted, “As with any RFP this size, we went through a couple of independent reviews. We’re acquisition experts and we work through these things to make sure we get it right before we release it.”

However, Blue Origin took a dispute over a policy barring uncertified launch providers and ran with it, forcing the Air Force to play along.

Blue Origin’s tactic demonstrates the goal of the protest was to delay the contract award to  give it time to complete its New Glenn launch vehicle by the new deadline—the end of 2020. The company effectively received an extension to finish the project and become competitive.

Protests like these happen regularly in defense contacting and they are damaging to national security.

In this case, the Department of Defense (DoD)  stated the protest would delay the NSSL program as much as 1-2 years.

As a result, the U.S. will be forced to continue to rely on Russian rocket engines past 2020, the year Congress mandatedan end to U.S. reliance on Russian engines.

As a result, not only will America’s space capabilities be limited, it also threatens to compromise America’s defense  by giving Russia leverage over America’s national security space launch program.

America must develop its spacefaring independence, and the  NSSL program is our nation’s best effort to  shed dependence on Russian rocket engines, specifically the RD-180. Phase 2 of the NSSL program is a critical step toward establishing domestic launch alternatives.

The Air Force has insisted that the program must remain on schedule, and failing to do so could harm America’s national security interests.

Blue Origin’s protest was about getting a do-over for its delayed development of the New Glenn rather than a legitimate concern about the integrity of the competitive process.

And Blue Origin’s outrage appears selective: it did not protest during the program’s first phase, when it received a $500 million contract.

It would seem that, rather than  objecting to the Air Force’s legitimate handling of the program, the company is attempting to benefit from the delays  a protest would cause.

Specifically, a delay will allow Blue Origin more time to develop its fledgling launch vehicle to compete with the more established players.

For Blue Origin to complain it is a victim of an unfair process when the Air Force hasn’t even decided on contractors demonstrates the complaint is a tactical move to wrong-foot the government.

Blue Origin’s goals are: keep the earlier award of $500 million, and complete its delayed development of New Glenn, a situation that should have the government wondering about the viability of that platform.

The protest and the subsequent delays will lead to a greater reliance on Russian space technology and, according to the DoD, will likely cause a one to two-year delay. And now that the delay has been sustained, there is certain to be even more controversy to slow down the process even more and prevent the NSSL from attaining its goal of decreasing reliance on Russia’s space technology.

Given Russia’s track record in the energy sector, where it has cut natural gas shipments to all of Europe over a price dispute with Ukraine, giving it a decisive role in the national security space launch program is heedless of America’s increasing reliance on space for its national security.

James Durso (@james_durso) is the Managing Director of Corsair LLC. He was a professional staff member at the 2005 Defense Base Closure and Realignment Commission and the Commission on Wartime Contracting in Iraq and Afghanistan.  Mr. Durso served as a U.S. Navy officer for 20 years and specialized in logistics and security assistance. His overseas military postings were in Kuwait and Saudi Arabia, and he served in Iraq as a civilian transport advisor with the Coalition Provisional Authority.