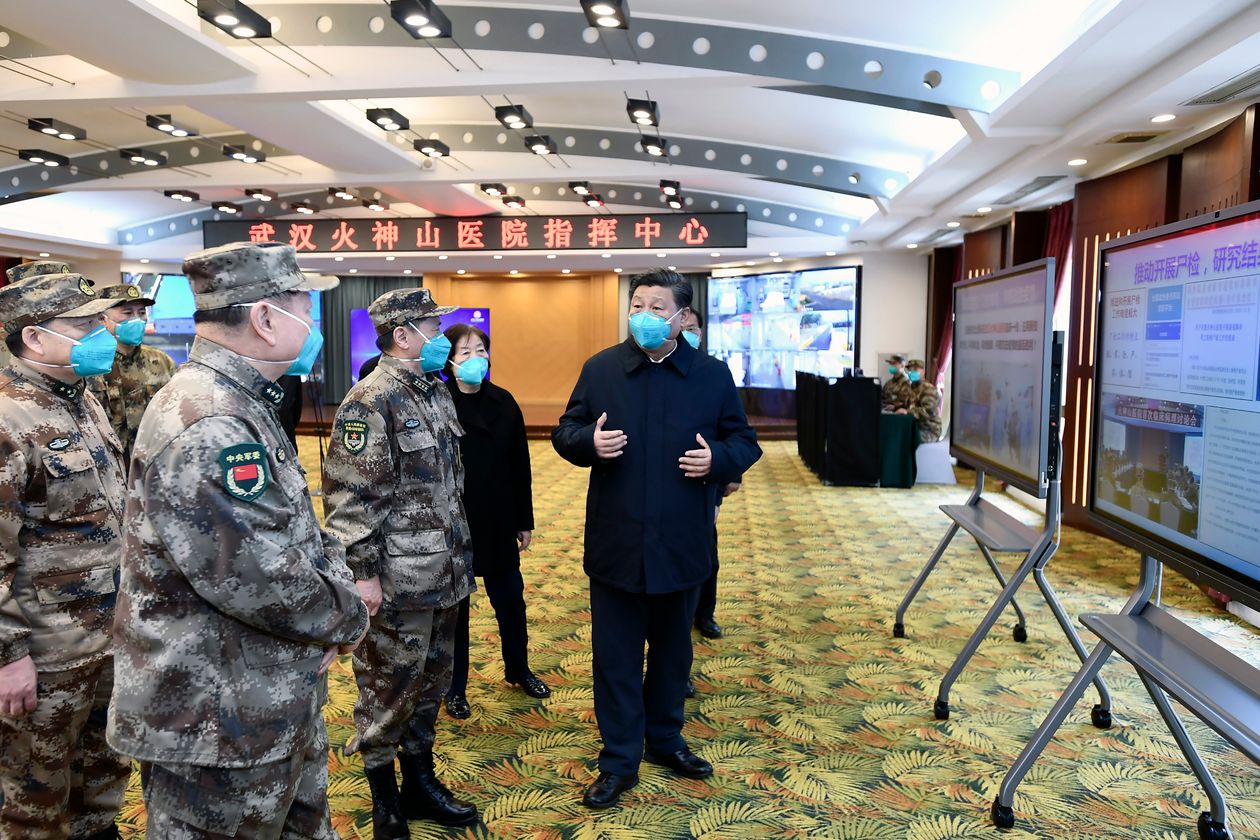 As a participant in and observer of Australia’s China debate, I’m sometimes taken aback at the strategic fatalism on display. For a country so optimistic in other respects, Australia’s strategic community harbours a strangely defeatist streak. It’s an interesting contrast.

I find it easier to understand pragmatism, strategic fatalism’s smiley extrovert relative, in the Australian context. Pragmatism is an appealing foreign policy concept for Australia, because it promises unfettered agency to a middling liberal democracy within an increasingly illiberal international environment.

That’s why politicians instinctively reach for it. But pragmatism lacks a moral compass. Without a corresponding set of values, it risks drawing us into unprincipled ‘transactionalism’. The 2017 foreign policy white paper says that ‘Australia is pragmatic’, but avers a principled course for Canberra as a ‘determined advocate of liberal institutions, universal values and human rights’.

If pragmatism is raised to a guiding principle, it poses particular hazards in the China relationship, because the Chinese Communist Party aims to condition other countries into a posture of subordination to its fundamental interests, from the South China Sea to Xinjiang and Hong Kong.

Australia’s roustabout China policy debate is intense and polarising, but largely exogenously framed. Beyond former prime minister Tony Abbott’s celebrated ‘fear and greed’ aphorism, not a lot of thought seems to be directed at why some Australians—and here I’m excluding those solely in it for the money—appear willing to resign themselves to falling within China’s orbit.

Theirs may be the more durable wisdom for all I know. But it leads me to wonder whether a predisposition towards fatalism and pragmatism may be cultural in origin—a trait shaped by Australia’s geographic isolation and colonial past.

I admit to being out of my depth here, and perhaps confused. For Australia has also recently provided like-minded countries with a textbook example of how to balance an economic embrace of authoritarian China, while laying down basic safeguards to protect critical national infrastructure and counter political interference. The foreign interference legislation introduced in 2018 has yet to be tested in court, but the Australian government has nonetheless ‘pushed back’ pluckily in the face of challenges to its sovereignty.

Still, the vectors of Australia’s economic opportunity have now waxed towards China for a full generation. That has had an inevitable gravitational effect. An established China lobby has taken root, tied to the ‘pragmatic’ notion that Australia’s relationship with China demands special succour, regardless of political differences, because our future prosperity is hostage to it.

I would argue that the business of buying influence and selling access becomes corrupting in its own right when the CCP is ultimately at the end of every transaction in the People’s Republic. But that problem is hardly unique to Australia.

It would be grossly unfair to impute greed as the base motivation for all those who wish to nurture a closer relationship with China. Many no doubt feel they are acting in Australia’s long-term interests, because they judge that the economic and strategic winds are blowing decisively in Beijing’s direction. By this logic, the most pragmatic course for Australia is to engineer as soft a landing as possible, while steering clear of a US–China dust-up. For some on the left, reflex anti-Americanism is the subconscious handmaiden of a pro-China orientation. That’s a different story, and not peculiar to Australia either.

I suspect that the drivers behind fatalism and pragmatism go beyond Abbott’s binary reduction, tapping into deeper, historical currents running through the national psyche that also inform Australia’s ‘strategic personality’. It may be a stretch to draw a colonial connection, and as a wandering Brit who has pitched his tent here, I probably shouldn’t go there.

But my gut feeling is that there are enduring habits of deference (less kindly, the ‘cultural cringe’), and an associated tendency to ‘go with the strength’, which hark back to the early period of European settlement, when the governor was the absolute authority of all that he surveyed, and paths to opportunity meant being on good terms with the power of the day.

This jars with that more easy-going depiction of national character: the anti-authoritarian, non-rule-abiding ‘larrikin’. Yet one of Australia’s best-kept secrets is how extraordinarily rule-bound and subtly hierarchical it is as a society. As a celebrated Australian cartoonist wryly observed, try taking eight items through the seven-items-or-less checkout in the supermarket.

As much as Australians celebrate their libertarian lifestyles and justly venerate the democracy sausage, they are acutely attuned to shifts in authority and power. Lachlan Macquarie, Australia’s last autocratic governor, from 1810 to 1824 in New South Wales, was an accomplished builder and reformer, but implacably opposed to ‘the infernal and destructive principles of democracy’.

Two centuries on, it seems anachronistic to evoke Macquarie’s memory in Australia’s contemporary China debate. Yet there’s something of him still about the place. Some of it comes down to relative isolation, and Australia’s dependence on ‘great and powerful friends’—ergo Allan Gyngell’s nice turn of phrase, the ‘fear of abandonment’.

In Australia’s Asian neighbourhood, compromises and trade-offs are unavoidable between the promotion of liberal values and the necessity of forging security partnerships with one-party regimes like Vietnam or lapsed democracies like Thailand. Such ‘pragmatic’ partnerships are indispensable in order to maintain a favourable regional balance vis-à-vis China.

But there’s only a short spin-cycle separating the ‘rules-based order’ from the much less wholesome ‘order-based rules’ setting. There’s the risk that the compromises we are willing to make internationally will reflect back on us domestically, over time. And I think that China has split Australia more deeply on values than we care to admit, or than public opinion polls suggest. Especially among the well educated.

Richard Maude’s first commentary since leaving his post as deputy secretary of the Indo-Pacific group at the Department of Foreign Affairs and Trade, was conspicuously upbeat in its assessment that like-minded countries in the Indo-Pacific are converging in ways that are favourable to Australia’s interests.

Maude, who was the chief drafter of the 2017 foreign policy white paper, also struck a tail-end cautionary note: ‘[A] foreign policy in Asia that does not encompass a continuing commitment to freedom and human rights is one that forgets who we are as a nation and what we believe in. It is not, ultimately, sustainable.’

I agree. Australia can be pragmatic in its pursuit of national interests and even values, but should be wary of ‘pragmatism’ as a diplomatic lodestone lest it lead us astray. Not unless you really want to turn back the clock.

Image: President Xi, in a photo released by the Xinhua News Agency, during his visit to Wuhan on March 10, 2020.