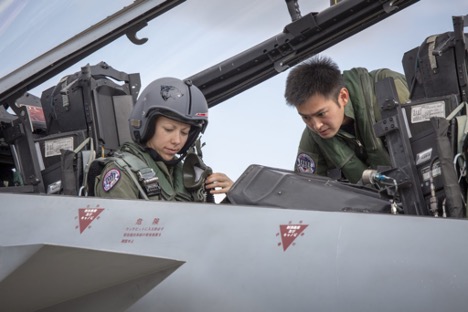 As Australia confronts an increasingly unstable Indo-Pacific security environment, it is time for Canberra to carefully cultivate security relationships with a range of regional partners. There is no doubt the US will remain a pivotal player in regional affairs, but in addition to that vital relationship Australia needs to broaden its security partnerships to create further opportunities.

The prevalence of coercive statecraft in the region begs tough questions about the application of our elements of national power, both in the way we advance our security interests in the region and, when necessary, how we counter hostile behaviour, especially political warfare and grey zone actions. All of this means we need to take a closer look at partnerships to help us meet those challenges.

Where once we counted on our military’s possession of an edge in capability, and our alliance with the US, to provide deterrence and influence in the region, in this new era of ‘winning without fighting’ it is increasingly clear that those models are a necessary but not sufficient response.

Defence needs to broaden its value proposition to government by being able to contribute its capabilities within a wider range of international influences. On top of its warfighter roles, this will mean closer collaboration with other government agencies and international partners to generate the access, influence and deterrence we need.

Success will, in part, depend on achieving the mutual benefits that will come from working more closely with our friends – and Japan is such a friend. Australia and Japan already enjoy a close bilateral relationship in defence, so it stands to reason that both sides can profit by closely aligning their responses to these major shifts in geostrategic circumstances.

Australian and Japanese military forces have been cooperating for decades on joint military training exercises and in response to security challenges. Australia’s instant response to the Fukushima nuclear disaster after the 2011 tsunami not only confirmed a real and deep friendship but also showed the region that like-minded partners can actively support one another.

There are many other cases where Australia and Japan cooperate, whether in training for joint maritime warfare through exercises such as RIMPAC, or in training for air combat capability at exercises such as Bushido Guardian. And in Australia’s time of need in the recent bushfire crisis, the Japan Air Self Defense Force (JASDF) demonstrated the depths of the bilateral friendship through its provision of a C-130 transport aircraft.

Equally, both governments have shown an increasingly strong concern for bolstering stability and security in the South Pacific given the challenges posed by coercive statecraft. To that end, Tokyo and Canberra alike have looked to military and other means for the demonstration of persistent presence and commitment to the security and welfare of the Pacific Island Countries (PICs).

This is where air power can be of real and immediate benefit to our joint force and whole of government approaches to regional influence. For a start, both air forces share much in common. Not only will each have the same or similar platforms and equipment – from fighter forces equipped with the F35 to transport and surveillance aircraft – they also have shared interests in achieving interoperability and integration. And each force maintains first-rate professional and educational standards. Taken together, these all make it easier to broaden the aperture of cooperation. And the very positive tenor of the over-arching bilateral relationship makes for an environment in which to explore and build on that cooperation.

Of course, this should start from the premise that Australia well understands that Japan’s day-to-day security environment differs from that in the southern hemisphere, and that – in many ways – the security challenges it faces are more immediate and more concrete. We need only to look at the frequency of China’s incursions into Japan’s airspace and maritime domain to appreciate this.

But while from a Japanese perspective it may be tempting to think that Australia faces less urgent security risks (since, unlike the JASDF, the RAAF does not have to scramble its fighter squadrons) it is helpful to emphasise that Japan and Australia have a lot in common, particularly from the challenges of coercive statecraft.

Given these commonalities, both of strategic interest and of military operating systems, it makes sense that both sides should be exploring opportunities for information sharing and cooperation on issues of air power strategy. It will help if both sides take a step-by-step approach to build on the trust and friendship that already exists. By working together, both sides can start to explore new options for creative concepts around air power that will contribute to goals of influence, access and deterrence.

A tighter military relationship can be a significant contributor to the broader benefits that come from closer whole-of-government relationships. In terms of countering political warfare and grey zone activities, defeating the ambiguity and divisiveness on which these methods depend requires a comprehensive model for Australia-Japan strategic alignment.

With the military-to-military relationship already in good shape, it makes sense to capitalise on that goodwill to extend the thinking out into how air power can broaden its value proposition to regional security.

Peter Hunter is a senior adviser for air power strategy at the National Security College of the Australian National University, and Director of Air Force Strategy in Air Force Headquarters. He has more than 25 years’ experience in national security agencies in the Australian Government.

The views in this article are his own.

This article was published by ADBR in their January-February 2020 issue.