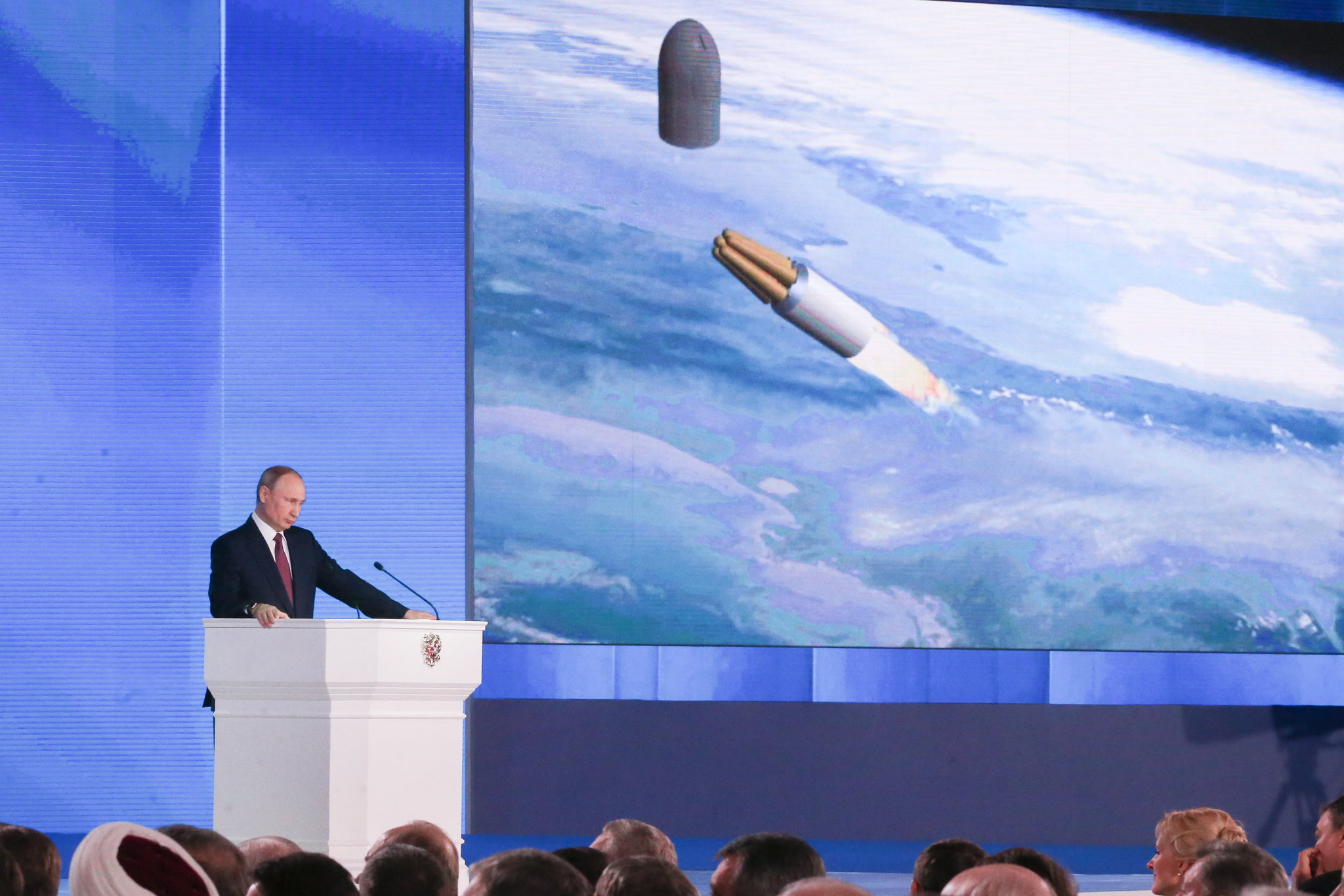 Russia has just published an official Executive Order (Ukaz) No. 355 called Basic Principles of State Policy of the Russian Federation on Nuclear Deterrence.

It entered into force on 2 June 2020 when it was signed by the President of Russia Vladimir Putin.

This is the first time in the almost 30-year history of the Russian Federation that an explanation of Russia’s nuclear war fighting policy has been made public.

This relatively short six-page document sends a series of blunt messages that are designed to impress on its potential enemies just where Russia stands. While it considers nuclear weapons “exclusively as a means of deterrence” with their use being “an extreme and compelled measure,” this official declaration sets out in some detail the conditions that could trigger nuclear conflict.

The clear message is “the inevitability of retaliation” in the event of nuclear attack on Russia and that Russia intends to maintain forces capable of inflicting “guaranteed unacceptable damage” on a potential adversary.

Precisely what such unacceptable damage might involve is not spelled-out: but in the Cold War it implied that the enemy would cease to exist as a modern functioning society.

The main military risks that might evolve into direct military threats to Russia are identified as:

Most importantly, this document sets out for the first time publicly the conditions in which Russia would contemplate the use of nuclear weapons as follows:

But some of them are distinctly worrying: especially the clause that confirms Russia’s declaratory nuclear doctrine is one of “launch on warning.”

This has always been recognised as a very risky concept crucially dependent upon early warning systems not malfunctioning, which might not be a dependable basis on which to go to nuclear war. Nuclear attack warning indicators are likely to face even shorter warning times in future with the deployment of hypersonic manoeuvrable glide vehicles, as well as such devices as directed energy weapons. Strategic warning is already being complicated by the deployment by the US of prompt global strike ballistic missiles with conventional warheads, which makes the task of differentiating between conventional and nuclear armed Intercontinental ballistic missiles in a crisis practically impossible.

The other issue of concern surrounds Russia’s declaratory policy that it will use nuclear weapons against a conventional attack “when the very existence of the state is in jeopardy”.

This involves the so-called “escalate to de-escalate” element of Russian nuclear war fighting strategy. This would involve the threatened use of tactical nuclear weapons against an overwhelming NATO conventional attack on Russia. This, of course, is the mirror image of NATO’s own Cold War nuclear policy of deterring an overwhelming Russian conventional attack on NATO Europe. An interesting question here is what constitutes Russian territory, given Putin’s attitudes to what he terms “the near abroad” – that is the territories of former Soviet republics, such as the Baltic countries, where there are  large numbers of ethnic Russians.

It is probably not a coincidence that the release by Moscow of this unprecedented public document about Russia’s nuclear deterrence policy and its war fighting implications comes at a time of the complete breakdown in talks between the US and Russia about nuclear arms control and verification. Both sides have stopped talking to each other about this central issue to global nuclear security.

By comparison, in the Cold War crucial nuclear arms control treaties were signed and resulted in agreed verification and inspection measures that were quite intrusive.

Now, such important arms control treaties as the Anti-Ballistic Missile (ABM) Treaty, the Intermediate Nuclear Forces (INF) Treaty, and the Treaty on Open Skies have all been terminated by the US in 2011, 2019 and 2020, respectively. In addition, the New START Treaty – which limits each side to 1500 deployed nuclear warheads, (although both Russia and the US have total deployed and non-deployed  nuclear warheads in excess of 6000 each )– is due for extension for another 5 years early next year.

Washington is insisting that China is included in any such strategic nuclear treaty, but China has resolutely refused.

The bets are that this Treaty also will be terminated, especially if President Trump is re-elected.

This would herald the way to a full-blown strategic nuclear arms race.

Paul Dibb is Emeritus Professor of strategic studies at the ANU.

As a senior defence official, he was heavily involved in the Cold War in the operations of the US-Australian joint facilities at Pine Gap and Nurrungar, which played a crucial role in determining detailed US knowledge about Soviet strategic nuclear missiles and their operational capabilities.

President Vladimir V. Putin of Russia in 2018 at a state-of-the-union address, playing an animated video of missiles designed to evade American missile defenses.