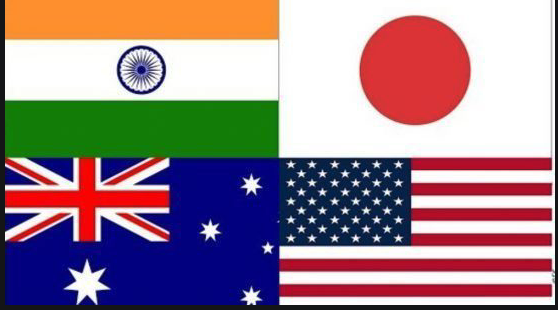 Many analysts are underscoring the importance of the Quadrilateral Security Dialogue (QUAD) as a response to Chinese strategy in the region. The Quad is an informal strategic dialogue forum between India, Japan, the United States and Australia.

With India’s ongoing tussle with China and in the light of Chinese assertive behaviour in regions in South China Sea and Indian Ocean Region (IOR), this clearly would make sense.

Recently, there were also reports that in the 2020 Malabar exercises, Australia was invited to participate in the naval exercise along with Japan and the United States.

However, maritime prowess means the joint deployment of aircraft carriers, warships and other naval assets in the region by all the four countries would be closely coordinated.

In July 2020, four naval ships participated in a two-day joint exercise with the USS Nimitz off of the Andaman coast. And the USS Ronald Reagan was sent close to South China to perform naval exercises with Japan and Australia.

Surely forming partnerships that would strengthen India’s position in the IOR will prove conducive for India’s geo-strategic requirements.

A free IOR region is beneficial for all the QUAD members and hence, it has been more important to ensure that China learns to peacefully co-exist in the region without imposing military assertiveness.

For India, a strengthened QUAD partnership in the IOR also means that it could ensure a strong foothold in the South China Sea region with the help of this partnership.

However, there are some issues that all the QUAD countries would need to address for the kind of cooperation required to happen.

China has developed sophisticated ‘anti-access area denial’ capabilities including anti-ship missile systems. By 2019, Chinese military has been practising sinking of enemy vessels with its anti-ship ballistic missiles (ASBMs) namely the DF-21D and the DF-26 in military drill in the South China Sea. Anti-ship cruise missiles (ASCMs) have already been placed in the region for greater influence and foothold in the region. China could adopt the same strategy in the IOR too. In 2019, China also paraded the DF-17 hypersonic glide vehicle (HGV) that could be mounted atop these ASBMs and evade enemy missile defence system.

If QUAD has to exert a credible threat to China, its ‘defence by denial’ in IOR need to be strengthened.

This ‘defence by denial’ capability needs to be strengthened by all the four countries and probably to some extent there has to be an integrated architecture of air and missile defence capability in IOR among the QUAD members to provide a credible deterrence against China.

In the future, they could operate such systems in the IOR, but India does not possess nor operate any Aegis system nor components of it at sea.

Even in the European Phased Adaptive Approach (EPAA), the United States is facing delays which is delaying the holistic integrating of the EPAA with NATO missile defence shield.

The QUAD would be further strengthened to include South Korea too.

Both the countries are engaged in territorial dispute over the Takeshima/Dokdo Island and may further not be willing to be a part of an integrated missile defence architecture as is seen in East Asian security dynamics.

In short, while the QUAD is strengthening an arrangement to counter China, the arrangement requires to be a holistic one to provide for its full promise as part of a deterrent approach to China.