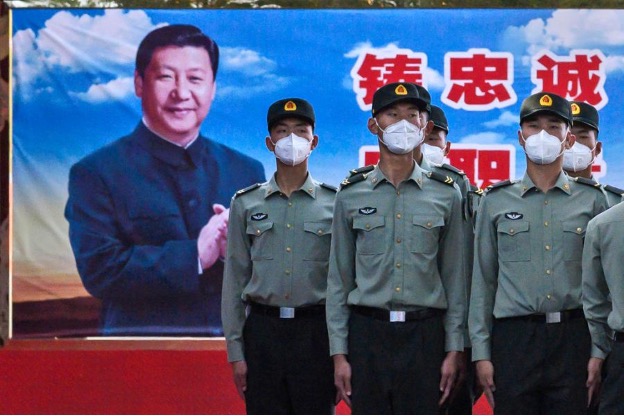 After months of planning, the World Health Organization team charged with investigating the origins of the Covid-19 pandemic finally arrived in China on 14 January. The international scientists are in the city of Wuhan, where the virus was first detected just over a year ago, and hope to ‘engage in and review scientific research with their Chinese counterparts on the origins of the virus’.

The WHO considers this investigation to be a ‘priority mission’ in global efforts to prevent future infectious disease outbreaks. However, the WHO research team faces serious challenges in seeking ‘truth from facts’ because the Chinese Communist Party under Xi Jinping’s leadership forcefully guards official narratives against critical commentary, especially when it comes from the international community.

A study conducted by the European Union shows that China has used state-owned media outlets and social media to spread disinformation on Covid-19 in an attempt to discredit Western nations and to bolster its own reputation. Chinese diplomats have used official social media accounts to promote alternative theories on Covid-19’s origin and to deny that Beijing initially tried to cover up the outbreak in China. As a way to deflect attention from the origins of Covid-19 and its overall lack of transparency on the pandemic, China has showcased its own domestic efforts to curtail the virus’s outbreak and focused on ‘face mask and vaccine diplomacy’ in sending much-needed medical supplies to countries in dire need.

The party-state’s use of the media and state institutions to obfuscate and misdirect isn’t new and isn’t confined to Covid-19. The recent announcement of the EU–China investment deal is widely seen as an attempt to draw attention away from issues such as China’s egregious human rights record, including the use of prison labour to produce commercial goods, and the brute force Beijing has used against the pro-democracy movement in Hong Kong.

China’s sensitivity about any domestic criticism that it could have done more in the early stages of the pandemic is reflected in the recent trial of citizen-journalist Zhang Zhan, who was sentenced to four years’ imprisonment for ‘picking quarrels and provoking trouble’ by posting early reports that alerted people to the seriousness of the emerging health crisis and criticised Chinese authorities’ initial handling of the outbreak.

Beijing’s attempts to reshape the narrative of where the disease originated by using its court and penal systems demonstrate the lengths it will go to to protect the CCP’s image. Xi’s CCP security and legal apparatus is primed to intervene whenever a matter is deemed ‘politically sensitive’. In this context, there’s virtually no reasonable prospect of a Chinese court not upholding the party’s official narratives—such as on the origins of Covid-19 or in relation to ideology.

Under the cover of the pandemic, Beijing exercised direct control over political dissent through its security organs and courts. Citizens are further disciplined through the social credit system, a hyperextended version of Foucault’s panoptic gaze that promotes ‘self-censorship’. The CCP’s 2014 ‘Decision on some major issues in the comprehensive promotion of ruling the country according to law’ allows the party to penetrate all aspects of the country’s governance, and under Xi’s supreme command, the CCP no longer ignores any challenge to official narratives.

Control of political dissent using the legal system is not new; what is new in the Xi era is the pursuit of total compliance—including the eradication all dissent—using the state’s security organs and courts as instruments of the party to legitimise its narratives.

China’s obfuscation campaigns—on Covid, on its human rights record and on its elimination of internal dissent—present a formidable diplomatic test for the new US administration. President Joe Biden, National Security Advisor Jake Sullivan and Secretary of State Antony Blinken have already determined that establishing formal dialogues about China with American allies is among the administration’s foremost priorities in the coming months.

However, it’s not yet clear whether the Biden administration understands the full extent of China’s willingness to protect and defend CCP narratives. Part of the administration’s learning curve will be to comprehend the magnitude of and counter China’s disinformation campaigns on all fronts.

Against this highly charged political backdrop, the WHO investigation into the origins of Covid-19 is likely to find truth to be elusive. Yet Chinese citizen journalists and doctors dedicated to protecting public health have shown that their determination to reveal what they do know hasn’t been totally eliminated, even though the CCP commands the gun. In spite of the risk of severe punishment, citizens of China remain willing to go to great lengths to counter official narratives they do not believe in. The WHO investigation team, and the international community more broadly, must be willing to counter any narrative that obscures the origins of Covid-19.

Yan C. Bennett is assistant director of the Paul and Marcia Wythes Center on Contemporary China at Princeton University and adjunct professor of international affairs at George Washington University. John Garrick is a university fellow in law at Charles Darwin University and a practising lawyer in the Northern Territory. They are co-authors and editors of numerous publications on China’s rise, including China’s socialist rule of law reforms under Xi Jinping. Image: Kevin Frayer/Getty Images.