They chose the Apache as the replacement helicopter.

There is much that makes sense here as the Apache is a well-travelled U.S. Army asset, although not in the Pacific theater.

Certainly, the Australians are keen to ramp up manned-unmanned teaming as seen with the adoption of Triton and its integration in the manned aircraft force.

The Apache has made significant progress with regard to working with unmanned systems to operate in the battlespace.

But was the Apache the best option for the evolving Australian defence force transformation and strategic shift to the Indo-Pacific?

Ian Bostock, the editor of the well regarded Australian publication, Defence Technology Review, has raised just this question in the latest issue of the journal.

His article is entitled bluntly: “Apache Selection at Odds with Australia’s Regional Reality.”

He argued that the Apache is a battle tested land warfare asset. But it has “not done so in the Indo-Pacific where the Australian Defence Force’s operational focus lies.”

He underscored that “with respect to deploying Apache on amphibious ships there is a danger in believing the odd image and press release proclaiming that the aircraft can operate a from ships simply because it demonstrates and ability to take-off and land on one. Any helicopter can do that, and it is not the same as living aboard a ship for extended periods….If it is necessary to deploy a non-marinised helicopter under such circumstances, it will also be necessary to pay the piper.” 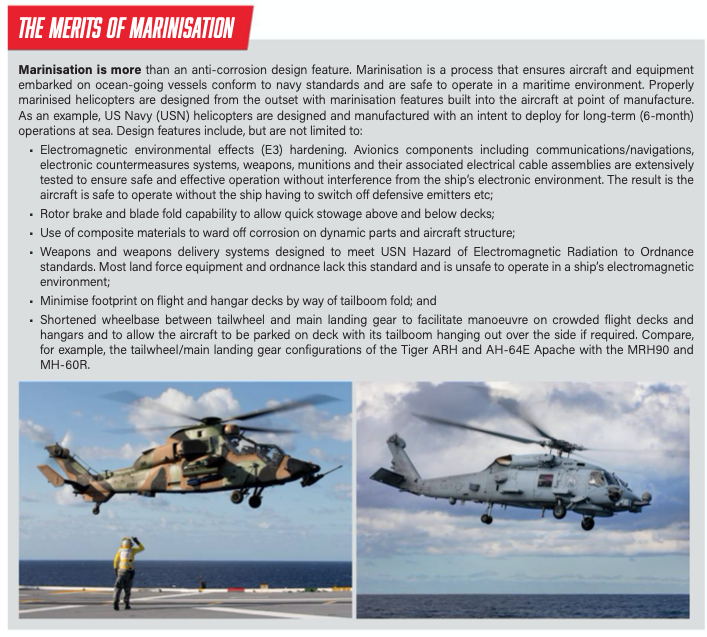 The featured photo shows a US Army Apache landing on the USS Peleliu during a 2014 Rim of the Pacific exercise.