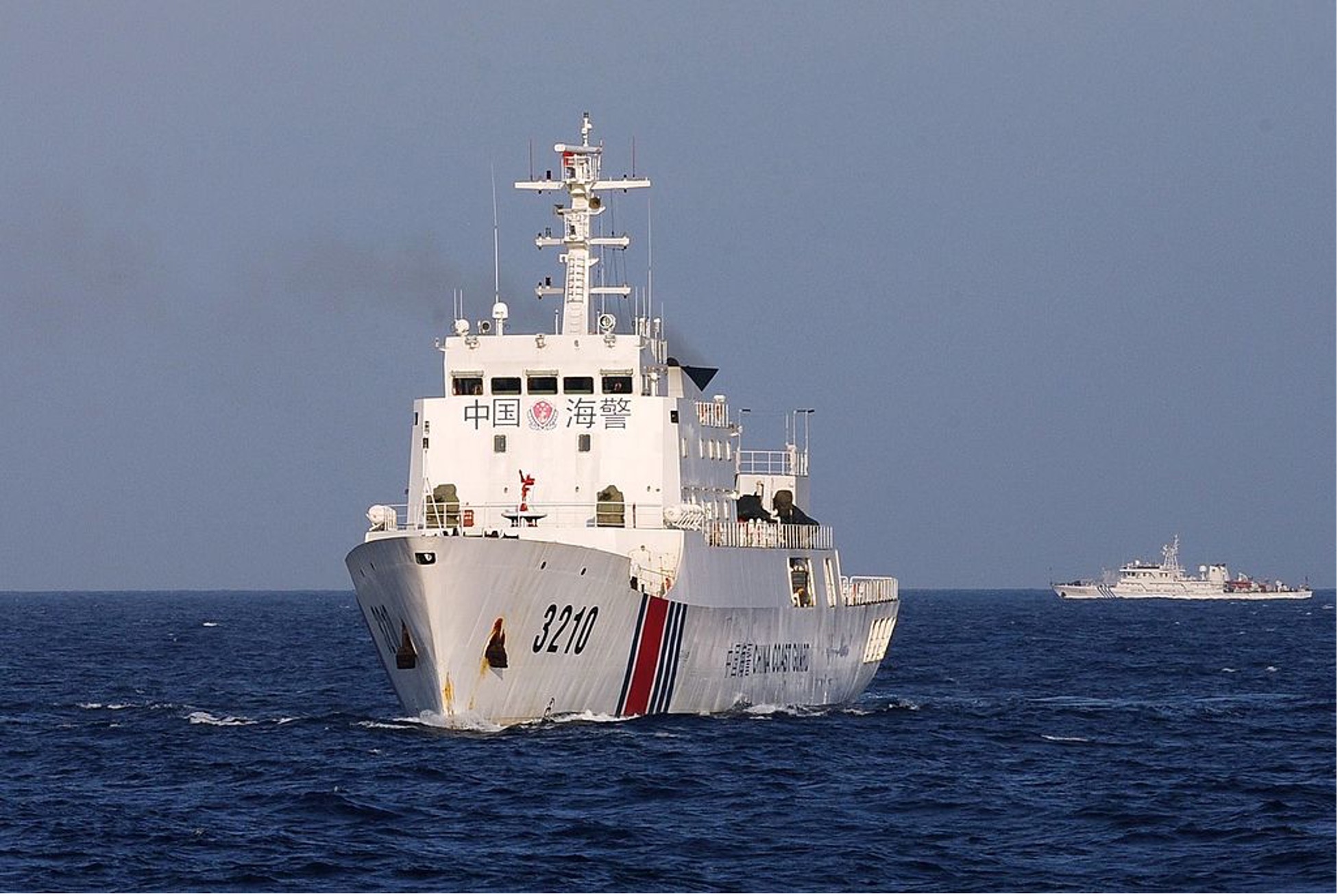 China’s new law giving the China Coast Guard more freedom to use force has increased the concerns of China’s neighbours. The Philippines filed a formal rejection of it on 27 January, emphasising that, given the large area involved and China’s ongoing disputes in the South China Sea, the law is a verbal threat of war to any country that defies it.

On 8 February, a week after the law came into effect, China’s largest maritime patrol vessel, Haixun 06 (海巡06), was launched from Wuhan shipyard. It will be used for ‘regulating Taiwan Straits’ waters, preventing pollution, dealing with maritime incidents, cross-strait exchanges and maintaining national maritime sovereignty’, according to the Fujian Maritime Safety Administration. As the administration sits within the Ministry of Transport rather than the CCG, such developments indicate that the new law is a threat not only because it allows the CCG to use force, but also because it expresses China’s determination to pursue ‘near-seas defence with far-seas protection’ (近海防禦、遠海防衛) by mobilising national resources in support of the CCG to achieve full control of China’s ‘near sea’ regions.

The law emphasises the integration of political, military and civilian resources to support the CCG’s development. It says that the State Council, local government and the military should strengthen collaboration with the CCG (Article 8) and compile national spatial plans according to the CCG’s requirements for law enforcement, training and facilities (Article 53). The law also authorises the CCG to expropriate civil organisations’ or individuals’ transportation, means of communication and space in order to protect maritime sovereign rights or to enforce the law (Article 54).

The law obviously targets foreign intervention. Article 21 states that, if foreign military or government vessels operating for non-commercial purposes violate Chinese laws and regulations in the waters under Chinese jurisdiction and they refuse to leave, the CCG authorities have the right to take measures such as deportation or enforced tugging. Article 47 allows the CCG to use hand-held firearms and other measures if foreign vessels enter China’s waters to conduct illegal operations and fail to comply with the CCG’s requests to board and conduct inspections. Under Article 48, the CCG is authorised to use shipborne or airborne firearms when handling ‘serious violent incidents’ at sea or countering attacks on law enforcement vessels or aircraft.

The final version of the law passed on 22 January gives the CCG more flexibility compared to the draft released in November 2020. For example, the draft of Article 72 explained that the term ‘jurisdictional waters’ includes the inland sea, territorial waters, the contiguous zone, the exclusive economic zone and the continental shelf—China’s so-called near sea that includes the Senkaku Islands, the Taiwan Strait and the South China Sea. The explanation was removed in the final version, creating greater scope for the CCG to protect claims to sovereignty. In addition, Article 46 in the draft suggested that CCG should avoid aiming below vessels’ waterlines when using force, but those sentences do not appear in the final version.

These observations have several implications.

The CCG is China’s frontline force against foreign intervention in regional maritime disputes, including in the South China Sea and the Senkaku Islands. Its area of operations will now expand to include the Taiwan Strait. In 1988, Chinese leader Deng Xiaoping set the governing goal for the development of the navy, stating that, by 2020, China’s maritime interests would be secured by the navy’s capability to command the ‘near seas’ out to the second island chain. Now that the navy’s mission has moved beyond the first island chain, the CCG will be the main force for protecting China’s sovereignty within that area.

The CCG will enhance its capability under the framework of civil–military fusion and national defence mobilisation. Since the law provides the legal basis for the CCG to integrate political, military and civilian resources to support its development, strengthening cooperation with the military and the building of supporting facilities by local government could help with training CCG personnel in basic skills and the operations of larger CCG patrol vessels. Such developments would assist the CCG to resolve difficulties that it has faced in recent years.

The lack of a definition of ‘jurisdictional waters’ in the final version will increase the potential for conflict. In addition to creating opportunities for misunderstandings between foreign vessels and the CCG, it gives the coastguard flexibility to conduct law enforcement outside of its traditional jurisdictional waters.

As the new law shapes the strategic environment in the region, ASEAN needs to put such concerns into future negotiations on the code of conduct for the South China Sea. Regional countries should further analyse the procedures and actions of the CCG, including its cooperation with the Chinese navy in contingency and conflict scenarios, in order to enhance their rapid response capability. In addition, although Taiwan and Japan have put a lot of effort into strengthening Taiwan’s naval capability (the Taiwan Coast Guard’s largest patrol vessel, Chiayi (嘉義), which can land the Taiwanese navy’s S-70C helicopters and can be converted into a military vessel, was launched in June 2020), it’s also important for the US to undertake coastguard exchanges and to cooperate with regional allies in developing its Indo-Pacific strategy.

Eli Huang is an assistant research fellow at the Foundation on Asia–Pacific Peace Studies in Taipei. She is also special assistant to Dr Chong-Pin Lin, former deputy minister of national defence in Taiwan. The views expressed in this post are her own and do not necessarily represent the views of her employers.