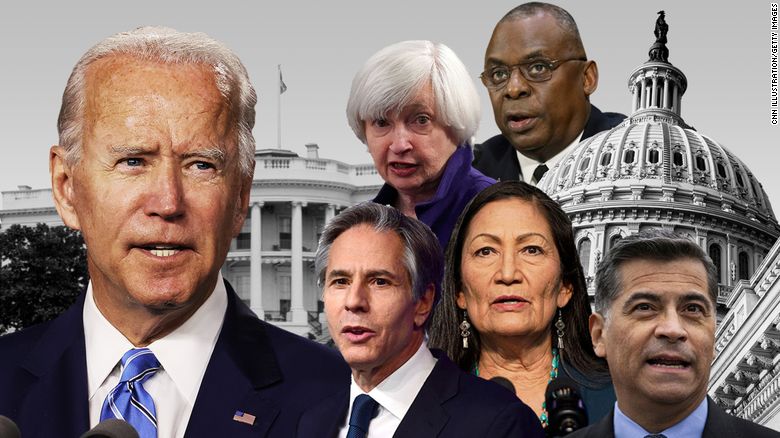 The past few weeks have made clearer the Biden administration’s initial national security priorities—engage in extensive outreach abroad and comprehensive policy reviews at home.

The administration still needs to make some tough choices—how much to press European allies to heed U.S. priorities regarding Russia and China, how to strengthen cooperative security ties with non-allied partners like India, and how best to sustain defense power in a challenging budgetary environment.

The administration’s top international priority is to strengthen U.S. defense alliances and partnerships.

On the positive side, despite postponing a decision on the timing of any troop withdrawals from Afghanistan pending the Pentagon’s own review, the NATO allies made an unexpectedly strong commitment to a major troop increase in Iraq, which will relieve some of the pressure on both the U.S. and Iraqi governments over the continuing U.S. military presence. Everything being equal, the more U.S. troops in Iraq are embedded in a multilateral coalition, the less the Iraqi public will object to their residual presence, which will help balance Iran’s regional ambitions.

The administration is still determining how to reign these in even as it strives for a settlement of the nuclear dispute with Tehran, whose resolution may weaken U.S. leverage.

One sees sharper continuities between the Trump and Biden administrations regarding Asia. U.S. officials continue to employ the “Indo-Pacific” framework of the previous administration, which both raises India’s profile regarding China and separates India from Pakistan.

Yet, the administration has yet to articulate its strategy for deepening cooperation among U.S. allies in Asia who still have stronger security ties with the United States than with each other. Other questions how to build on the region’s disparate national missile defense programs, whether the Pentagon will continue to seek to base intermediate-range missiles in the western Pacific, and how to develop the Indian-U.S. defense relationship now that the four Indo-U.S. foundational defense agreements have been adopted.

Managing “the primary pacing challenge” from China will present a comparable, albeit different, challenge than defeating the Soviet Union in the Cold War. As with the Soviet Union, the most likely path for a U.S. war with China is the U.S. commitment to defend regional allies, such as Taiwan, from military attack.

Unlike the USSR, China lacks strong ideological allies or proxy military partners. But the PRC has a substantially stronger economic and technological foundation that allows Beijing to exert considerable diplomatic pressure on U.S. partners while building the sinews for a more powerful military punch in the future through its skillful civil-military fusion strategy.

At home, the administration has focused on enlarging the national security agenda to include climate change, de-extremism, diversity and inclusion, and other previously marginalized issues. Senior officials have also begin composing a new National Defense Strategy, reviewing the U.S. force posture and structure, and compiling new budgets for the U.S. national security agencies. The Trump administration made progress in funding and developing new national security space capabilities and missions. The Defense Department may now need a review of its space-related roles and missions to clarify which services will lead which novel functions.

Downward pressure on the defense budget will likely increase over time from both congressional progressives and budget hawks.

Since the Biden administration expects presumes hostile relations with China, Russia, Iran, and North Korea will continue, the Pentagon need a more efficient appropriations process. The popularity of Buy American policies could prove counterproductive by decreasing opportunities for globally collaborative research, development, and acquisition programs. Allies can offer unique skills and technologies while international competition helps keep costs down at a time when U.S. defense companies are consolidating.

Similarly, the Defense Department should move away from “sole source” contracts, for both prime and lower-tier suppliers. While they can save time and paperwork, sole-source contracts can weaken competitive pressures, increase risks and vulnerabilities, decrease quality, and stifle innovation at multiple levels.

In recent years, the Defense Department has too quickly down selected to a single source for the Long-Range Standoff Weapon, the F-35’s Pratt & Whitney engines, the JEDI cloud contract, and other major programs, as well as many smaller contracts. Defense experts have had a poor record as commercial analysts in forecasting which providers can provide the best value for capabilities and platforms whose operational lifetimes could last decades. Unlike the urgent need to provide weapons for the unexpected wars in Afghanistan and Iraq, the U.S. military competition with China will likely last for decades.

Also, Congress needs to relax its own opposition to further base realignments and closing within the United States to free up long-term modernization funding.

Another way to relieve pressure on the defense budget would be to strengthen complementary civilian agencies—leveraging the full range of diplomatic, economic, and other U.S. capabilities—and interagency coordination through the National Security Council.

President Biden has appointed a strong national security team, but he will need to balance the imperative of intervening selectively to ensure the executive departments respect his priorities while eschewing the temptation to enforce consensus and expedite policy implementation for an unmanageably large span of issues.