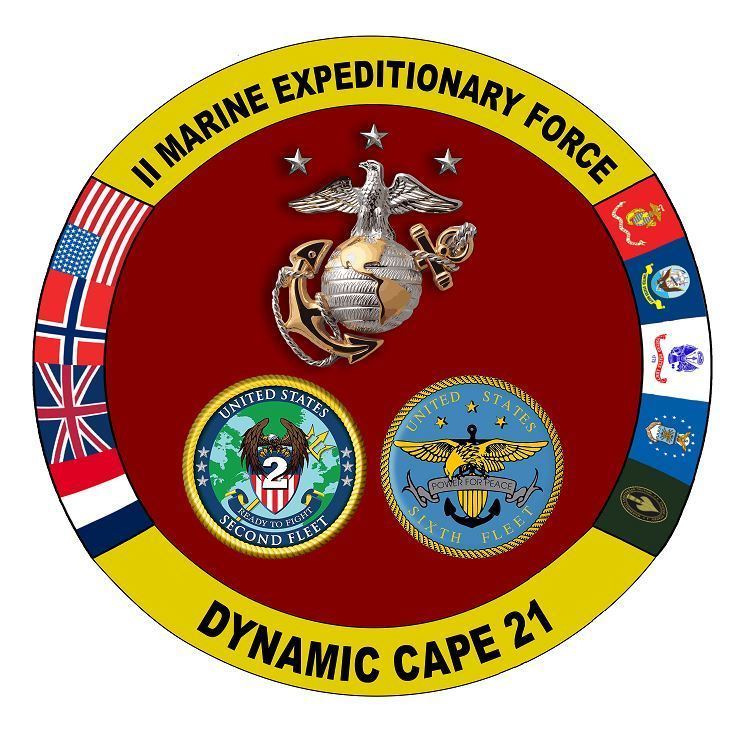 Recently, I had a chance to visit Camp Lejeune and talk with the leadership of IIMEF. I have visited 2nd Marine Air Wing often, most recently last December and of course, 2nd MAW is a key enabler of IIMEF operations. But both commands are in transition as the United States and its allies work to shape both warfighting and deterrence strategies to deal with the challenges posed by Russia and its authoritarian partners to the North Atlantic.

The geography for defense and deterrence has changed for the North Atlantic with the collapse of the Soviet Union and the rise of Putin’s Russia. Rather than having a Warsaw Pact geography to operate from in the North Atlantic, Russia now faces a new configuration of competitors in the Northern region, with the Cold War “neutrals,” Sweden and Finland become close partners of its Nordic allies and significant participants in reshaping North Atlantic defense.

The standing up of the new commands at Norfolk, a relaunched and re-configured Second Fleet and the establishment of an operational NATO command on U.S. territory, Allied Joint Forces Command, create a launch point for reworking North Atlantic maritime operations and defense.

The U.S. Navy is launching its next generation carrier, the USS Gerald R. Ford into this evolving strategic context, and the Norfolk commands under Vice Admiral Lewis are reworking how to fight as a fleet with allies working in close cooperation with the United States. And in the new context, operations in the High North and working defense and security in the region with both the Russians and Chinese as players is a key part of the strategic reset.

New defense approaches and concepts of operations are being shaped by the fleet, working to shape capabilities to operate as a distributed integrated force. This obviously is a work in progress where the blueprint is being forged and shaped.

And it is about force redesign but done in the context of being able to fight tonight. It is also about reshaping blue water operations, or better expressed as blue water expeditionary operations after a two-decade priority on support to the land wars.

It is into this strategic context and US Navy fleet concept of operations redesign where 2nd MAW and IIMEF are engaging in their own force redesign as well. The Marine Corps Commandant has emphasized the importance of increased USMC-Navy integration, but this is especially challenging as the US Navy is on its own adventure for fleet warfighting redesign itself.

And for both 2nd MAW and IIMEF, they are coming out of a long period of operating in the Middle East with priorities on how to work with the US Army and allied ground forces to operate and prevail in the wars of counterinsurgency. But unlike these wars, peer competition has built into it the key challenge of mastering escalation dominance. This means that the Marines as a maneuver force need to prioritize their abilities to operate and prevail in contested air and maritime space, and to do so by sorting through how to shape a distributed integrated force with a Navy itself in the process of significant redesign.

This is hardly easy, and remembering throughout, that redesign is nice, but one has to be ready for combat operations now. This is the challenge facing IIMEF as well as 2nd MAW as it shapes its way ahead to integrate with the US Navy.

Added to this are two other dynamics of change as well, which the commands face as well, both providing tools and opportunities for significant innovation. Unlike the Cold War period, the Nordics and the British are shaping new capabilities and approaches to defense in the region. And indeed, they have new equipment, as good or more advanced than the American forces themselves are operating with. How then best to shape an open-ended co-learning process between the Navy and the Marines, on the one hand, and the allies on the other.

The other key dynamic of change involves the reshaping of U.S. airpower. For the USAF, bringing fifth generation capabilities, and using bomber capabilities are becoming key elements of reshaping the warfighting and deterrent capabilities in the region. But this shift is generational in making as well as the USAF has primarily focused on its support for the ground forces for a very long time.

The nature of the challenge faced by the USAF in re-engaging in the kind of combat capability which is now becoming central for the US Navy and its USMC partners in force integration was well articulated by Ben Lambeth in his recent book on airpower in Operation Inherent Resolve and which he discussed in a recent interview with me.

He noted in that interview that “as counterinsurgency operations became the predominant American way of war after 2003, the USAF lost a lot of muscle memory for doing much of anything else by way of higher-end force employment. And the predominant Army leadership at U.S. Central Command continued to apply its long-habituated Army thinking going forward into an entirely different situation that was presented by the rise of ISIS. A more assertive leadership in CENTCOM’s air component at the time would have pressed for a different response to the challenge it was handed in 2014 by arguing for targeting ISIS not as an insurgency, but rather as a self-avowed state in the making.”

Lambeth further added: “One must remember that the vast majority of today’s serving U.S. Air Force airmen are only familiar with Operation Desert Storm from their book reading. And even much of the USAF’s more senior leadership today has never really been exposed to higher-end aerial warfare as we last experienced it over Saddam Hussein’s Iraq in 2003. Only now are we slowly coming to realize the opportunity costs that were inflicted by this neglect for nearly two decades, during which time we fixated solely on less intense counterinsurgency warfare.”

I have been focused for several years on what I see as a clear and dramatic shift from how civilians and the military have looked at the land wars in the Middle East to now dealing with adversaries who have built forces for contested operations across the spectrum of conflict.

We have a generation of civilian and military leaders who have not lived in the context of dealing with peer nuclear powers with significant conventional capability. It is not surprising that a full and proper understanding of escalation management has atrophied as a result.

This strategic shift has had a particularly dramatic impact on maritime and airpower, which clearly should be the ascendent force elements in the Pentagon as we seek to sort through the way ahead. And the fullest possible integration of air and maritime power is the key to underwriting the strategic interests of the United States.

So how do we make the transition? How do we shape a concept of operations that is more relevant to the new strategic reality now emerging in the Pacific? And how do we prevent ground-pounders from pressing to put long-range missiles with conventional warheads into the first island chain or on allied soil ringing China without even considering their all but certain negative impact on escalation management with a nuclear power?

As the Navy and Marines work their new approaches to Atlantic defense, clearly a core partner in this effort is the shift in how the USAF approaches its operations in the region. This means that for the North Carolina-based Marines they are facing multiple transitions as the same time. They have their own transition from the land wars, and shaping how to operate in denied and contested combat space. They have to work with the Navy to shape a co-evolution of operating as a distributed but integratable force. They are shifting from the classic Cold War mission of racing to Norway to counter the Soviets prior to a German like seizure of the area to one where the Nordics themselves are reworking their defense approach out into the High North. And the USAF is working its fifth-gen tactical fighter capability working with the bombers to shape a longer range kill web enabled combat force.

This strategic context provides the background for the transition in the Atlantic region, and it is a background different from the Pacific and deserves its own analysis as well.

In short, exercises, experimentation and cross-learning with allies, the USAF and the US Navy are key ingredients which will shape an effective way ahead for 2nd MAW and IIMEF. It also sets the challenges and opportunities facing their own force transformation.

The exercise is a building block in IIMEF transformation.