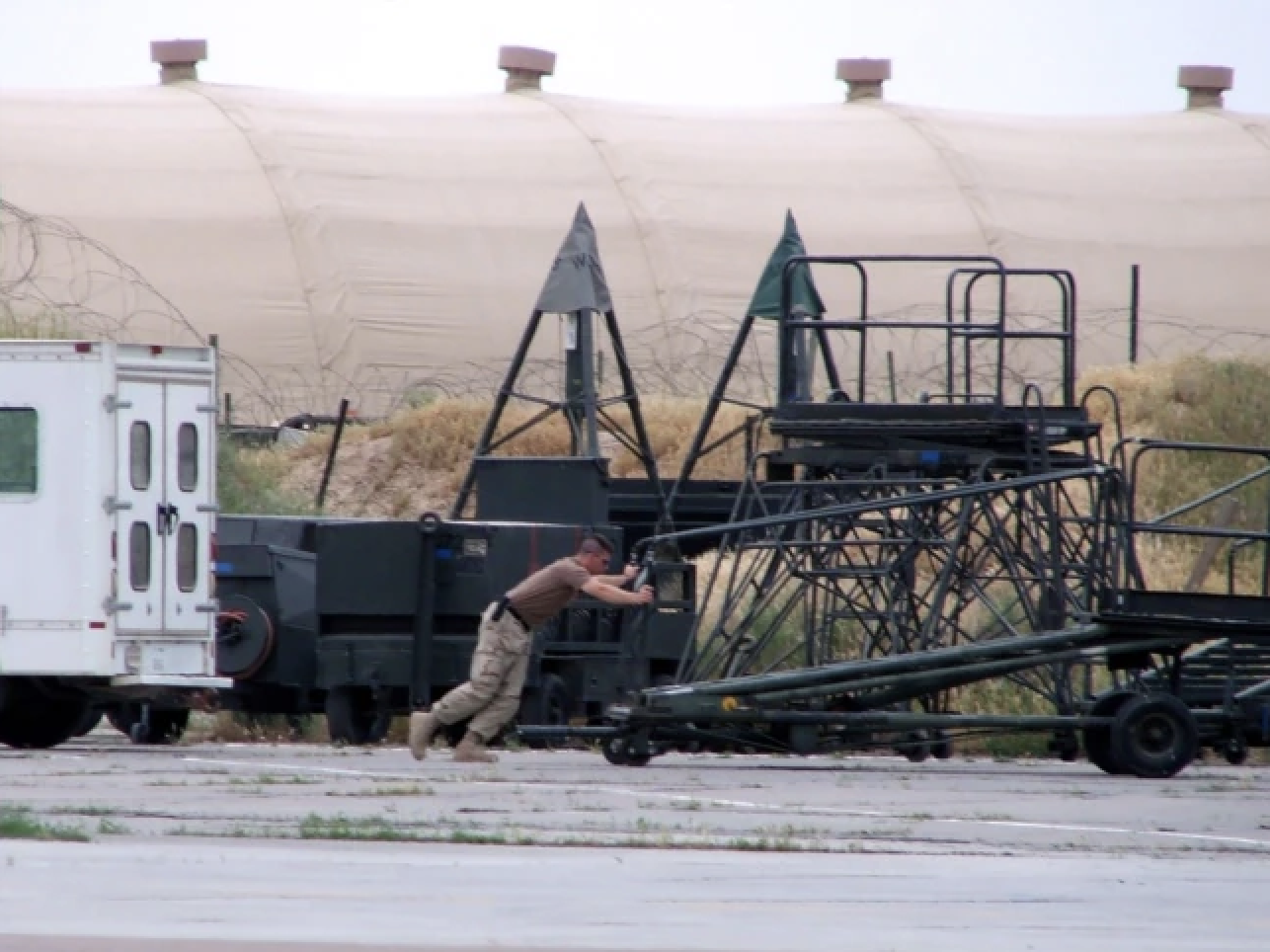 The U.S. is attempting to evacuate its troops and contractors from Afghanistan by 11 September 2021, the 20th anniversary of the al-Qaeda attacks.

American officials say they will keep the ability to collect intelligence and strike against terrorist threats to the U.S. by locating facilities and equipment in nearby countries.

Negotiations to locate American military and intelligence units in Afghanistan’s Central Asian neighbors will be difficult.

The neighbors will have to live with an Afghanistan in which the Taliban assume a larger role, probably within the country’s governing institutions, and hosting foreign forces will complicate bilateral relations.

Of the five Central Asian countries only two are likely fits for U.S. designs, so let’s eliminate the outliers.

Kazakhstan has good relations with the U.S., and many airfields, but a mission to Afghanistan requires a lengthy overflight of another Central Asian country, Iran, or China. The country also has a busy airspace, a downside for the U.S. is concerned as its aerial operations may not stay secret.

As Kazakhstan borders Russia the presence of U.S. military and intelligence units will raise regional tensions and set Nur-Sultan between Moscow and Washington. A better approach for the U.S. is to increase economic engagement with Kazakhstan to give it room to flex between the big powers. U.S. investment has lagged that of China, which has notched up 55 projects worth $27.6 billion, half in oil and natural gas.

If Washington is serious about its new Central Asia Investment Partnership with Kazakhstan and Uzbekistan we may see a region that attracts investment and, with it, interest by other governments in local sovereignty and economic prosperity, marquee goals of the United States Strategy for Central Asia 2019-2025.

Turkmenistan has an almost 500 mile border with Afghanistan but the natural gas-rich country follows a policy of “permanent neutrality” which has been recognized by a UN special resolution, so it is unavailable.

The Kyrgyz Republic hosted a “transit center” at Manas International Airport from 2001 to 2014 that was used to support U.S. operations in Afghanistan. But relations were fraught with allegations of irregularities in U.S. fuel contracting, the killing of a local civilian, and rumors of fuel dumping. U.S.-Kyrgyz relations may have improved in the interim but Bishkek may steer clear of openly cooperating with the U.S.

That leaves Uzbekistan and Tajikistan, both of which border Afghanistan, which avoids third-country overflight to targets in Afghanistan.

Uzbekistan’s relations with the U.S. have improved since the election of the reforming president Shavkat Mirziyoyev. The country participates in U.S.-sponsored military training and counterdrug efforts, but its official policy is to not join military blocs, host foreign military bases, or deploy its troops abroad.

Uzbekistan has modern airfields at Tashkent and Navoi, but Tashkent is the capital city airport and Manas is an international cargo hub, so they both lack anonymity. The U.S. previously used the military airfield at Karshi-Khanabad in 2001-2005 but will be reluctant to return after numerous reports of illnesses due to environmental pollution. The Termez airport is near the border with and is used by Germany to resupply its contingent in Afghanistan but it’s a big step from hosting cargo flights to hosting American spying and riding.

The border with Afghanistan is short – only 89 miles – and is fortified and patrolled to deter smugglers which makes it hard for foreign forces to operate unilaterally.

Tajikistan obviously believes in being a friend to all as it hosts military bases of Russia, China, and India. Iran and Tajikistan have discussed joint measures against “against terrorism, extremism, drug trafficking and organized crime,” and they recently announced a military cooperation agreement. The country is a major drug trafficking corridor and a U.S. presence could enhance ongoing counternarcotic measures in Tajikistan and Afghanistan, but the field may be too crowded with opposing intelligence services for Washington’s comfort.

The border with Afghanistan is an infiltrator’s dream – sparse and over 800 miles long – but well used by alert smugglers, and the Russians, Chinese, and Indians are likely watching it.

Uzbekistan understands “good fences make good neighbors” but also has actively participated in developing Afghan by building a rail line from Hairatan on the Uzbekistan-Afghanistan  border to Mazar-i-Sharif, training young Afghans through the Educational Center for Training Afghan Citizens in Termez, and exporting electricity to Afghanistan at a reduced price.

Tashkent hosted a Taliban delegation in 2018 and encouraged negotiations with the Kabul government, and may want to avoid facilitating belligerency against the Taliban.

Tajikistan, which doesn’t have Uzbekistan’s resources, is securing itself by seeking foreign patrons and may be amenable to a U.S. offer as it seeks American financial aid and a counterweight to Russia, China, and India.

These objects of America’s attentions will have to consider Washington’s notoriously short attention span, and the fact that a commitment by the executive branch doesn’t commit the U.S. Congress, which can adjust the foreign policy by control of the appropriations process or by legislation mandating economic sanctions of individuals, organizations, and countries.

The increase in Chinese investment in the region via the Belt and Road Initiative has exposed Central Asia to Beijing’s approach to interstate relations via infrastructure. China may not try to checkmate the U.S. move to local facilities, but it offers an alternative model of engagement. Beijing is a tough negotiator and makes its policy preferences clear but its goal is to invest in changed physical infrastructure, while the U.S. is perceived as wanting to change society. The latter is a sensitive issue as Central Asia is finally free of some else’s empires: first Persian, then Russian, and latterly Soviet.

One of the more vexing issues is the effect of U.S. military flight operations in the region.

Will the local governments have any control over the timing and targets of the U.S. activity?

Then there’s the matter of sharing the intelligence collected with the hosts.

And the status of forces agreement that governs the law that applies to foreign military, foreign civilians, and contractors.

Local governments will want to avoid military operations that may cause civil aviation carriers transiting the region to reroute as this will cost them overflight fees. Then there’s the U.S. Federal Aviation Administration (FAA) warning about Afghanistan: “EXERCISE EXTREME CAUTION WHEN FLYING INTO, OUT OF, WITHIN, OR OVER THE KABUL FLIGHT INFORMATION REGION.” (Yes, the FAA communicates in all caps.) Will the extension of U.S. military operations into their territory increase extend the risk to civil aviation?

The Central Asian sky looks pretty uncrowded but there’s little room to maneuver. Afghan airspace to the south is hazardous and Russia to the north usually limits overflight rights to one airline per country, so any restrictions on civil aviation will narrow the East-West funnel, possibly causing shippers to seek other routes or modes of transport. In other words, its money out of someone’s pocket.

Its time for “Let’s Make a Deal” as Washington attempts to hang onto its presence in the region and stays focused on eliminating Afghanistan as a terror threat to the U.S. – even though the 9/11 operation was planned in Hamburg, Germany.

There’s no local animosity towards the U.S. (though the Kyrgyz and Uzbeks previously showed the Americans the door) but it’s obvious that Washington’s prognostications of success in Afghanistan were just talk.  And China has shown it’s possible to do a deal with a practical big power that doesn’t include mandated social engineering.

Though China and Russia have a better image than the U.S., America can make headway by ensuring its latest military enterprise doesn’t damage local economic prospects or make host nations targets for reprisals by Afghan-based extremists,  while respecting local culture and sovereignty.

Can the U.S. deliver when it’s on the back foot?

Mr. Durso served in the U.S. Navy for 20 years and has worked in Kuwait, Saudi Arabia, and Iraq.

Featured PhotoL An undated photo showing a U.S. soldier at the Khanabad base in Uzbekistan.