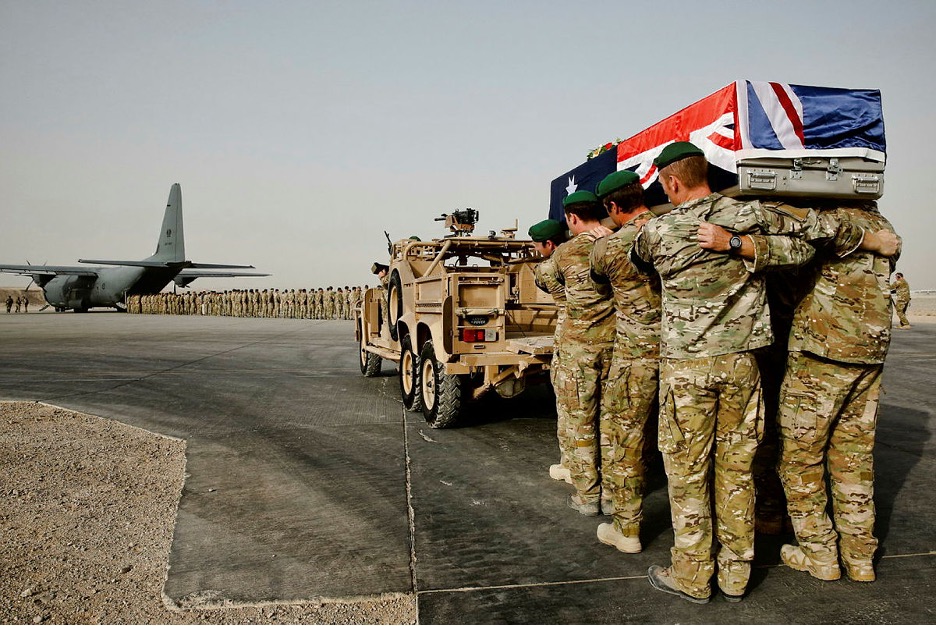 The war in Afghanistan has profoundly changed the Australian Army and had a significant impact on the whole defence force.

Around 30,000 ADF personnel served in Afghanistan and 41 died there. The vast majority of them fought and worked with great courage and decency, many living in small, isolated patrol bases in remote valleys with the Afghan soldiers they mentored.

They did not just teach the Afghans to shoot and then send them on their way; they fought, and some of them died, with those Afghan soldiers.

Even when trust was broken with ‘insider’ killings of Australian and other allied soldiers by Afghan personnel who were traitors or disaffected, the Diggers persevered.

Soldiers who ran technical training programs teaching Afghans were immensely proud of the tradesmen they turned out.

Those who built schools and clinics took the same pride in introducing visitors to young Afghan doctors who worked there, tending long lines of sick and injured.

I’ll never forget an ill-judged comment I made to one doctor when I noted that while there was so much physical injury around, his clinic had a mental health room.

The doctor looked at me sadly and said: ‘We’ve been at war for decades. Nearly everyone has lost someone. Everyone is traumatised.’ Sometimes, in quiet moments, his words, and his face, come back to me and I wonder if he has survived thus far, if he’s still working, and whether his devotion to his patients will keep him there if the Taliban take over, or if they’ll simply murder him.

Diggers who built or repaired schools were proud that local kids, especially girls, were being educated there.

There were hope-filled periods when the region around Kabul was calm enough for journalists and other visitors to go to local markets, to roam through shops full of stunning carpets, shawls and cloaks without an armed escort. That was an echo of Afghanistan of the days before the Russian invasion when it was a fascinating, romantic and historical, and surprisingly secular, sojourn on the global hippy trail.

But at the same time, there was another war going on in the mountains and valleys a helicopter ride away, where Australian and allied special forces battled through one dangerous operation after another in a conflict fought in darkness and out of sight of the media and the world at large.

A small minority of them got out of control.

This became a true corporal’s war in which junior NCOs had the authority of kings.

On top of that, some officers were treated with contempt by a small number of NCOs who’d spent endless nights on dangerous operations and who undoubtedly did know more about fighting and surviving than those sent to command them.

There was also a view by many in the regular army that they’d largely been marginalised through a determination to minimise casualties by using the special forces for just about everything.

When concerns were raised about possible unlawful killings, the army ordered its own investigations. What they uncovered was profoundly disturbing. Something had gone badly wrong on the Afghanistan missions—a deep-seated and distorted warrior ethos permeated parts of the SAS and an entrenched culture of impunity had taken hold there.

There were ‘catastrophic cultural and professional shortfalls’ within Special Operations Command (SOCOMD) and ‘corrosive’ friction between the major special forces units, the SAS Regiment and the commandos. Under the pressure of 20 intense rotations in Afghanistan over 11 years, the special forces had become isolated from the rest of the army.

Any examination of how operations in Afghanistan have changed the ADF has to include a reality check on Justice Paul Brereton’s report on alleged ADF actions in Afghanistan. He found a range of atrocities which, had they occurred in Australia, and if they are proven in court, would make the perpetrators some of the nation’s worst serial killers.

The word ‘woke’ has emerged, fairly abruptly, in the Australian language for such events and it’s fired around with abandon by those who disagree with any action taken by anyone trying to do the right thing.

It is ‘woke’, apparently, for senior military officers to be shocked to learn that there’s strong evidence that some Australian soldiers, a small minority, committed war crimes that included killing unarmed Afghan prisoners. And it’s ‘woke’ to object to Australian soldiers wearing the death’s head symbols once favoured by Hitler’s elite killers.

ADF commanders say the decline has been reversed and a restructured SOCOMD is now positioned to implement the Afghanistan inquiry’s findings and to rebuild the trust of government, the defence organisation and the public.

Of all the wars in which Australia has been involved, the Afghanistan conflict was the longest, its intensity and its largely hidden cost reflected in the significant number of veterans who have killed themselves since coming home.

On the positive side, the war taught the army a lot about the necessity for the war fighter and intelligence to be tightly integrated. It led to major technological advances by Australian soldiers and engineers to deal with weapons such as the ingenious improvised bombs, mostly made from diesel and fertiliser, that proliferated there. Those innovations will save lives in wars and peacekeeping missions all over the world.