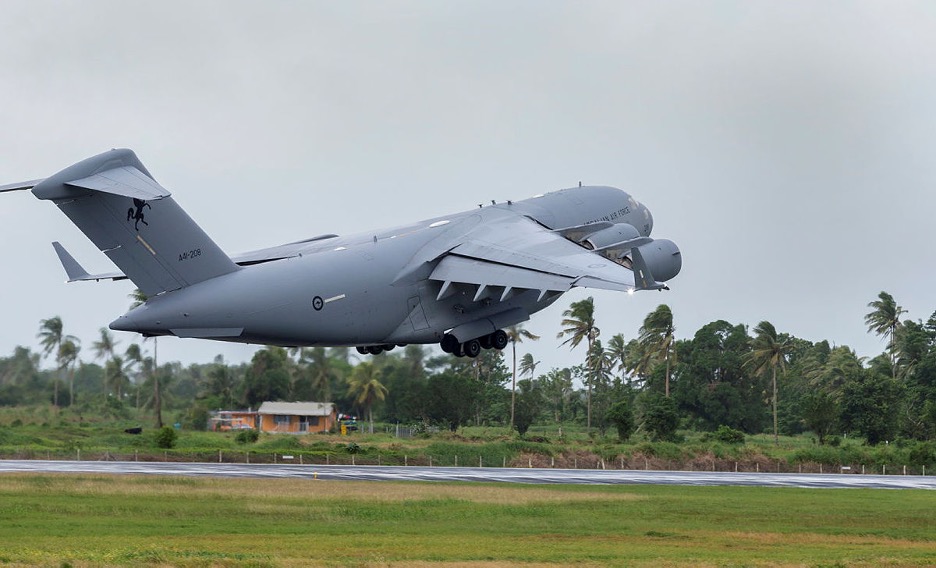 In November 2018, Prime Minister Scott Morrison announced his version of Australia’s ‘Pacific step-up’, which was about taking ‘our engagement to a new level, launching a “new chapter in relations with our Pacific family”’.

Under the step-up, Australian engagement in Papua New Guinea and across the South Pacific has responded to the broad-ranging regional challenges identified by Pacific leaders and communities themselves, including fostering security partnerships; strengthening climate and disaster resilience; sustaining economic growth; and supporting the promotion of healthy, educated, inclusive populations. There’s been a significant package of new activities and programs, including electrification and undersea cableinitiatives, as well as assistance in managing the Covid-19 pandemic.

The Australian Defence Force has had an important role in much of the step-up, enhancing partnerships with the region’s forces and increasing its presence and levels of activity, as well as providing critical logistical and planning support for the response to Covid-19.

But the step-up has so far failed to be a positive enabler of regional security and has yet to take advantage of a large asymmetric advantage that Australia has in the new competitive strategic environment described so frankly in the 2020 defence strategic update.

An implicit goal of the step-up, which regional leaders understand well, is to make a standing Chinese military presence in Australia’s near neighbourhood less likely through a clear statement about renewed Australian engagement.

The step-up’s defence goal is certainly about reducing the prospects of a Chinese military base or bases being established in the region and of a more routine People’s Liberation Army operational presence making use of civilian infrastructure like ports and airfields in Australia’s near region.

The approach to date has involved a very defensive, negative mindset, though. And that discounts the advantages that PNG and the South Pacific can provide to Australia in shaping our strategic environment and deterring both coercive military presence and potential conflict. As with Australia’s north, the region’s geography is a valuable asymmetric strategic asset that we can either use well or neglect.

As an example of undervaluing the positive role our region’s geography can play, the step-up includes Australia and the US partnering with the PNG government in rebuilding the Manus Island naval base–something which was announced at the time of the 2018 APEC meeting in Port Moresby.

The plan for Manus is deliberately low-key, though, and will essentially replace the base’s ageing infrastructure with a more functional and comfortable version of what PNG had before. Yet it fails to take advantage of Manus’s incredible natural anchorage and harbour to enable PNG to work more closely with security partners like Australia, New Zealand, France, Japan and the US.

The rebuilt wharf will support the secure and safe berthing of PNG’s four Australian-made Guardian-class patrol boats. But, as currently conceived, it does little to expand the base’s capability to also accommodate, say, forward-based Royal Australian Navy offshore patrol vessels—let alone provide purpose-designed berthing for larger ships, like Australia’s landing helicopter docks, that will need to operate in the region.

There also appears to be no plan for how the nearby Momote airfield—upgraded by China—can be put to work with the naval base for PNG’s and the region’s security purposes.

This example demonstrates the latent opportunity in the step-up as an enabler of Australian military posture and presence.

It’s entirely understandable that there’s a reluctance in the Australian bureaucracy to propose ideas that are challenging to past ways of operating and that might require difficult political and public-policy work and negotiations. Maintaining states’ sovereignty and keeping the Pacific a region that is not subject to military tension are goals for us to pursue with Pacific partners.

Any larger development in a place like Manus needs to be conceived and delivered with sustainable opportunities for local companies and people as a design principle.

But in understanding and working with the multiple interests, sensitivities and tensions present in the region, we shouldn’t be shy in making the active case to our regional partners that their sovereignty is enabled and advanced by having deeper security partnerships with Australia, New Zealand, France, Japan and the US. And we should also make the case that working to enable Australia’s military to operate around the Pacific will be a net benefit to the region’s strategic environment.

This might sound confronting, and in a way it is, because it acknowledges that the South Pacific is part of the larger Indo-Pacific and not immune to the darker trends we’re seeing in the broader region. If it’s hard to think of this more activist Australian approach, it might be easier to imagine a very different scenario occurring.

Imagine an independent state of Bougainville that seeks its financial future through an early and deep partnership with Chinese companies and banks, working in alignment with the goals of strategic programs like the Belt and Road Initiative.

Such a newly formed state would be a logical place for China to grow a military presence enabled by new infrastructure provided through concessional loans and tied financing. The PLA could, for example, help establish Bougainville’s maritime surveillance capabilities, help out with health support, and partner with law enforcement and security personnel in the new government.

Whether a Chinese military base opened in Bougainville as part of the broader relationship, or whether port and air facilities just enabled a routine, growing PLA presence, the challenge to Australian and regional security this kind of development would bring is a stark and credible one.  .

Instead of waiting to see this dark scenario play out, be it in Bougainville or somewhere else in the region, now is the time for Australia to imagine a bigger, better Pacific step-up and be even more frank with our Pacific partners. The region and its geography are unique strengths that we can all use to preserve our sovereignty and boost our security at a time of growing strategic competition.

The featured photo is credited to the Australian Department of Defenc.