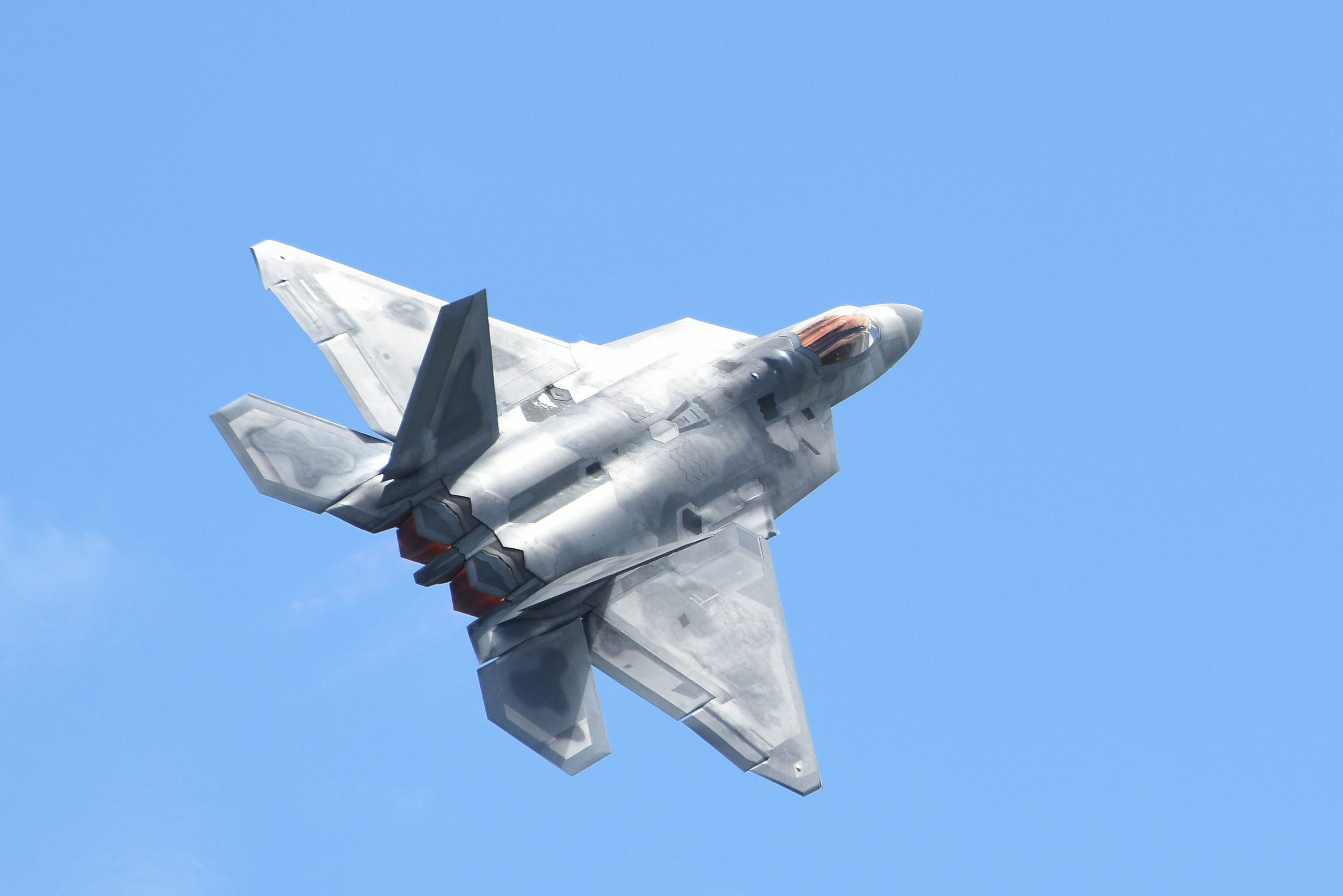 Two recent assessments of airpower in the land wars have reached very opposite conclusions. In some ways, these assessments can be characterized as old RAND versus new RAND. Old RAND represented by Ben Lambeth who has warned about the dominance of the U.S. Army over airpower and continuing Army domination of U.S. military power. New RAND is represented by the RAND assessment of Operation Inherent Resolve and finds lessons learned for the way ahead for an airpower which fits into the Army dominated way ahead.

But there is little doubt about which one is on the correct path. For Lambeth, airpower against peer competitors is radically different from Army dominated airpower; for the new RAND, the lessons learned in the Middle East should still shackle the USAF and the US Navy and core allies when shaping the way ahead for dealing with peer competitors.

The Lambeth view is well laid out in his recent book, Airpower in the War Against Isis.[1] Lambeth concluded his book by quoting a mutual friend, the late Colin Gray, who certainly was Old RAND (he worked with Herman Kahn at the Hudson Institute and Herman was the quindecagonal RAND founder) as well: A country’s overall campaign strategy can be so dysfunctional that it “cannot be rescued from defeat by a dominant airpower, no matter how that airpower is employed.”

Lambeth then went from this point to summarize his book: “That was precisely the situation that was created by the Obama administration’s and CENTCOM’s entirely preventable underemployment of U.S. and coalition air forces for more than two years until the effort was finally rescued by ensuring leadership decisions that padlocked unerringly on the campaign’s most overarching goal and applied the right strategy and force mix toward achieving it as quickly as possible. This is the ultimate campaign teaching from OIR that we should all take greatest care never to forget.”

When one contrasts his assessment with the new RAND, for the team that did their assessment of Operation Inherent Resolve, there are very few lessons learned about the way ahead for airpower than simply a fine tuning of the airpower experience under Army domination.[2] As one former senior USAF officer commented to me: “The RAND Report basically accepts the administration’s and CENTCOM’s party lines without challenge regarding why things played out as they did. It therefore offers little by way of an effective and instructive telling of the OIR story.”

More troubling is that the RAND report suggests that somehow what was done far too slowly and dominated by Army counter-insurgency thinking is useful as a guide going forward with regard to airpower in dealing with China or Russia. In the summary of the report, this conclusion was highlighted: “The overarching strategy of Operation Inherent Resolve, which put ground-force partners in the lead, created several challenges and innovations in the application of airpower, which have implications for future air wars. To be prepared to meet future demands against nonstate and near-peer adversaries, the U.S. Air Force and the joint force should apply lessons learned from Operation Inherent Resolve.”

The RAND report puts forward as its main “finding” that “although airpower played an essential role in combatting ISIS, airpower alone would not have been likely to defeat the militant organization,” but instead that “the combination of airpower and ground forces … was needed to destroy the Islamic State as a territorial entity.”

Yet the issue was never whether airpower could “do it alone,” but whether airpower was applied most rationally, economically, and effectively toward the goal of neutering ISIS as quickly as possible. And the answer to that seminal question, which RAND completely ducked, is a resounding no, at least until then-Lt Gen Brown arrived in the CAOC as the war’s second CFACC a year into the effort and began fixing things that were long in need of fixing.

I recently interviewed Lambeth about his book and how he saw the way ahead for airpower. He noted in that interview that “Clearly, as counterinsurgency operations became the predominant American way of war after 2003, the USAF lost a lot of muscle memory for doing much of anything else by way of higher-end force employment. And the predominant Army leadership at U.S. Central Command continued to apply its long-habituated Army thinking going forward into an entirely different situation that was presented by the rise of ISIS. A more assertive leadership in CENTCOM’s air component at the time would have pressed for a different response to the challenge it was handed in 2014 by arguing for targeting ISIS not as an insurgency, but rather as a self-avowed state in the making.”

As Lambeth added: “However, CENTCOM’s commander, U.S. Army General Lloyd Austin III, simply assumed ISIS to be a regenerated Islamist insurgency of the sort that he was most familiar with, which it was not at all, and accordingly proceeded to engage it as just another counterinsurgency challenge. Eventually, his air component’s second successive commander, then-Lieutenant General C. Q. Brown, finally prevailed in arguing for deliberate strategic air attacks against critical ISIS infrastructure targets in both Iraq and Syria, not just for on-call air “support” to be used as flying artillery for the ground fight.

He added: “One must remember that the vast majority of today’s serving U.S. Air Force airmen are only familiar with Operation Desert Storm from their book reading. And even much of the USAF’s more senior leadership today has never really been exposed to higher-end aerial warfare as we last experienced it over Saddam Hussein’s Iraq in 2003. Only now are we slowly coming to realize the opportunity costs that were inflicted by this neglect for nearly two decades, during which time we fixated solely on less-intense counterinsurgency warfare.”

I have been focused for several years on what I see as a clear and dramatic shift from how civilians and the military have looked at the land wars in the Middle East to now dealing with adversaries who have built forces for contested operations across the spectrum of operations.

We have a generation of civilian and military leaders who have not lived in the context of dealing with peer nuclear powers with significant conventional capability. It is not surprising that understanding of escalation management has atrophied.

The strategic shift has a very dramatic impact on maritime and airpower, which clearly should be the ascendent services in the Pentagon to sort through the way ahead. And integration of air and maritime power is the key to meeting the strategic interests of the United States. But the U.S. Army still predominates with a Sec Def from the Army, a Chairman of the Joint Chiefs from the Army and two 4 Army Four Stars in a theater where the U.S. Army does not have the central, perhaps even a central role to play, namely in the Pacific.

So how do we make the transition? How do we shape a relevant concept of operations?

And how do we stop ground pounders from thinking that they can put missiles into the first island chain or on allied soil ringing China without even considering their impact on escalation management with nuclear powers?

Lambeth assessment of the airpower in the war against ISISI provides a way ahead to answer these questions; new RAND does not. Or put bluntly, if we have not learned the lessons from the land wars, namely, not to follow the US Army dominated path going forward, we will lose in any sustained confrontation with either Russia or China.

As we face the challenges of full spectrum crisis management, it is not the lower end of the spectrum shaped by counter-insurgency which provides a template to deal with the peer competitors. It is integrated air and maritime power able to leverage higher end capabilities early in crisis which can provide for escalation dominance. This has nothing to do with how to manage a slow-mo counter-insurgency control the ground campaign.  It is about the right tools, managed in the right way, to achieve escalation control. It is about compressed time operations; it is about understanding that when dealing with nuclear powers, the counter-insurgency model has really no relevance whatsoever.