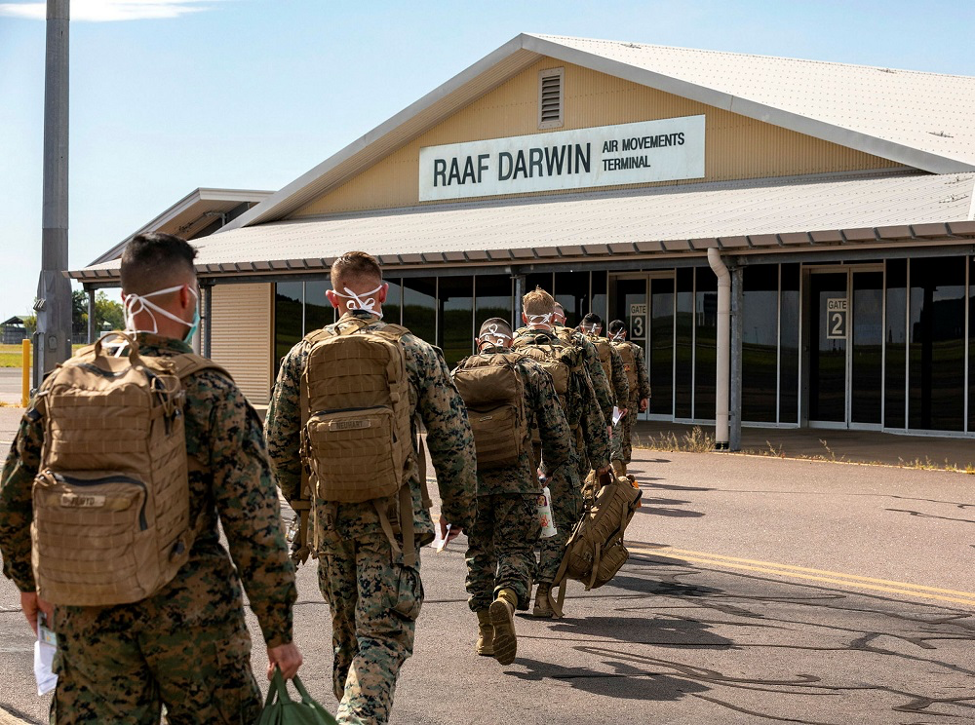 Northern Australia is becoming increasingly important to the United States and its Indo-Pacific presence.

What is less clear for industry, community and state and territory stakeholders is what U.S.–Australia defence cooperation looks like in northern Australia for the next decade.

There’s plenty of rhetoric in agreements such as the U.S. force posture initiatives, AUKUS and the Quad.

However, their lack of clarity and specificity inhibits whole-of-government cooperation, coordination and synchronisation in northern Australia.

The U.S. government has been in northern Australia for decades.

The Joint Defence Facility Pine Gap in the Northern Territory and the Naval Communications Station Harold E. Holt in Western Australia have long stood as the public face of the U.S. commitments to Australia. No doubt, both facilities remain essential to the U.S. Department of Defense.

But they also serve, at least to some extent, as relics of the Cold War when Australia was, for the most part, a strategic backwater.

The force posture initiatives in northern Australia are now more than a decade old.

The Marine Rotational Force—Darwin and the enhanced air cooperation initiative are an extension of Australia’s defence alliance with the U.S. The two nations developed these initiatives in a very different strategic context from the one we face today. Interestingly, despite strong support on both sides, it took almost a decade before the U.S. rotational force deployed at full strength.

The Australian side argues that this slow maturation was because of limited U.S. troop availability. It’s also argued that the limited economic capacity and infrastructure available in northern Australia hampered the expansion of the force, a perspective that is unreservedly rejected by local, state and territory governments.

The Pentagon, for its part, argues that Australia’s Defence Department dragged its feet on implementation.

Regardless, it seems clear that 10 years is a long time.

Today, Australia is key terrain in the Indo-Pacific.

The defence strategic update of 2020 said that, with less than 10 years of warning of any significant future conflict, time was no longer on our side. With this paradigm shift, we must now consider force posture and logistic preparedness in far more detail than at any other time since World War II.

There ought to be little doubt that this pact will shape U.S., UK and Australian military cooperation for decades. But to what extent is difficult to predict, given the immediacy of its key areas of focus: nuclear submarines, cyber and hypersonics.

At some stage, the Quadrilateral Security Dialogue between Australia, Japan, India and the US will likely see greater military cooperation. One only needs to look at a map of the Quad nations to see the centrality of northern Australia. However, it does seem that tangible cooperation among the four countries in northern Australia is a long way off.

In the meantime, the Australian defence organisation is investing heavily in its northern estate.

Substantial investments in updates to and modernisation of its major training areas continue apace. Garrisons and airbases are receiving equally significant investments that reflect the strategic update’s northern focus. There is a commitment to continue this level of investment until the end of the decade.

Progress, however, is being hampered by the impacts of economic and human resource considerations and the absence of a strategic policy to drive decisions in the region.

Australia’s armed services still struggle to attract members willing to be posted to northern Australia, or at least they believe this is the case. Similarly, they regularly mention the costs associated with developing their northern infrastructure.

At the centre, though, is a belief within Defence that dispersal and depth are more important than physical presence or investment in northern Australia.

In contrast, U.S. commanders want to be in northern Australia.

But they also often lament the expeditionary mindset they must adopt when deploying to northern Australia for exercises.

U.S. logisticians remain concerned about the capacity of existing infrastructure and supply chains in these locations. Their experience has been that major exercises like Pitch Black and Talisman Sabre require two years of careful planning to succeed.

Of course, there’s some argument that the defence organisation would be able to mobilise more significant support in the case of a major conflict.

However, that assumption remains untested.

Such thinking doesn’t ensure that much-needed multi-user infrastructure, including ports, airfields, roads and rail, are in place if and when conflict arises.

Rightfully so, any foreign military presence in northern Australia must be in the national interest and respect Australia’s sovereignty.

A year ago, it seemed that U.S. defence thinking, especially at Indo-Pacific Command in Hawaii, was focused on the possibility of forward-deploying additional capability in northern Australia.

But that thinking has rapidly evolved over the past year and is now much more about creating ‘theatre gateways’ and joint logistics capabilities.

In U.S. military doctrine, theatre gateways are the entry and exit points that all personnel must pass through before moving on to their respective areas of operation. Upon arrival at a theatre gateway, troops commence joint reception, staging, onward movement and integration. Theatre gateways also serve as logistics hubs.

To realise U.S. theatre gateway plans will require significant infrastructure in locations like Darwin and Townsville and the securing of all-season supply chains.

Much of that is not in place or planned for on the Australian side.

Projects like the construction of a $270-million fuel-storage facility in Darwin to support U.S. defence operations in the region and investment in Royal Australian Air Force Base Tindal align with the theatre gateway approach.

Nevertheless, neither the Pentagon nor the Australian defence organisation wants to foot the whole bill for ensuring the preparedness of northern Australia.

It seems likely that the Australian defence organisation will once again seek to slow any U.S. progress, if for no other reason than to ensure its thinking can keep pace with that of its U.S. ally. The central argument here is likely to be that local economies won’t be able to keep pace with the demand for construction, food and accommodation, to name a few factors.

The Albanese government’s promised force posture review could play an essential role in providing clarity of thought and strategy.

It should give a clearer perspective on what must be done in northern Australia.

However, a broader whole-of-government perspective is required if we are to answer how the ‘what’ is to be delivered.

If Australia is to get its policy settings right in the north, it will need to think much bigger and faster when it comes to preparedness than it has done since World War II.