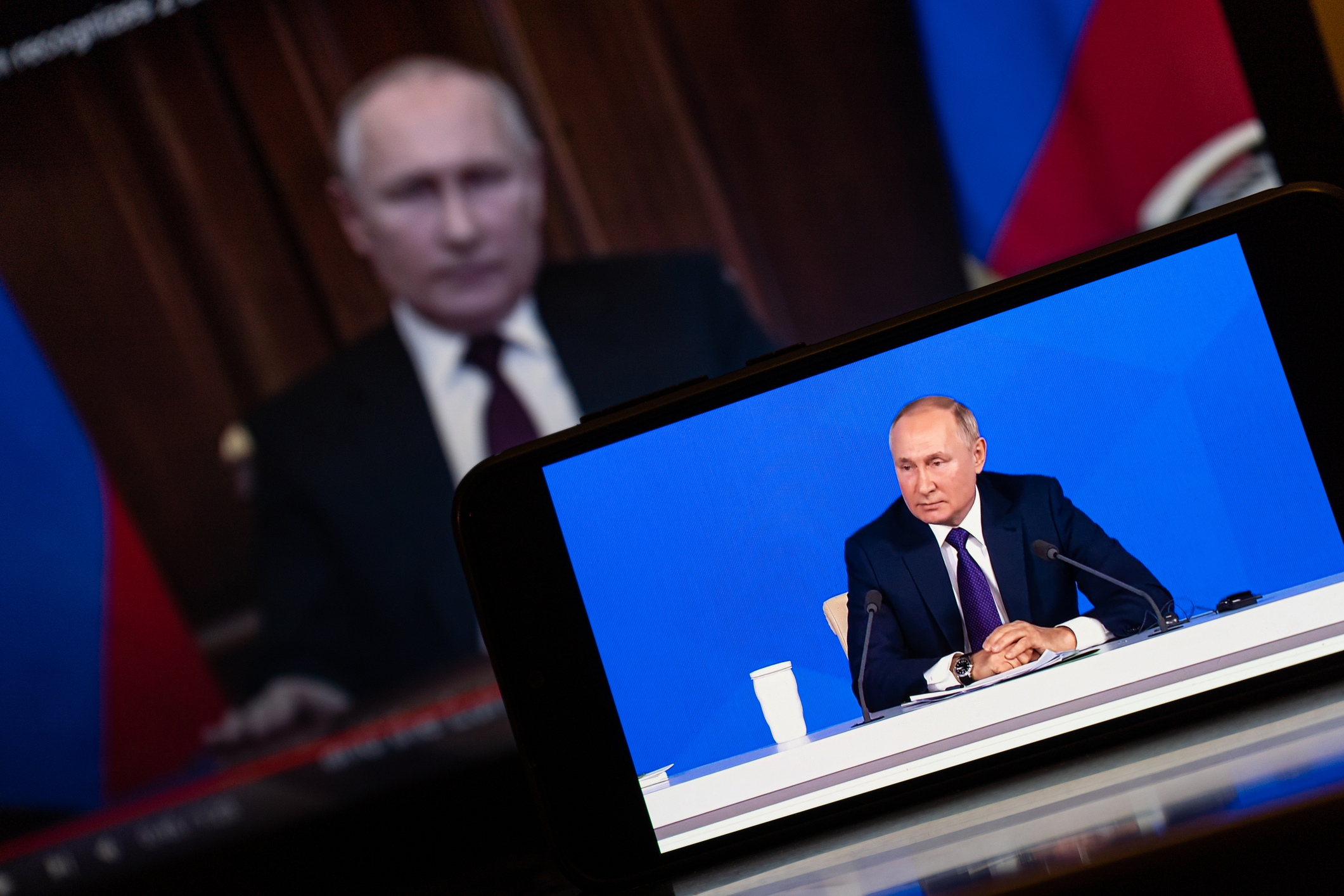 Recent successes of the Ukrainian army are undoubtedly a very good news – at least from the perspective of Central and Eastern Europe.

They mean that the immediate threat, that is, the Russian armed forces, has been moved away from their border many kilometers away.

Nevertheless, tactical success does not mean (at least not yet) a strategic victory.

It is a long way to the end of the war, and Russia – which for now cannot even dream of achieving its initial goals (overthrowing Zelensky, taking control over Ukraine) – will undoubtedly not surrender, but rather it will try to persuade Europe to start peace negotiations. Not to end this pointless bloodshed, but to get a ceasefire and then to try once again to achieve its goals.

There is a fear that the West – with a long and still unfinished history of naivety towards Russia – will agree to this offer.

Russia declares its will to start peace negotiations, but at the same time it escalates the conflict by mobilizing up to 300,000 new soldiers. Ukrainians joke that they first destroyed the professional part of the Russian armed forces, and now they will destroy amateurs.

At the same time in Poland Russian mobilization (mobilizacja) is mocked as “mogilizacja” (grave = gravilization).

On the one hand, Putin’s decision to mobilize more troops partially confirms that the first phase of the conflict was a disaster – better armed and funded military units have been significantly damaged or even annihilated by the Ukrainians and are unable not only to continue an offensive, but even to hold positions that are under attack by more motivated Ukrainians.

On the other hand, this decision shows a scale of Putin’s desperation.

He is ready to recklessly continue this conflict, regardless of the costs – including economic ones, because thousands of mobilized men had to stop working in administration or factories. Putin is fighting for his life, while lives of ordinary recruits do not matter to him.

In this situation, some question arise – shall we negotiate with Putin?

If Putin is ready to escalate the conflict, maybe we have no other way?

Such voices can already be heard and the Kremlin will try to strengthen such narrative. No one is interested in lasting peace and solid security more than Central and Eastern Europe.

But in this region, mindful of history and aware of Russian imperialist mentality, most people strongly doubt that there is any possibility to have a peace agreement, which would be respected by the Kremlin.

Even if negotiations were to start, would Putin withdraw his troops from Ukraine, including Crimea?

Even for the greatest optimists it must be obvious that he would not.

Talks with the Kremlin would mean consent to occupation, which results not only in a physical control over particular land, but foremost over terrorized Ukrainian civilians.

An annexation of Ukraine’s four partially occupied regions suggests Russia’s attempt to freeze the conflict. Then any offensive actions by Ukraine – in order to recapture its own land – would be presented by Western pro-Russian advocates as a violation of a thin peace and destabilization.

Persuading the West to make concessions (through peace talks) and to abandon Ukraine will be carried out by the Kremlin with three basic measures.

First, we should expect further threats – including those about a possible use of nuclear weapons.

The second measure is to deepen the energy crisis, which is no doubt already affecting Europe. Most likely it will only worsen over time and will have a negative impact on the economies of European countries, leading to already noticeable social unrest.

Thirdly, Moscow will use its agents of influence – both paid and so-called useful idiots, which are numerous in Western Europe. While the former support the Russian narrative for money, the latter naively believe that Russia wants peace and security in Europe.

There is nothing new in a Russian strategy.

A leading Polish expert on Russia – Professor Agnieszka Legucka – has openly warned that appeals, such as those of President Macron to avoid any humiliation of Russia and that Ukraine should accept some territorial losses, are nothing more than “playing according to Putin’s rules. This is a traditional, Soviet style of Kremlin’s negotiations.

Decades pass, but Western politicians still get fooled. The Kremlin maximizes its demands, it threatens and puts ultimatums, while waiting for offers from the other side”.

Any genuine peace talks, based on mutual interests and a good will, are not possible with Moscow and this is a high time for even the most resistant to fact to understand that – Russia’s goals remain unchanged.

They include domination in the region, vassalization of its neighbors and weakening Europe, particularly Western Europe. With regard to Ukraine, Moscow’s goal is to destroy it physically and erase it from a map of Europe.

Even if Ukraine agreed to give Russia entire Donbass and resign from Crimea, the Kremlin would not abandon its aggressive policy.

On the contrary, such scenario would be perceived as a great victory for Russia and as incentive to continue hostility towards its neighbors, both in Europe and Asia.

It would also seal a tragic fate of those Ukrainians, who live under a Russian control. They would be completely doomed to an even greater, long-term Russian bestiality.

Since any negotiations with Russia have no chance of a lasting success – at least not as long as Putin is ruling – not only should we increase our own warfighting capabilities, but also – and perhaps most importantly – we need to continue our military support Ukraine, who still wants to fight for its cause. Every Russian tank destroyed and every Russian soldier killed in Ukraine means that Putin has a smaller leverage vis-à-vis Europe, including NATO.

In the face of Russian mobilization and determination, autumn and winter will be very difficult for Ukrainians. Without a strong military aid from NATO and the European Union they could once again be forced to fight for their survival. This cannot happen.

Stopping the Ukrainian offensive, which would undoubtedly be a condition for peace talks, would give the Russians time to restore destroyed units and to rebuild their military capabilities.

It is significant that those who suffer the most – the Ukrainians – do not want to talk with the Russians, because they well know that Moscow’s declarations are worthless.

In other words, both the EU and NATO have to continue its direct support to fighting Ukrainians in order to weaken the Russian war machine.

The greater losses of Russia and a scale of their defeat are, the longer it will take them to rebuild their military capabilities, and the longer Europe will enjoy freedom from Russian imperialism.