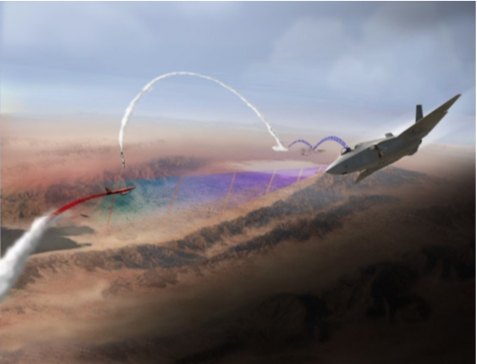 We are facing threats and challenges from key strategic competitors right now.

Talking about the force structure and its “goodness” in 2030 will not deter anyone who matters.

As a colleague has noted, “briefing slides about the future force kill the audience, not the enemy”.

We need to focus on what we might call the “zero to five military”.

What do we have right now to deal with an adversary in a crisis?

And how can we build on the key elements of the evolving force to get better in ways that will matter in the next five years?

It is not about augmenting the legacy force to fight in a legacy manner or rebuilding Cold War NATO and imagining Pacific defense 20 years ago and working to rebuild the past force.

It is about leveraging what we have added to the force recently which allows the US to go to war and fight and win today.

And based on that capability, we can evolve the force over the next five years to become even more effective and more lethal.

What can be forgotten is that today’s USAF, USMC and US Navy can fight right now at the speed of light and we have in motion already the means to build upon what we have in place to get better over the next five years.

In this sense, the future is now.

The definition I offer for” fighting at the speed of light” is a utility function in an offensive/defensive enterprise.

The time is right now to take advantage of 21st  distributed sensing and communication systems to execute a successful Payload Utility function in order for Target Acquisition (TA) and Target Engagement (TE) to use the best payload available to mitigate multiple threats.

Offensively, the same principle applies better and better TA and TE allows all forces to engage using  the best payload to destroy the enemy.

One should not confuse “fighting at the speed of light” to be waiting for Directed Energy weapons such as lasers and radio frequency RF weapons.

Rather, as directed energy systems come on line in the next five years, they will become part of the Payload Utility function as a “payload” which can seamlessly be integrated into a mixing and matching package of appropriate Kinetic or “Tron” warheads.

Since all military technology is relative in an ever improving action reaction cycle, the goal was to develop relative figures of merit against two principle adversaries, rather than attempting to create unnecessary precise absolute values.

Looking only five years out was very important because of the speculative nature of future systems and forces.

From “ready now” to five years out as the maximum threat analysis, especially in this time of direct threats to US fighting forces, can give the war fighting commanders a research and engineering fighting chance.

Thus there is a very simple formula for enhanced capability: Better and better TA and TE = more effective employment of all payloads available to the battle commander.

It is the process of understanding the huge complexities in such a simple formula that is the challenge.

This is never ever to say that visionary American warfighters, conceptual thinkers, and our defense industry should be limiting their vision to only five years out.

Rather it is just a ready now solution set of existing technologies that must the number one priority.

The allies had to fight and win on their battlefield during WWII to give time for the Atomic Bomb to be developed:

A key take away from Victory in WWII was the war winning dynamic triggered by the the Einstein–Szilárd letter,written in 1939:

This new phenomenon would also lead to the construction of bombs, and it is conceivable–though much less certain–that extremely powerful bombs of this type may thus be constructed.

A single bomb of this type, carried by boat and exploded in a port, might very well destroy the whole port together with some of the surrounding territory.

However, such bombs might very well prove too heavy for transportation by air.(Note:he did not tie in advances in bomber  development to the ability to carry such a weapon)

From the Einstein-Szilard letter to first Atomic Bomb demonstration burst on July 16, 1945 was 2176 days of nasty brutal fighting to eventual Victory.

I am personally not sanguine that today we have more than a five year out window to get it right.

As a brilliant Army ADA general pointed out in concurrence with his Chief of Staff in very direct language;

“All the future modernization programs do not help if you are dead.

“Survivability of the maneuver force requires an organic air missile defense as well as extended defense for the integrated battlefield.

“It is not an afterthought; it is a core requirement of mission success.”

The American military and those of our Allies have fielded and tested systems that can fight at the speed of light, from the ocean to the heavens  today, right now .

From today to the next five years those capabilities will only get better.

Russia and China cannot do what this research paper focuses upon and frankly giving our adversaries warfighting prowess beyond what they can filed right now is simply helping them in the global information war.

Combat Today: Kill Webs, and Fighting at the Speed of Light

For an ebook version of the report, see the following: