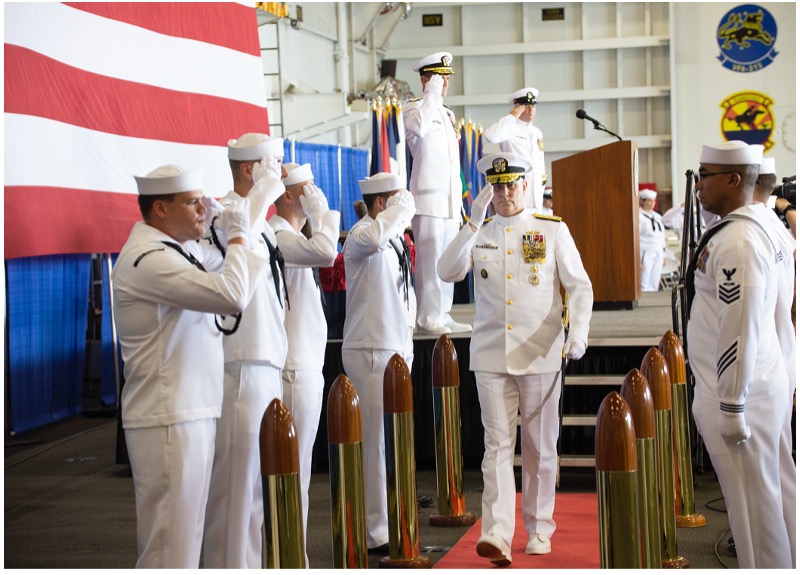 As the Commander of 2nd Fleet and of JFC Norfolk put it in a recent article in The Proceedings:

“In response to Russia’s military resurgence, the U.S. Navy reestablished Second Fleet (C2F) in 2018, and NATO’s North Atlantic Council announced the formal activation of Joint Force Command Norfolk (JFCNF) in 2019. Both commands are headquartered in Norfolk, Virginia, and are led by a single U.S. commander. In October 2020, the NATO- accredited Combined Joint Operations from the Sea (CJOS) Center of Excellence was added. The focus of all three organizations is to ensure the strategic lines of communication across the Atlantic and through the Arctic remain secure and free.

“Great power competition will be driven by investments in gray matter as much as gray hulls. Adversary technology and weapons development are catching up to those of NATO. We must create an advantage through how we train and fight. As a fleet commander, I am tasked with the employment of naval forces, and as a joint force commander, with the employment of joint and multinational forces. As these commands continue to develop, we must focus on operational learning to assess our own strengths and weaknesses and to understand the competition and the battlespace in which we will operate.

“For example, in July, Navy Warfare Development Command facilitated the Fourth Battle of the Atlantic tabletop discussion, which presented U.S. and allied commanders from both sides of the Atlantic with vignettes to address command relationships, resources, mission priorities, and authorities. Insights derived from the exercise are creating a shared understanding of the maritime security environment in the Atlantic and Arctic among all participants and will help to define JFCNF’s role as the command matures.

“Both JFCNF and C2F are shifting their mind-sets from predominantly operating from the sea to fighting at sea—which requires mastery of the domains below, on, and above the sea. We are executing high-end maritime operations from seabed to space.

“Our collective security and interconnected global economy depend on open shipping lanes, unhindered air travel, and uninterrupted flow of data. While C2F is a maritime operational command focused on Atlantic operations, JFCNF’s mission is joint and combined—requiring close coordination across all domains, with cooperation among various national and allied commands in the region. With a shared commander, mission, and geography, C2F and JFCNF are natural partners—each advocating for the other and working in unison.”[1]

What might not be clear to the casual observer is that both commands are startup commands generated by a core leadership team taking a fresh look at the geography, the technology, the effective forces operated by the relevant nations in the region, and the nature of the Russian, not the Soviet, challenge to the region and to the United States.

We have both had the opportunity to work for innovative leaders and leadership teams in the past, although never as often as one would like., and we indeed did so for the same leader, USAF Secretary Mike Wynne,  at one point in our careers.

And visiting the two commands, it was very clear that we were in the presence of both innovative leadership and an innovative command. And given the central importance of dealing with the Russian challenge and to reworking the forces to craft a distributed integrated force, clearly re-thinking the questions and the answers to those questions are crucial. This is not your father’s 2nd Fleet, nor your grandfather’s NATO. But because the names are the same, one could clearly miss the scope and quality of the innovation being driven from Norfolk but seen through the distributed force.

This report presents our findings from our visits to the commands in Norfolk this year.

The discussion of new fighters is never really understood by the public, media, or politicians.  To so many, a fighter jet is a loud, grey, fast, menacing looking piece of…

As my colleague Ed Timperlake often reminds me, the legendary Admiral Arleigh Burke underscored that training started with the core requirement – know your platform. Training clearly must start with…

Lt. General Heckl on Shaping a Way Ahead for I MEF

Prior to my visit to MARFORPAC in August 2021, I had a chance to talk with the CG of I MEF, Lt. General Karsten Heckl. I last talked with him…

U.S. Marine Corps Lt. Gen. Karsten S. Heckl, the commanding general of I Marine Expeditionary Force (MEF), speaks to Marines assigned to I MEF Information Group (MIG) during a visit at the I MIG headquarters building at Marine Corps Base Camp Pendleton, California, Aug. 19, 2020. I MIG is committed to meeting the expeditionary requirements of our commanders, and improving readiness in the information environment. (U.S. Marine Corps photo by Cpl. Tia Carr)
Read More »
View All Weekly Interviews »
Book Reviews

Beyond Submarines: The Real Potential of AUKUS

The recent surprise AUKUS announcement by the United States, Britain and Australia has created a frenzy of focus on nuclear-powered submarines, but the bigger picture is getting lost in a…