The final phase of the course was conducted from RAAF Base Darwin as part of Exercise Rogue Ambush, held from June 15 to July 2.

“I’m constantly impressed by the quality of our pilots,” Wing Commander Sander said.

“From their basic flying training, to then being selected for fighter jets, the F-35A operational conversion course was the very last hurdle.

“The pilots had to apply and conduct simulated offensive and defensive manoeuvres, targeting both enemy airborne aircraft and missile systems on the ground.

“I look at how complex our systems are now and I’m just amazed at what they do and how quickly they learn.” 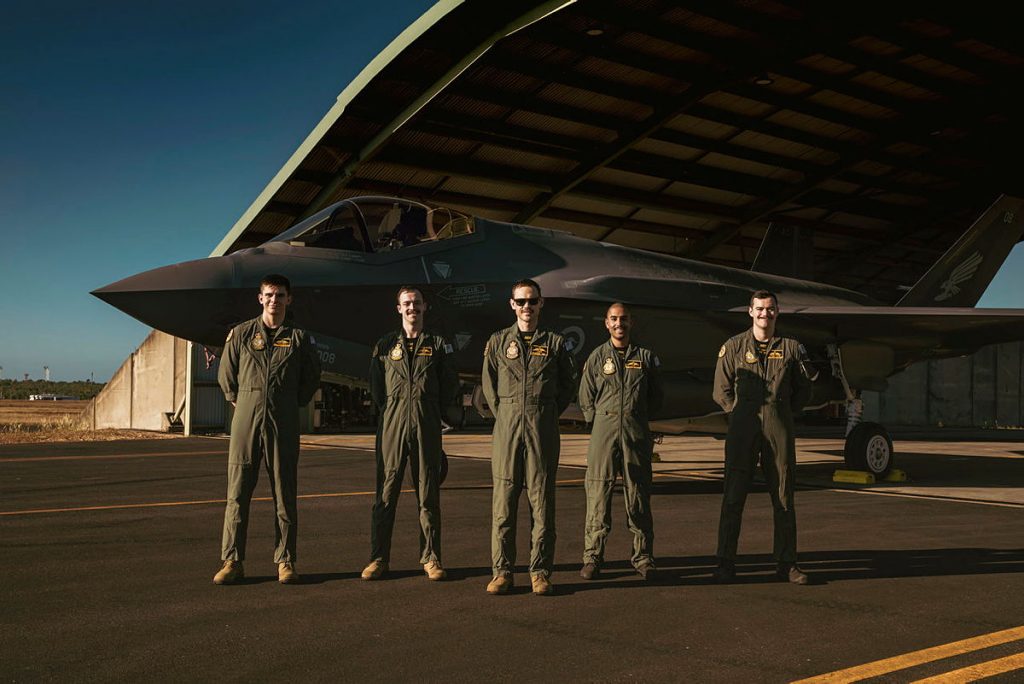 The success of Rogue Ambush required a number of supporting assets from across Air Force.

Wing Commander Sander spoke of the importance of this integration and how it prepared the pilots for operating as a potent combat capability within complex airspaces.

“On any typical mission, we have a KC-30 multi-role tanker transport refuelling the aircraft, and an E-7A Wedgetail with its radar providing sensor coverage across the battlespace for our fighter aircraft,” Wing Commander Sander said.

“Fighter flying is like supersonic three-dimensional chess as we constantly balance the threat and our friendly forces to achieve the commanders’ intent for the mission.

“You have to think about where the enemy are, what they’re doing, as well as your own team who are also operating within the sky.”

Exercise Rogue Ambush was the first time No. 2 Operational Conversion Unit deployed domestically after transitioning to the F-35A last year.

Wing Commander Sander said the success of the exercise could be attributed to the entire team’s efforts.

“F-35As are an important part of Air Force’s capability and control of the skies, so we need our pilots to be combat ready,” Wing Commander Sander said.

“These activities require a significant amount of planning and effort.

“I am grateful we have so many people who are passionate about what we do.

“It’s such a proud moment to come out the other side and graduate our very first F-35A combat-ready wingmen.”

This article was published by the Australian Department of. Defence on July 12, 2021.