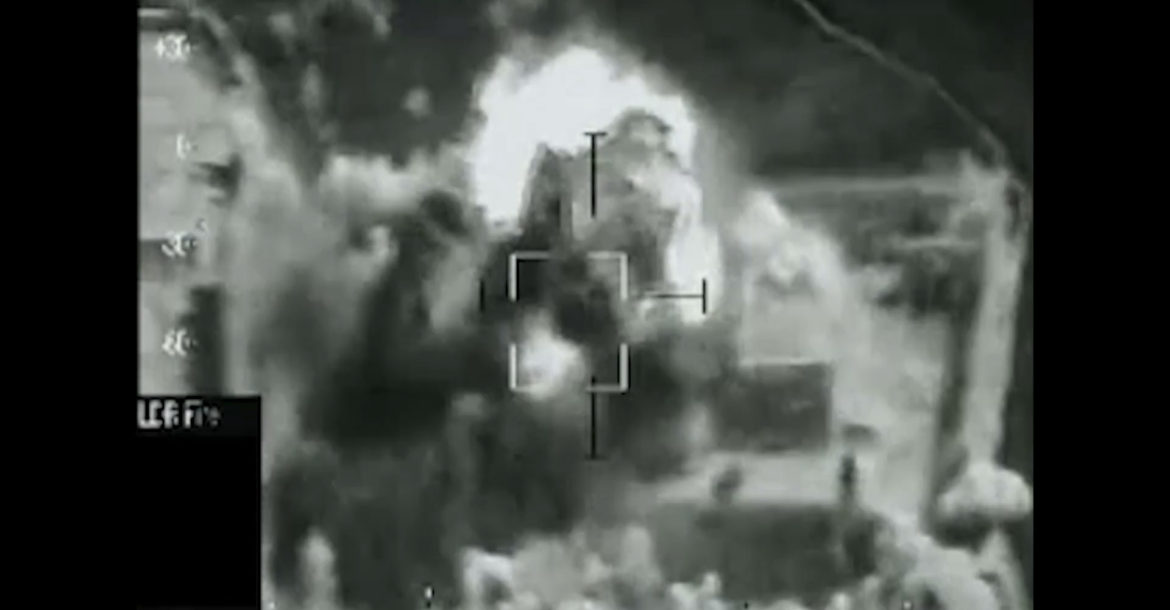 The Afghan Air Force should have delivered a decisive blow in the continuing Inside the Beltway debate on light attack aircraft.

The battle proven A-29 is in the hands of the Afghan Air Force and has delivered its first laser-guided bombs using that platform.

Some Taliban may be dead at the hands of the Afghan A-29s, but for some reason this is not as decisive as it should be Inside the Beltway where the Sec AF thinks we need to continue to experiment.

KABUL, Afghanistan (March 27, 2018) – On March 22, the Afghan Air Force tasked the A-29 squadron to destroy a Taliban compound in Farah. The Afghan attack pilots were equipped with both guided and unguided bombs, and elected to employ the GBU-58 laser-guided bomb to avoid collateral damage.

The drop resulted in a direct hit along the route of a major Afghan National Army clearing operation, marking the first time the AAF dropped a laser-guided bomb in combat.

The AAF used the laser-guided technology because of the target’s close proximity to civilians.
The success comes just three months after the AAF completed training to employ a laser-guided bomb. AAF weapons personnel and crew chiefs loaded, armed, and launched the aircraft with minimal advisor input.

“Key pieces that you’re seeing is that the Afghan Air Force itself, one of the more lethal organizations they have, and one that we’re looking to triple in size by 2023, is conducting significantly more air operations in direct support of the ANDSF on the battlefield, to the tune of 500 more sorties this year than they did the year before,” said U.S. Air Force Brig. Gen. Lance Bunch, director of future operations, Resolute Support, in a December 2017 press conference.

Bunch also noted the Afghan forces conducted their combat operations through 2017 with the lowest level of support from the coalition forces in the 16-year war here, yet has seen some of the most success they’ve ever had.

This laser-guided drop is just another chapter in the success story of the AAF.

“The Afghan pilots have learned their trade during combat and our advisors have expanded their skills in a deliberate step by step approach increasing the Afghan Air Force capability and this recent laser guided bomb strike is an example of the success of the AAF and TAAC-Air’s efforts,” said Brig Gen. Phillip A. Stewart, Train Advise, Assist Command-Air commander. “The Afghan pilots do their jobs very well and they can do it in any part of the country.”

The AAF pilots who conducted the operation were from Kabul Air Wing’s Kandahar A-29 detachment. The AAF also assisted the ANA in destroying equipment the Taliban had stolen.

The AAF gained the capability to conduct airstrikes just over two years ago; first with the MD-530 attack helicopter in August 2015, followed by the A-29 Super Tucano in April 2016.

Today, the AAF flies around 100 sorties each day, and around 10 percent are strikes.

The ability to conduct laser-guided strikes is part of Resolute Support’s plan to develop a professional, capable, and sustainable AAF, giving the country a lethal advantage over the enemy. While the AAF has the ability to employ laser-guided munitions in combat, they won’t always use this technology. The AAF is able to successfully strike within ten meters of a target without laser guidance.

“Most of the enemy targets in Afghanistan can be engaged effectively by the Afghan Air Force using non-precision weapons,” said Brig. Gen. Phillip A. Stewart, Train, Advise and Assist Command-Air commander.

“The AAF has demonstrated again and again that their pilots, using the A-29 and the skills they have learned from our advisors and perfected through combat experience, that they can drop non-precision weapons within 10 meters of their targets. There are certain targets that require laser guided bombs and the AAF has shown it can accomplish that task now as well.”

The rapid growth and training of the AAF is expected to continue over the next six years. Currently, it is around 8,000 members strong, with 129 aircraft total. That will grow to a force of 11,000; the fleet is expected to triple in size as part of President Ghani’s Roadmap.