The First time B-1s have operated out of Norway.

And in an article we published on March 14, 2021, we highlighted the coming of the bombers to Norway and to how they operated with broad Nordic support, including Sweden.

A key building block for the reworking of European direct defense revolves around Nordic defense collaboration and the question of how allies of the Nordics can best reinforce their efforts.

Clearly, the standing up of Second Fleet and its interactions and integratability with JFC Norfolk are part of this.

And with air-sea integration becoming a key element for deterrence in the region, the support goes two ways.

The Nordics are providing air cover for other U.S. and allied naval forces operating in the region and the U.S. is reworking ways to provide appropriate air capabilities in the region as well.

When one says the word NATO, for many in the policy community images of the Central Front and US Army-German collaboration in stopping Soviets from breaching the inner German border and going rapidly and deep within European territory comes to mind.

But in today’s world, the Kola peninsula and its concentration of Russian military power, constitutes a very significant direct threat against the United States and is the front yard for our Nordic allies.

During past visits to Nordic air bases, we have highlighted the modernization strategies being pursued.

In this case, B-1s have come to Norway to operate.

In an article published by USAFE on February 26, 2021, the B-1 mission to Norway was highlighted.

U.S. B-1B Lancers, from the 7th Bomb Wing, Dyess Air Force Base, Texas, flew their first Bomber Task Force mission of this deployment in and around the Norwegian Sea, Feb. 26, 2021.

Department of Defense cooperation with allies and partners in the Arctic strengthens our shared approach to regional security and helps deter strategic competitors from seeking to unilaterally change the existing rules-based order.

“It’s fitting we got to kick this BTF off with a mission that highlights our ability to integrate with our Norwegian allies across multiple domains,” said Gen. Jeff Harrigian, U.S. Air Forces in Europe-Air Forces Africa commander. “This type of interoperability is especially critical in the Arctic where no one nation has the infrastructure or capacity to operate alone.”

Bomber Task Force missions demonstrate U.S. commitment to the collective defense of NATO and contribute to stability in the European theater. Our ability to quickly respond and assure allies and partners rests upon the fact that we are here, in Europe, forward and ready. 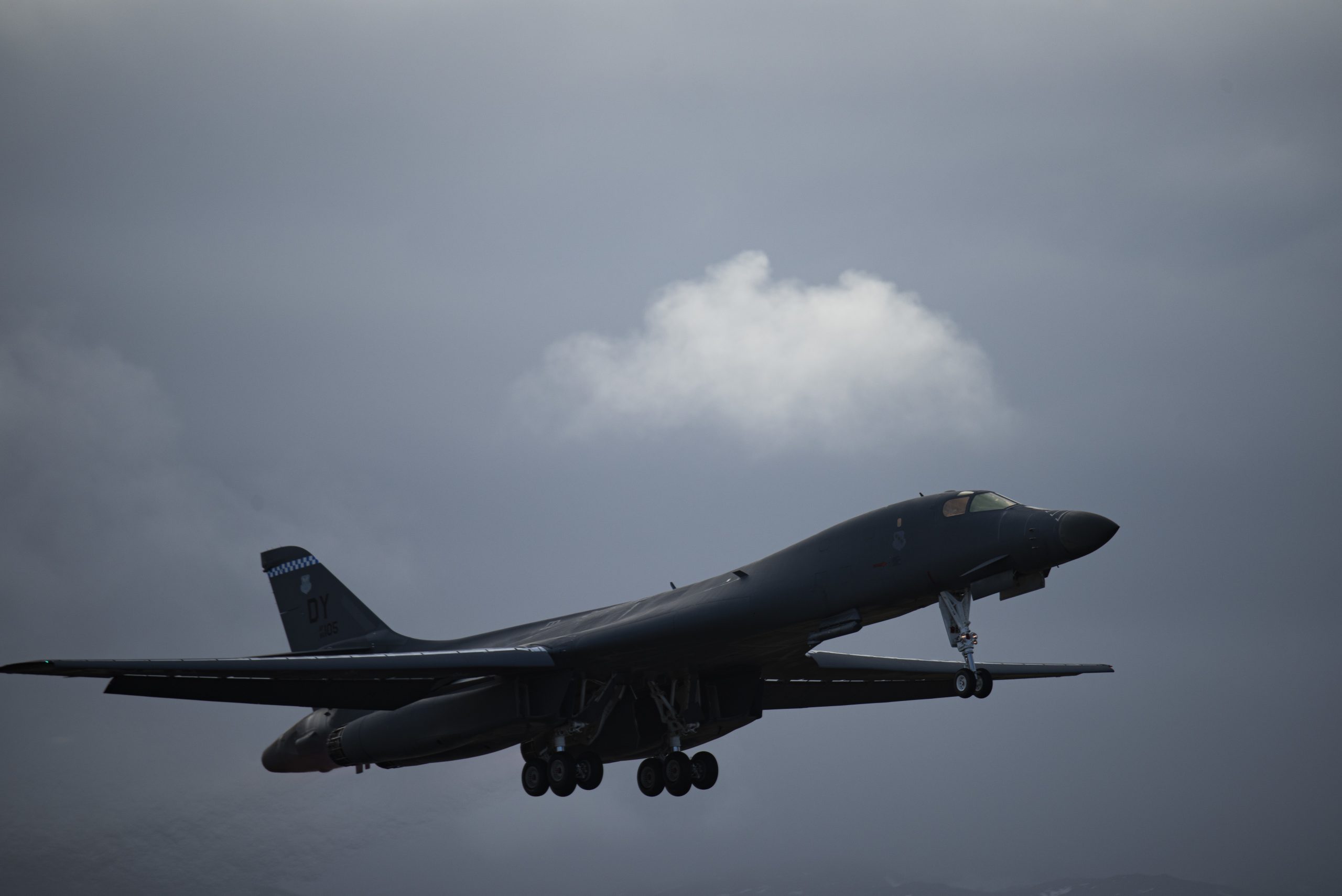 And a March 9, 2021 story by Jennifer H. Svan from Stars and Stripes highlighted the B-1’s landing at Bodo.

The jet is one of four B-1s deployed to Norway along with 200 airmen from the warmer climes of Dyess Air Force Base in Texas.

The historic landing in the High North on Monday came during a busy day of flying in Norway and Sweden.

At Bodo, the B-1 conducted a “warm-pit refuel” on the snow-covered runway. The turnaround technique allows aircraft to land and refuel while the crew remains in the cockpit, letting the jet take off quickly.

The article goes on to add:

The bombers and airmen deployed last month to Orland Air Base, located a few hundred miles southwest of Bodo.

The mission, for which U.S. bombers have deployed to Norway for the first time, comes as the U.S. military increases its training activities in the Arctic.