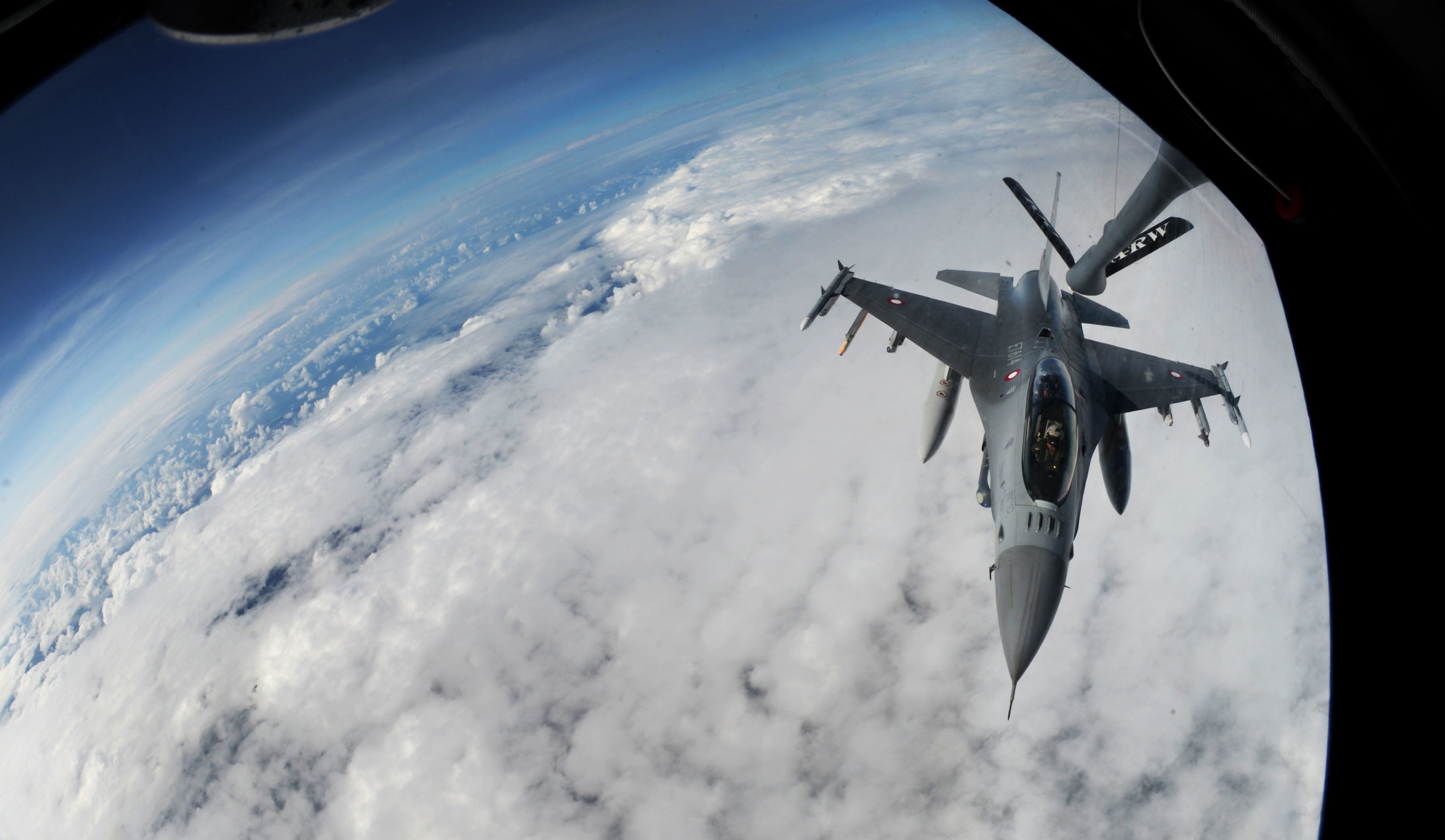 I first met Col. Anders Rex at the Danish Airpower Conference in 2015.

There he provided a significant presentation on the key focus within the Danish Air Force on how to work effectively within coalitions.

We have a core group in the Danish Air Force, which has done several coalition operations, and when we are not doing that we participate in multinational exercises.

This is a core competence that the Danish Air Force has developed, and as we do so we work to find the gold in each coalition operation…..

A key focus of effort among the Allied air forces is clearly upon how to make the most of a coalition and to work more effectively together.

He is now COS of the Royal Danish Air Force as they prepare for the introduction of the F-35 and as core allies in the region are doing so as well, notably, the UK (onboard the Queen Elizabeth), the Dutch and the Norwegians.

The coalition opportunity clearly is right in front of these partners, and in the UK case, the UK has not flown the same aircraft with the Nordic Air Forces for a long time indeed.e

At the earlier seminar, Col. Anders noted that the USAF being as large as it was had less opportunity to work “coalitionability.”

Of course, the USAF is a much larger force than that of Denmark’s.

But Col. Rex underscored that “it’s so big that if you look at the rate of coalition training opportunities per airman I’m sure it’s a lot lower than an air force like the Danish one.”

For the operations which we undertake “It’s really important to know and understand how to make the most out of a coalition, how to dig out the gold.”

In an interview I did last year with then head of the USAF at RAF Lakenheath, Col. and now General Novotny underscored how important he saw the coalition aspect of the standup of the F-35 in the region, notably the UK and the US based at Marham and Lakenheath, respectively:

“I see there is great potential for two countries to develop in concert, side-by-side, and to set, set the model for joint operations.

“As we get this right, we can bring in the Danes, the Norwegians and Dutch who are close in geography and the Israelis and Italians as well to shape the evolving joint operational culture and approach.

“Before you know it, you’ve got eight countries flying this airplane seamlessly integrated because of the work that Lakenheath and Marham are doing in the 20 nautical miles radius of the two bases.”

As important as this might be for the USAF overall, for the Danes and the Nordics it is the coin of the realm.

To be blunt: to leverage every aspect out of the F-35 as a common coalition aircraft will be essential to defense in the Nordic region and the transformation of their forces to deal with the direct Russian threat.

This clearly is a work in progress and what one might call F-35 2.0.

F-35 1.0 is getting the plane and operating it in squadrons; F-35 2.0 is leveraging the aircraft as part of an overall transformation process.

In my discussion during a visit to Copenhagen in October 2017, I had a chance to talk again with ERA (his call sign).

And he was clearly focusing on F-35 2.0, probably in part because the new Danish defense agreement in process if clearly focused on countering the Russian A2/AD strategy in the region.

“When I talk with F-35 pilots, the same message is drilled into me – this is not a replacement aircraft; this is not like any aircraft you have flown before.

“The aircraft enables our air combat forces to play a whole new ballgame.

“And from my discussions with Australians, the Norwegians, the Dutch and the Brits, it is clear that the common drive is to shape a fifth generation combat force, not simply fly the current 256 F-35s as cool, new jets.”

He clearly had in mind working on F-35 2.0 to trigger a broader transformation.

And this makes sense, because in large part the F-35 is not simply a fighter which you define but what it does by itself organically, but, rather by what it can trigger in the overall combat fleet, whether lethal or non-lethal payloads.

“We need to focus on the management of big data generated by the F-35 and other assets that will come into the force.

“How do we do the right kind of command and control within a rich information battlespace?

“We need to build self-learning systems as well.

“How do we get there?

“That is what generating a fifth generation combat force is all about.”

It is clear that the F-35 is part of a significant culture change.

“We need to be open to significant culture change.

“Many Danish F-35 pilots will be converted from 16s and will learn the new ways of operating.

“At the same time, s new generation of pilots will have F-35 as their first combat aircraft and have no operational experience on legacy aircraft and are open to radical changes in how the jet can be used and in working with the other combat assets.

“We need to facilitate and channel such open ended learning as well as we build out or force transformation with those pilots with F-16 experience and the new F-35 pilots as well.

“Part of that is captured by the notion of integrating legacy aircraft with the F-35, but that is too narrow of a concept.

“We are really looking at shaping a different kind of force, F-35-enabled but which incorporates the old which remains valuable and adds new systems which can expand the combat effectiveness of the evolving fifth generation force.”

“How do we make sure that we don’t settle with the reality that the F-35 is better than anything out there and it makes the fourth gen better?

“That will not get us to a fifth generation combat force.

“We need to leverage it to drive continuous transformation to ensure that we have the kind of capabilities which our demanding strategic environment requires.”