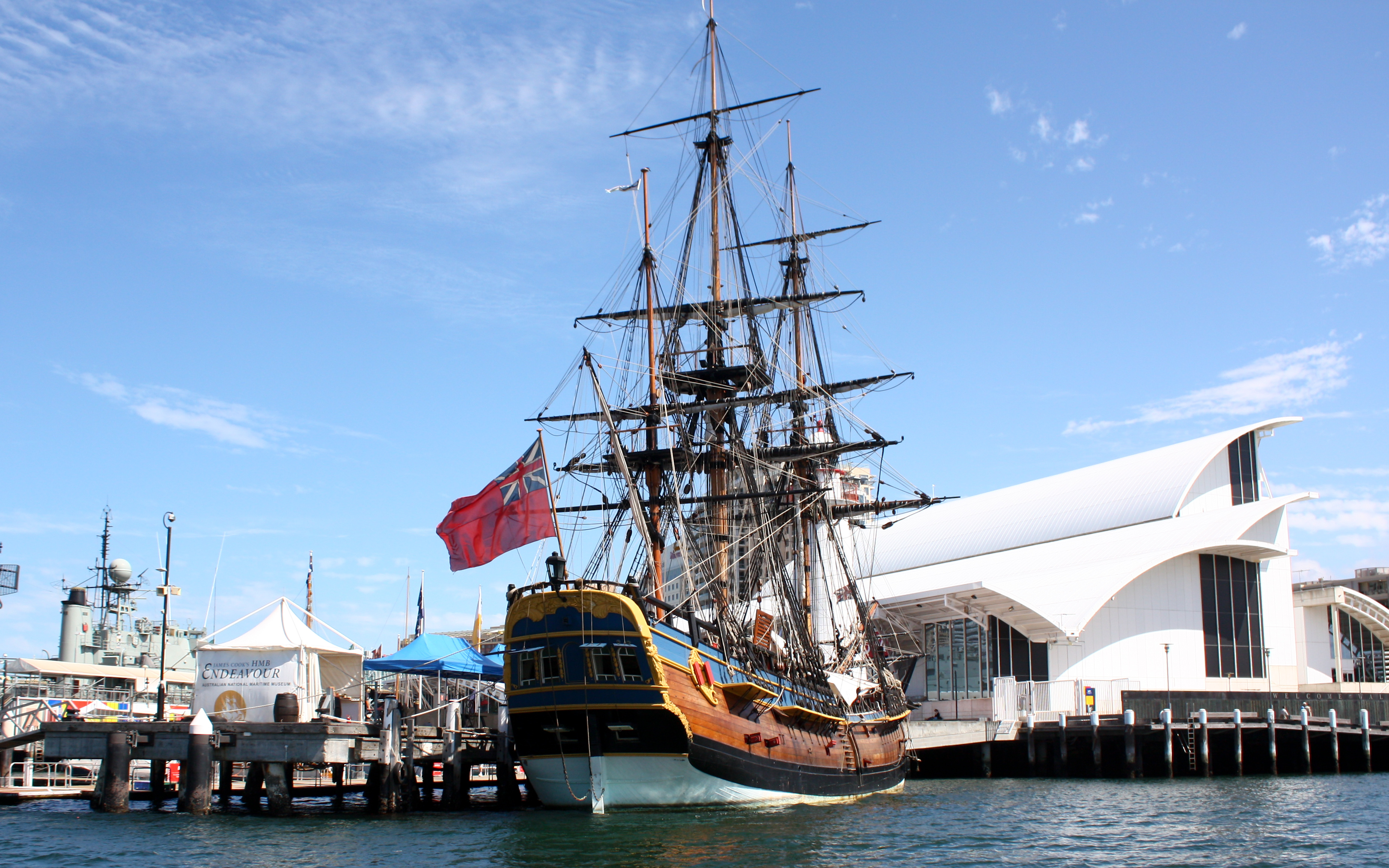 The recent announcement of the discovery of HMS Endeavour off of the waters of Newport Harbor highlights the age of exploration and enlightenment to a now “risk-averse society when it takes years for even a modest policy to be implemented and dozens of emails for a decision to be reached.”

So writes Peter Moore, the author of an extraordinary new book on the ship, simply called Endeavour: The Ship and the Attitude that Changed the World.

Earlier this year, the British Library had an exhibit which displayed a number of the key artifacts from the voyages of Cook to the Pacific and Antarctica.

The drawings and scientific findings from his voyages were on display and really amazing to experience, as I did earlier this year during a visit to London.

But interspersed throughout the exhibit were several videos which undercut from my perspective the whole point of having the exhibit and which highlighted as well a challenge which contemporary society now faces.

Instead of providing understanding of how the explorers saw the world, or providing the sense of adventure with regard to the voyages, we were presented with several lectures on the negative consequences of these voyages from the standpoint of contemporary history.

In stark contrast to the lecturing on contemporary values which the videos at the exhibit provided for those willing to listen, Peter Moore’s book provided a solid understanding of the context and the nature of the age within which the Endeavour operated.

And what a history it was.

The Endeavour was built as a coal transport ship for the internal trade in the UK or perhaps traversing the North Sea.

It was born as the Earl of Pembroke and when commissioned by the British Navy for the voyages to the South Pacific became the Endeavour.

Joseph Banks established a new paradigm whereby naturalists would accompany the Royal Navy during voyages of discovery and because of their presence, much of the history we now have access to comes from their recorded discoveries.

When the First Fleet reached Australia in 1788, it was part of the post-liberation American history.

Until the revolution, the American colonies were the recipients of the convicts and adventurers onboard the First Fleet.

But prior to the First Fleet, Endeavour provided a clear link between the histories of the two countries.

Not only had Cook reached “New Holland” and explored Botany Bay and run into (quite literally) the Great Barrier Reef, but upon return to England, the Endeavour became a virtual relic only to be revived in time to participate in the American War of Independence.

The Endeavour was repaired and became the Lord Sandwich, which is certainly ironic given that Lord Sandwich probably without ever realizing it, the ship named after him actually was the same ship which he helped support for the Cook voyage!

Of course, Lord Sandwich was despised in the American colonies and was a key UK official responsible for generating the fleet which then went to restore order in the colonies during the revolution.

As the Lord Sandwich, the Endeavour, was part of the largest invasion fleet in history prior to D Day, namely, part of the task force which went to seize New York Island from General Washington.

The ship was part of the logistics task force which brought the Hussein soldiers to America to fight the rebels.

Then the ship went north to be part of the Rhode Island task force and served as a prison ship for rebels and then when the French navy came in support of the colonies, it was one of the ships selected to be sunk and to help block the harbor against the French fleet.

And it is from this last resting spot where the Endeavour has been recently found.

Peter Moore highlighted the twining of the life of the Endeavour with the dynamics of change in the American colonies.

“For the Lord Sandwich – as Endeavour must now be called – February 1776 marked the most unexpected of new beginnings.

“Looking back, it is striking to see how the arc of this ship’s life resembled the rise of the political strife in America.

“Her launch in 1764 came just months after the Sugar Act.

“Her purchase in 1768 happened as the colonists reacted to the Townsend duties.

“She approached New Holland as the Boston Massacre was taking place, and returned from her last voyage as the First Continental Congress opened.

“Now, after so long running in parallel, the bark’s life would interweave with events in America.”

I read this book slowly as it is crammed with fascinating details, quotations from original sources and insights on the age in which Endeavour sailed.

In describing reactions of American colonists to the Sugar Act and support of supporters of the British crown in the American colonies, one colonist was quoted as saying this about a Crown supporter:

“I think no Man ought to be hanged for his Looks, but I am thankfull to Providence, that the Dispositions of some Men are so strongly express’d in their Countenances that they only need to be seen to be despised.” (page 80)