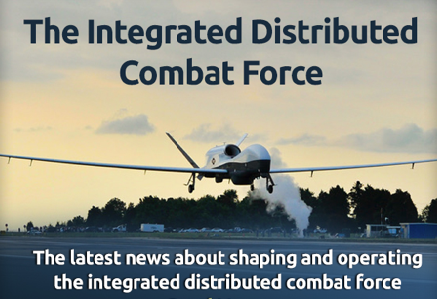 In this new section of the defense.info website, we will address U.S. and allied upcoming procurement choices and decisions. We are focused on how platform and system choices affect the evolution of the capabilities, concepts of operations of a particular ally or of U.S. services or the joint force.

Too often, the focus of the defense press or of analysts is narrowly focused on platforms, rather than placing platform decisions or system decisions into the broader context of the evolution of core capabilities.

We will focus on such decisions by placing them in a broader context. In particular, we are focused on the building, shaping, operating and sustainment of what we have called the integrated distributed force. We have built a separate micro site focused on this theme, but here we are focused on procurement, or equipment decisions which play into this strategic shift.

Over the past thirty years, the United States and its core allies have gone through three phases of innovation with regard to conventional forces.

The first was air-land battle designed for the European theater and executed in the 1991 Iraqi War.

The second was the innovations associated with the land wars and the joint force support for COIN operations.

The third which is unfolding now is designed to deal with 21st century high intensity operations which can be conducted by peer competitors.

This new phase might be called shaping, exercising and building an integrated distributed force.

This is a key part of the effort to shape a full spectrum crisis management capability whose con-ops is shaped to deal with adversary operations within what some call the “gray zone” or within the “hybrid warfare” area.

Higher end capabilities being developed by China and Russia are becoming tools to achieve political-military objectives throughout the diplomatic engagement spectrum.

In today’s world, this is what full spectrum crisis management is all about.  It is not simply about escalation ladders; it is about the capability to operate tailored task forces within a crisis setting – to dominate and prevail within a diversity of crises which might not be located on what one might consider an escalation ladder.

But what changes with the integrated distributed ops approach is what a presence force can now mean.

This rests really on a significant rework of C2 in order for a distributed force to have the flexibility to operate not just within a limited geographical area but to expand its ability to operate by reaching beyond the geographical boundaries of what the organic presence force is capable of doing by itself.

This requires multi-domain SA. This is not about the intelligence community running its space- based assets and developing reports. This is about looking for the coming confrontation which could trigger a crisis and the SA capabilities airborne, at sea and on the ground that would provide the most usable SA monitoring. This is not “actionable intelligence.”

This is about shaping force domain knowledge in anticipation of events.

This also requires tailored force packaging to take advantage of what the new military technologies and platforms can provide in terms of multi-domain delivery by a small force rather than a large air-sea enterprise which can only fully function if unleashed in sequential waves.

This is not classic deterrence – it is about pre-crisis and crisis engagement.

The force we are building will have five key capabilities:

The new approach is one which can be expressed in terms of a kill web, that is a US and allied force so scalable that if an ally goes on a presence mission and is threatened by a ramp up of force from a Russia or China, that that presence force can reach back to relevant allies as well as their own force structure. A shift to a kill web approach to force building, training and operations is a foundation from which the U.S. and its allies can best leverage the force we have and the upgrade paths to follow.

In this part of the website, we will focus on key platform and system decisions which will affect the path forward in building, crafting and shaping the integrated distributed force.

We will focus on key platforms, or systems decisions and place those decisions into this wider context or perspective.