The Indian Navy accepted the first two of its MH-60R Multi-Role Helicopters (MRH) from the US Navy in a ceremony at the Naval Air Station North Island San Diego on July 16.

The ceremony marked the formal transfer of the helicopters from the US Navy to the Indian Navy which were accepted by Indian Ambassador Taranjit Singh Sandhu.

According to Vice Admiral Shekhar Sinha (retd), former Flag Officer Commanding-in-Chief of the Western Naval Command, “The MH 60R will fill a critical capability gap in the armoury of the Indian Navy. With increased presence of non resident naval powers in the Indian Ocean, particularly submarines, it is essential for India to have state of the art Anti Submarine Warfare (ASW) helicopters.”

“Not only will they deter an adversary’s submarines but also give option to a Combat Task Force Commander to prosecute surface vessels in the same mission,” he added.

The MH-60R, manufactured by Lockeed Martin Corporation, is an all-weather helicopter designed to support multiple missions with state-of-the-art avionics/sensors.

Twenty-four of these helicopters are being procured under Foreign Military Sales from the US government. They are being modified with several India Unique Equipment and weapons. 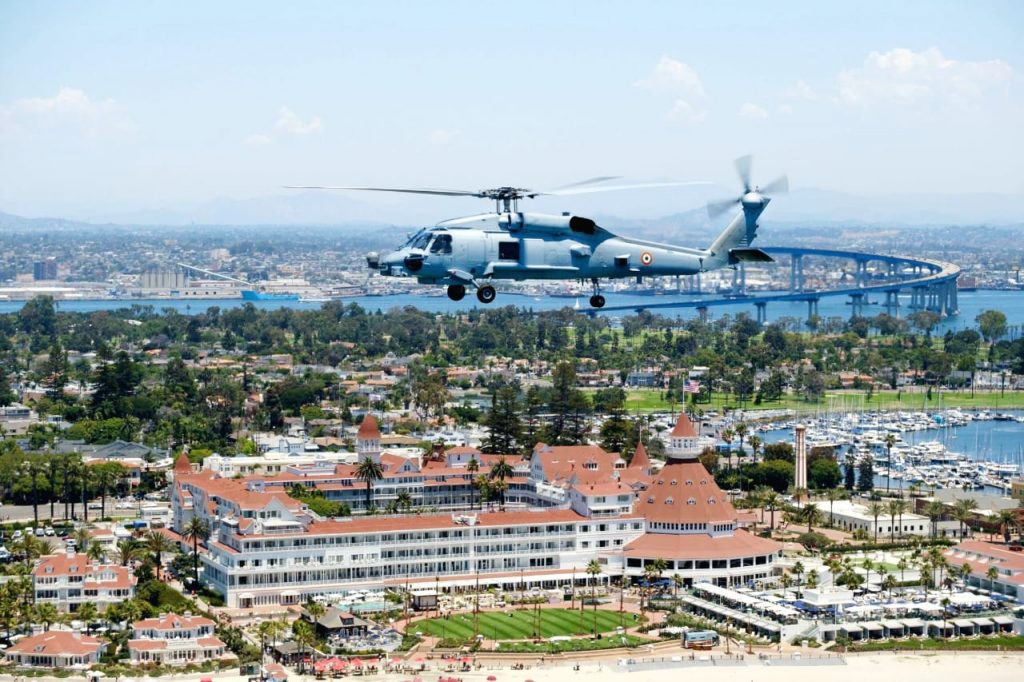 The US State Department had approved in April 2019 the sale of the MH-60R helicopters to India.

The Defense Security Cooperation Agency (DSCA) of the State Department announced approval on April 2, under the Foreign Military Sale (FMS) programme “for an estimated $2.6 billion” for the multi-mission helicopters. Procedurally, DSCA has to notify the US Congress, which it did, saying the proposed sale will strengthen the US-Indian strategic relationship and “improve the security of a major defensive partner which continues to be an important force for political stability, peace, and economic progress in the Indo-Pacific and South Asia region.”

This is the first time that the Indian Navy will get one of the most advanced Anti-submarine helicopters, equipped with Raytheon’s MK-54 torpedoes, Lockheed Martin’s Hellfire missiles, Advanced Precision Kill Weapon System (APKWS) and its Rockets, Night Fighting systems, sophisticated radars and secure communication devices. Just about the same that the US Navy uses.

The Indian Navy had decided around 2014 to go in for this helicopter, then Made and Sold by Sikorsky, and as usual there were procedural hiccups in India. Later, Lockheed Martin acquired Sikorsky, and the deal was closed.

As for the Weapons and Systems on board, DSCA said:

“The Government of India has requested to buy twenty-four (24) MH-60R Multi-Mission helicopters, equipped with the following:

This article was published by India Strategic in July 2021.