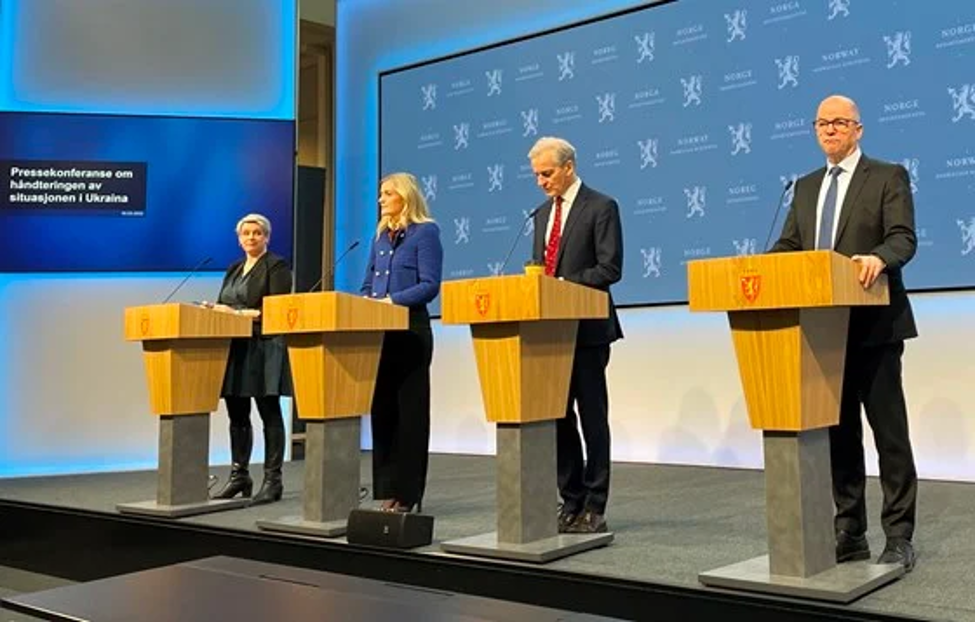 Pending parliamentary approval, the Norwegian Government has allocated NOK 3 billion to increase the activity and preparedness of the Norwegian Armed Forces in 2022. The proposed spending will for the most part be dedicated to strengthen our preparedness in the North, says the Norwegian Minister of Defence.

The allocated sum will increase our readiness and allow us to speed up previously planned acquisitions needed to strengthen the defence capability of the armed forces, says Minister of Defence, Odd Roger Enoksen.

The government proposes the following measures:

The measures are in line with the advice of the Chief of Defence. They are also measures that we can implement quickly and that will have an immediate effect. We will continue to look at how the Norwegian Armed Forces will be strengthened in 2023 and the coming years. Together with the Minister of Justice and Public Security the Minister of Defence is also proposing to strengthen key aspects of countering hybrid threats

Russia has demonstrated a will to use both military and non-military means. Even though Norway is not necessarily the object of Russia’s actions, it does not leave us invulnerable. We are exposed and vulnerable to hybrid threats, says the Minister of Defence Odd Roger Enoksen.

The government will describe the various measures in detail in a proposition to the Parliament, scheduled to be submitted before Easter.

This press release was posted on the Norwegian Ministry of Defence website on March 18, 2022.

The Norwegian government also announced measures in the security area supporting the broader defense effort also in a press release issued on March 18, 2022:

‘Russia’s attack on Ukraine has created a new security policy situation which will also have consequences for civil society in Norway, meaning that there is a greater need for awareness and preparedness. The Norwegian Government wishes to increase the security of the Norwegian population and Norwegian interests, and we will act quickly,’ says Minister of Justice and Public Security Emilie Enger Mehl.

The Norwegian Government will increase its efforts to counter intelligence operations, sabotage, and influence from foreign states, and proposes the allocation of NOK 57 million to the police and the Norwegian Police Security Service for personnel and equipment. This will increase our operational capacity and presence, especially in our northernmost counties.

Norwegian municipalities are attractive targets for digital attacks, and the inhabitants would be badly affected if power or water supply, or computer systems, are interrupted. The Norwegian Government is therefore proposing to impose stricter digital security measures on the municipalities, with the Government covering the costs of this. NOK 50 million has been allocated for this measure.

‘The security situation in Norway has been clear and predictable for a long time. Times have changed, and there are other, higher demands on civil protection and emergency preparedness. The Norwegian Government is now securing Norway in these new times,’ says Ms Mehl.