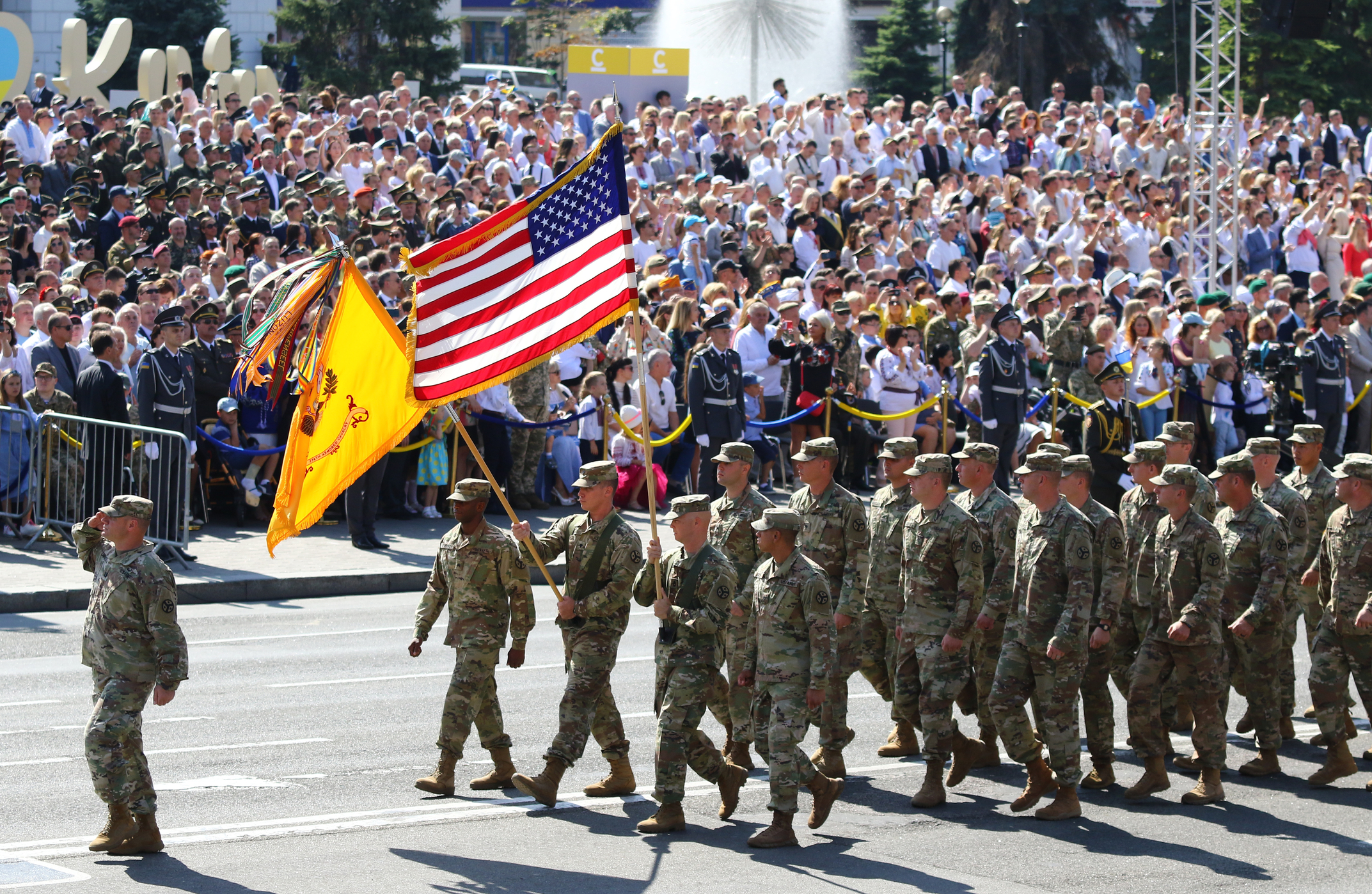 The war in Ukraine is a clear reminder of how deadly dealing with nuclear armed authoritarian powers is for the United States and the liberal democracies.

It is way too early to harvest lessons learned from a war that is far from over, but a clear observation can be made: As Paul Bracken has underscored: “You don’t have to fire a nuclear weapon to use it. The NATO inaction against Russia demonstrates this.”

I have visited many U.S. and allied military bases worldwide, and talked with many military officers involved in the strategic shift from the land wars to warfare against the 21st century authoritarian powers and it is very clear that they are focused on how to distribute force, but aggregate at to get the kind of combat and crisis management effects required.

But this is easier said than done, notably with a generation of officers who have not had to do this, nor face the brutal reality of dealing with a nuclear armed authoritarian power.

In addition to the need to distribute force to reduce force concentrations which the adversary can strike with precision weapons, the threat of NBC weapons has clearly returned which further underscores the importance of force distribution and aggregation.

To be able to do so effectively requires the ability to connect the core force elements and to provide for the kind of C2 which can direct the force to achieve desired outcomes under significant duress.

And this needs to be achieved now, not in the distant future when the United States and the West might have more optimal “combat cloud” integration tools.

How can we do this more effectively and more rapidly with what we have at hand, rather than 2030 or 2040 solution sets?

The authoritarian powers do not see themselves as peer competitors but powers using military force and information warfare and coercion as means to achieve a significant change in the global order.

The United States faces global threats with a force limited in its ability to operate globally as the authoritarian powers work more closely together and augment their global presence in Latin America, the Middle East and Africa.

This means that there is no real alternative other than to find ways to support global allies and partners at the point of interest, and doing so means being able to connect with those forces, share ISR, and to work common C2 solution sets.

There are significant opportunities inherent in the new systems which have already come online, such as the emergence of a global F-35 enterprise, but how to harvest those benefits through shared ISR and C2 capabilities?

In my interview last year with Major General Anders Rex of Denmark, he underscored how it was increasingly critical that we find ways to aggregate force in common but to do so in ways that enhance the survival of the coalition forces.

In that interview, which I wrote early in 2021, this is how I described the challenge as highlighted by the Danish warfighter.

There is a growing emphasis on what is referred to as “multi-domain” C2 as a key means to be able to operate in the extended battlespace.

A new effort to do so is being spearheaded in the United States, which is referred to as Joint All-Domain Command and Control (JADC2). This is certainly an important effort and a key target to enable fully a future integrated distributed force.

But such a future force concept does not well describe what can be done now to enhance the capabilities of the United States and allied forces to deliver an enhanced capability to leverage data and C2 in operations for today’s forces.

Indeed, a number of new capabilities already introduced into the force are driving changes which can be leveraged now, such as the arrival of the F-35 global fleet.

In the view of the commander of the Royal Danish Air Force, Major General Anders Rex, there are already significant opportunities now to build out enhanced integration. In an interview done with him while I was in Europe in January, we discussed by teleconference his perspective and his approach.

According to Major General Rex: “For me, joint all domain C2 is clearly the future.

“But at the same time, we have to work on enhanced capabilities with the current force.

“We need focus on both in parallel. Denmark does not have the muscle to shape the future of all domain command and control, but we also need to drive the change – we need now to get the job done.

“What I have been focused on over the past couple of years, is to make our force better now. Today.

He argued that Denmark is building a national shared database structure to more effectively bring together Danish and allied assets. It can be forgotten by non-Danes that the Kingdom of Denmark reaches much further than Europe and extends into the Arctic to include Greenland and the Faroe Islands…

He argued that learning how to best leverage information is part of the process of guiding near term innovation.

He also highlighted the importance of focused integration in a particular specific operational area as a key consideration as well. “We should not focus simply on building a gold-plated multi-domain C2 system designed to operate over very large geographical areas; we also need to have a system that is able to focus on local geographical areas, and for a certain amount of time.”

He underscored the importance of expanding the capability and willingness of allies to share data. He talked about how the members of the Danish Joint Data Link Operations Centre work closely with other data experts in NATO and how that shared experience drives innovation in terms of shared intelligence underscoring what building an integrated force can drive.

The future is now.

“We need to change the culture of our militaries so that we are in a giving mode rather than a receiving mode. Push of information rather than pull. And without that specific cultural change, new technologies will not matter as much as they could in shaping the way ahead for an integratable force.”

Major General Rex underscored that this was especially important because of the need to work effectively in the range of crises affecting Denmark, Europe and the NATO alliance.

“We need to deliver spectrum elasticity. The Russians do not think in terms of peace, crisis and then war; they have competition and war as their basic approach.

“The competition piece has a really wide range in which the use of all of a nations tools of power can be escalated or deescalated in time, intensity or geography collectively or individually – so essentially the degree of conflict can continuously be expanded or compressed.

“This means that we too need to be able to move with elasticity along the spectrum of conflict.  And our C2 and ISR systems need to enable and facilitate spectrum elasticity.”

It is clear that what Major General Rex highlighted as a crucial strategic direction for allied forces has only been further underscored by the return of major conflict within Europe itself and significantly affecting the security and defense of the Kingdom of Denmark and its allies.

How might we accelerate the strategic innovation we need to deliver the force connectivity and C2 for a distributed but integratable force?

And to do so in the face of engaging in conflict with nuclear-armed authoritarian powers?