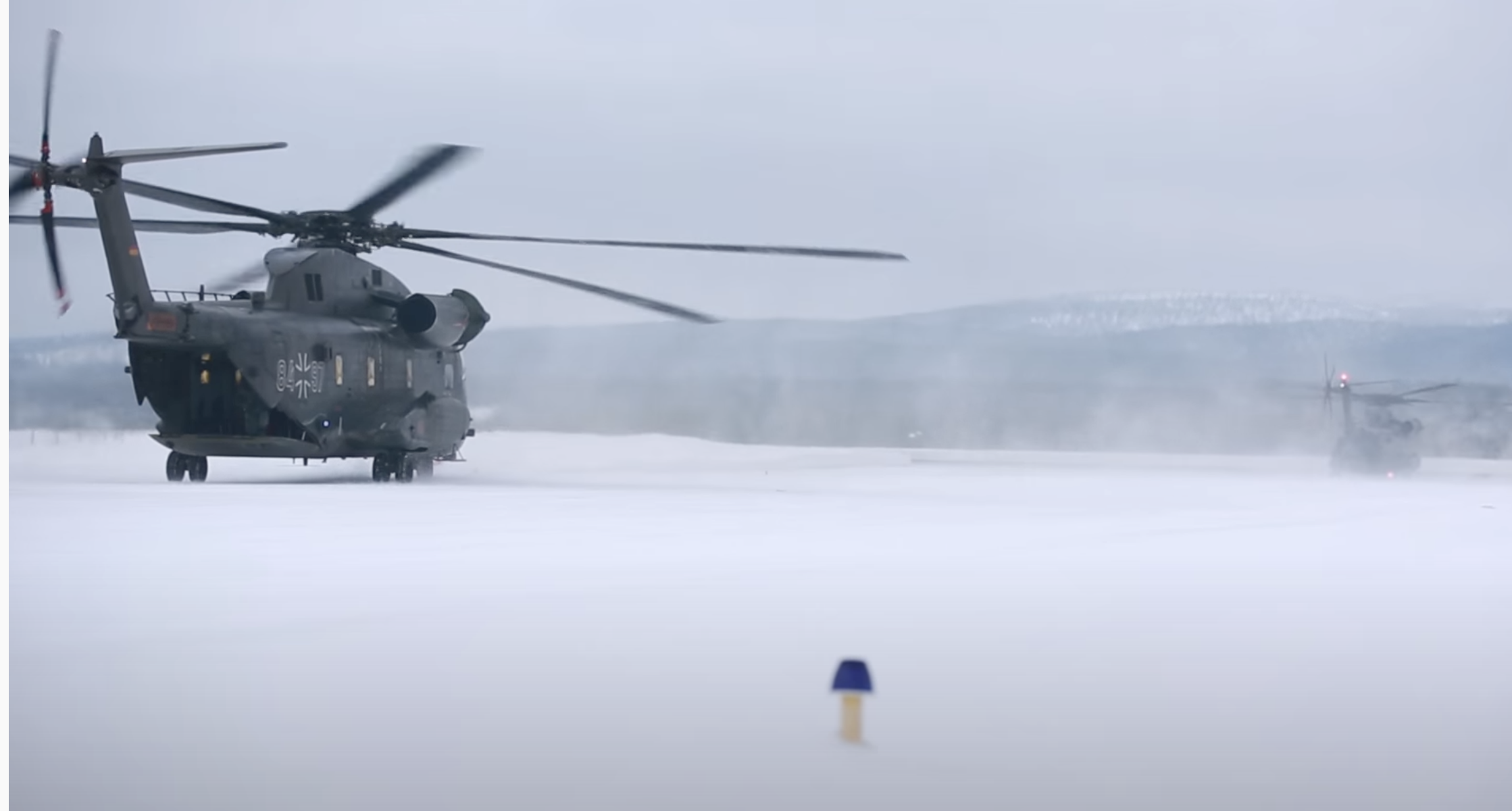 Prior to addressing the platform options for the German defense force in terms of either a medium or heavy lift rotorcraft platform, I would like to summarize some considerations identified from the previous analyses of the German defense re-set.

First, the shift for a German defense reset is from a primary focus on territorial defense during the Cold War to forward defense of the perimeter of the wider German defense zone.

Or as Lt. General (Retired) Klaus-Peter Stieglitz, former Chief of the German Air Force, underscored during my 2019 visit to Germany: “We are no longer talking about defense at the inner-German border or supporting out-of-area operations; we are talking about providing an umbrella for new allies who wish to see that NATO has a credible defense strategy and deterrence capability. Germany needs to focus on this challenge and build the appropriate force.”

This means that any rotorcraft addition to the lift fleet must move at distance with air refuelability a key requirement for sure.

This is why working ground assets for such supplies, notably by rail is a key part of the way ahead.

And certainly, this makes the lift element even more important to support German forces forward or allied forces which German platforms are moving from rear to forward areas.

This is also means that an ability to integrate the lift fleet is crucial.

In the maritime shipping world building standard ISO container sizes has been a key part of enhance efficiency in operating freighters at sea and moving cargo ashore to rail and truck platforms for transport.

For the military, it has been the focus on standardized pallets.

The HCU-6/E or 463L Master Pallet is a standardized pallet used for transporting military air cargo. It is the main air-cargo pallet of the United States Air Force, designed to be loaded and offloaded on today’s military airlifters as well as many civilian Civil Reserve Air Fleet (CRAF) cargo aircraft.

This means that any rotorcraft lift to be added to the German forces should be able to handle 463L pallets.

Third, the entire lift force along with the ground transport elements needs to be exercised and developed to be able to move supplies to a combat force which operate from flexible or mobile basing.

In order to enhance the survivability of the force, moving supplies around an extended combat space is a key requirement.

Adding a rotorcraft element to the lift force has as its primary focus an ability to support a distributed combat force, able to operate from a wide variety of mobile bases.

The rotorcraft element has at its requirement an ability to move rapidly the maximum load out which a distributed force will need to have the level of lethality required.

Fourth, there is significant defense innovation underway, which will empower the evolving combat force and to which the new lift asset will need to contribute.

There are significant changes underway to enable unmanned systems, C2 and ISR distribution and integration and evolving mixes of unmanned systems with weaponization approaches.

The new rotorcraft will need to have the capability to be a key enabler and participant in the evolving roles of the lift force as new technologies are added to the force, notably in terms an ability to work the evolving digital integration of a deployed distributed integrated force.

In other words, a platform decision going forward for the German armed forces should where possible be made to add capability which positions itself to work with the evolving force, rather than simply fitting into the inherited legacy force.

This certainly has been the case with adding the F-35 to the Luftwaffe, which will enable it to build out the overall defense forces multi-domain capabilities and to accelerate many of the concepts inherent in the Future Combat System approach launched by the French and the Germans, ironically designed initially to derail the Luftwaffe from procuring the F-35, but really now an approach which can leverage the F-35 to build out a more integrated German and European force.

Clearly, the F-35 acquisition affects FCAS and how the choice of a new heavy lift — versus medium lift — helicopter either slows down an FCAS enabled German force or helps accelerate it.

The Future Combat Air System (FCAS) is built around shaping a networked force, one which can operate as a kill web enabled force.

At the same time, the focus of the partners in FCAS, Germany, France and Spain, is upon platforms as well, notably building a new fighter which would be IOCd in the late 2030s.

But there is an inherent tension between the network enablement piece and the platform piece.

Shaping a 21st century kill enabled network force is built around C2 and ISR systems which are both sovereign from a national point of view and integrable from a coalition point of view.

Platforms which can enable such capabilities are a clear priority, whether built in Europe or bought from allies.

And such an approach affects platform choices, such as the vertical lift decision.

I will now turn to that decision and how the potential choices either reinforce the strategic direction of the German defense reset or they don’t.

The video below shows the current vertical lift asset used by the Luftwaffe.

Lieutenant colonel Sascha Bohne talks about the CH-53 GA helicopter, that came to the Cold Blade 2016 exercise in Ivalo, Finland.