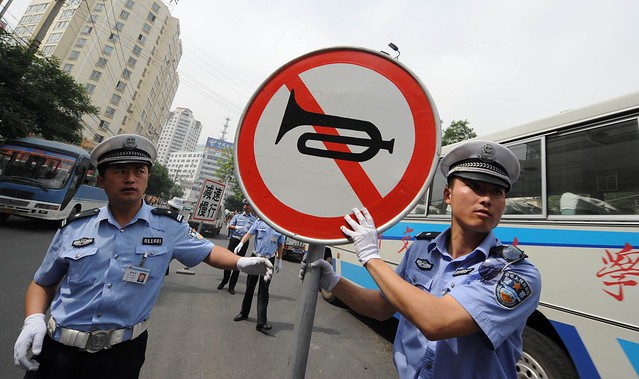 Lou Jiwei may not be a household name in the West, but the former Chinese finance minister is well known and highly respected among financiers and economic policymakers. Yet, earlier this month, China’s government announced Lou’s dismissal from his post as chairman of the country’s national social security fund. The move reflects a change in the Chinese leadership’s approach to governance that is likely to have profound implications for the country’s future.

The removal of Lou from his post represents a break from precedent: his three predecessors served 4.5 years, on average, and all retired after reaching age 69. Lou is 68 and served for only a little over two years. China’s leaders didn’t provide a reason for sacking him, but a likely explanation stands out. Lou has recently emerged as an outspoken critic of China’s ambitious industrial policy agenda, calling ‘Made in China 2025’ a waste of public money.

Made in China 2025 had already aroused suspicion among China’s Western trading partners. They view the program as an effort by China to use unfair means—namely, government support for strategic sectors—to displace the West as the world’s leader in advanced technologies. The scheme was one of the factors that precipitated US President Donald Trump’s trade war with China.

Since the trade war erupted, China’s leaders have deliberately toned down the hype surrounding Made in China 2025, suggesting that they recognise the high cost of moving forward with the program. In this context, Lou’s criticism is not particularly scandalous—unless, of course, China’s leaders are merely pretending to back off the policy until trade tensions ease.

But the implications of Lou’s dismissal extend beyond Made in China 2025. Lou is a hard-charging reformer with an illustrious record of accomplishments. His dismissal underscores the extent to which, under President Xi Jinping’s leadership, China’s government has become intolerant of even the slightest internal policy disagreements, even on the subject of economics, which used to be debated quite openly among the leadership. It is an approach that could well prove disastrous.

Since Xi came to power in 2012, decision-making processes at the top level of the Chinese Communist Party (CCP) have changed beyond recognition. Previously, collective leadership allowed dissenting views to be aired, and decisions were reached largely by consensus—a slow process that sometimes resulted in missed opportunities. But it was also an important risk-management mechanism. Openness to a variety of perspectives helped ensure that impractical or dangerous ideas were rejected and the CCP made no catastrophic policy mistakes under Xi’s two predecessors, Jiang Zemin and Hu Jintao.

Xi, however, has replaced collective decision-making with centralised leadership. The space for legitimate differences of opinion has been crowded out by the expectation of political loyalty and conformity. In fact, the CCP has effectively criminalised voicing opinions that are at odds with the top leadership’s stance. That offence—called wangyi zhongyang, or ‘recklessly speaking about the party centre’—probably played a larger role than actual wrongdoing in Xi’s crackdown on official corruption in recent years.

The resulting lack of constructive opposition means that excessively risky or inadequately considered ideas can become national policies in Xi’s China. And so they have: in the past five years, China has made several major policy mistakes, owing to inadequate internal debate.

One such mistake was the hasty decision in the summer of 2015 to use public funds to support equity prices when markets plunged. That policy failed to stabilise prices, wasted trillions of renminbi and weakened the credibility of China’s new leaders.

Another major policy mistake was China’s construction of artificial islands in the South China Sea and subsequent installation of military facilities on them. This might have seemed like a smart strategic move to some in Xi’s government. But, by giving the impression that China is intent on dominating East Asia through coercion, it was a major factor contributing to the rapid deterioration of China’s relations with the United States.

Similarly, beyond being economically dubious, Xi’s massive Belt and Road Initiative—featuring more than $1 trillion in planned infrastructure investment in Eurasia and beyond—stoked Western suspicions about China’s geopolitical agenda. This mistake has ended up hurting relations not just with the US, but also with key allies, which view China’s involvement in developing countries—and, thus, their own relations with China—with deepening unease.

If the CCP continues to adhere to centralised decision-making, more—and more calamitous—mistakes are likely. China’s leaders could, for example, decide to attack Taiwan, risking a catastrophic war with the US. In such a situation, one can only hope that, somewhere in the government, there is still a bold figure like Lou willing to stand up to express dissent.

Minxin Pei, a professor of government at Claremont McKenna College and the author of China’s crony capitalism, is the inaugural Library of Congress chair in US–China relations. This article is presented in partnership with Project Syndicate © 2019. Image courtesy of Beijing Patrol on Flickr.