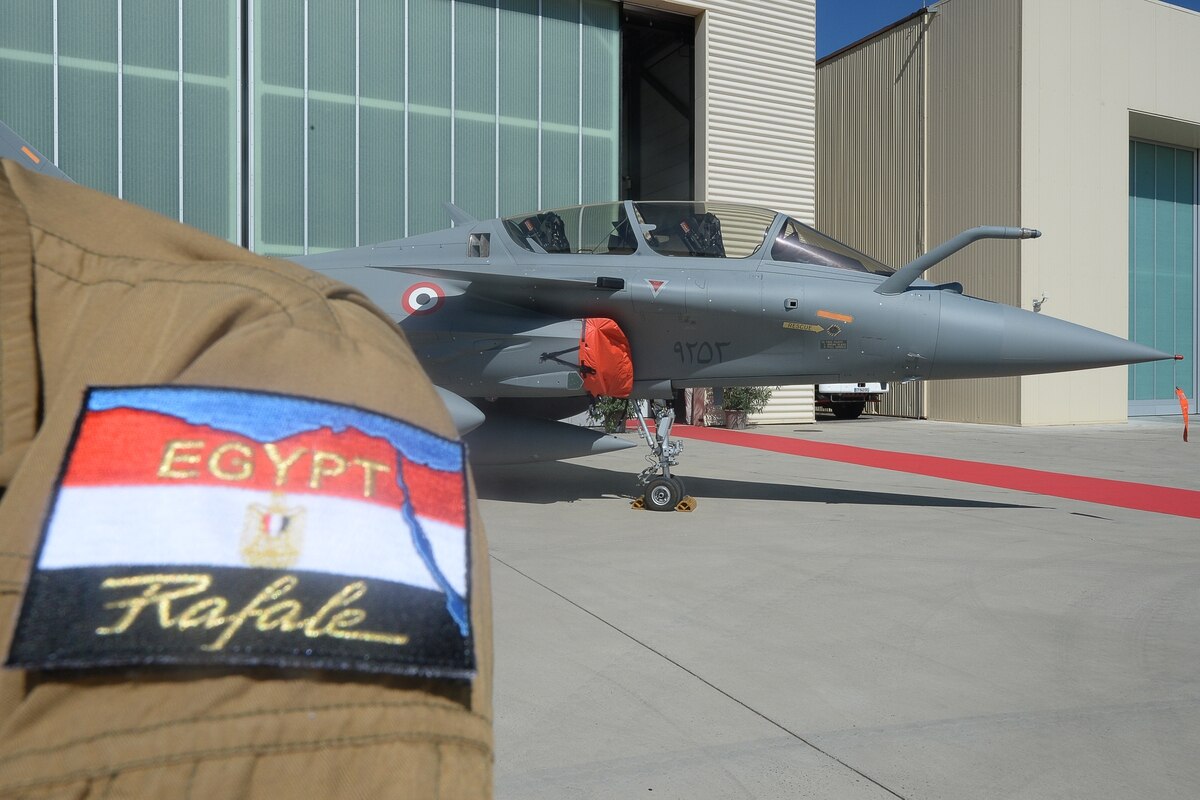 Paris – France last year won foreign orders for weapons worth a total €9.1 billion ($10.2 billion), up 30 percent from the previous year, said the government’s report to parliament of French arms exports.

“These excellent results, which consolidates the ranking of France in the top five world exporters, also shows a European pathway in our export policy: the European share for the first time accounts for more than 25 percent,” said the report, which was published June 4.

The French government continues to provide long-term support for export deals, including help for small and medium companies, with backing on the political, diplomatic, financial and operational front, the report said.

Those deals were won in the midst of particularly strong competition, with the “confirmation of American supremacy and the emergence of new big exporters, particularly China,” the report said.

“One wonders what diplomatic line lies behind the sale of arms to Qatar and Saudi Arabia,” said member of parliament François Cornut-Gentille.

Qatar and Saudi Arabia are two countries in severe dispute, with the latter leading an economic and diplomatic embargo against the former in 2017.

French arms sales to Saudi Arabia have raised concern, as Riyadh is effectively fighting a proxy war with Iran in Yemen. The sale of weapons to Saudi Arabia has fuelled controversy on whether France has added indirectly to a humanitarian crisis in Yemen.

Saudi Arabia ordered €949 million of French equipment last year, the report showed. The Saudi forces have conducted with a partial naval blockade on Yemen in the civil war, leading to a lack of food supplies for the civilian population.

Belgium appears in the top sales list following an inter-governmental agreement to buy French armored vehicles in a deal worth €1.1 billion. Those vehicles,  part of the French Army’s Scorpion modernization program, will form the backbone of the Belgian Camo land mobility program, worth a total €1.6 billion.

But the report fails to note that Belgium also opted to join the F-35 joint strike fighter program rather than accept the French offer of the Rafale, and that Belgian pilots will be trained in the US rather than France, Cornut-Gentille said.

Exports are critical in the business model for developing and supporting French weapon systems.

The Damocles targeting pod was co-financed by the United Arab Emirates, the report said. The report said the airborne pod has been used “with success” in missions against ISIS forces in the Middle East, adding that use of the equipment reduced the ability to inspire “terrorist acts on national territory.”

The French authorities have priced in export potential when drawing up the budget for new projects and upgrades.

The F4 standard on the Rafale has been launched with the absence of government funding for “certain developments,” as exports will cover the cost for industry, the report said.

The competitive pressure in the export market pushes companies to deliver more innovation and cut costs.

Export potential is factored into “the upstream phases of programs,” pushing industry to part-finance the development stage and allowing government to cut its funding, the report said.

That approach was used in the launch last year of a program for the Mica new generation air-to-air missile.

Qatar featured significantly with orders worth €2.4 billion of orders, reflecting a purchase of 12 more Rafale fighter jets. That deal was an option in an initial order of 24 units signed in 2015, a year in which France hits its peak of €16.9 billion in foreign arms sales. Qatari orders in 2015 were worth €6.8 billion, the report said.

Spain’s purchase of 23 NH90 was part of last year’s swing toward Europe.

The European share of exports for the first time accounted for more than a quarter of deals, compared to an average 10 percent over the last 10 years.

The Belgian and Spanish orders were those which swung the deals toward Europe.

Sales to the other 27 nations in the European Union accounted for €2.29 billion, sharply higher than €512 million booked in the previous year.

Six contracts were each worth more than €200 million, with five of those exceeding €500 million and making a total of €3.5 billion. Equipment with dual civil-military use accounted for €6.6 billion of the total amount of exports.

Orders from the Middle East, a region in which France holds close ties, accounted for €4 billion, just over half of the total value of deals. That compared to €3.9 billion in 2017.

The Asia-Pacific region accounted for just under 15 percent, largely stable compared to the  the previous year.

Australia accounted for €93.8 million, up from €29.5 million. That amount will climb sharply for 2019, as Naval Group, a French shipbuilder, signed March 5 the first phase of a design contract for the Attack class of submarines for the Australian Navy.

That first phase of the design contract was worth €605 million and will run to 2021.

Over the period 2009-2018, India ranked as the leading client nation, followed by Saudi Arabia and Qatar.  India has also ordered the Rafale.

In that 10-year period, the US stood as seventh nation, while the UK was the 13th. Russia was in 12th place.

Last year, the US accounted for €158 million of sales, compared to €164 million in the previous year.

Most foreign deals are worth less €200 million, providing a steady base for French industry, the report said. Those deals accounted for almost €4 billion last year.

The US sold arms to client nations worth $55.6 billion last year, $13 billion more than the previous year, the report said.

Deals sealed on a government-to-government basis under the foreign military sales rulebook rose 30 percent over the previous year.

The featured photo is of a Rafale delivered to the Egyptian Air Force and the photo is credited to AFP.