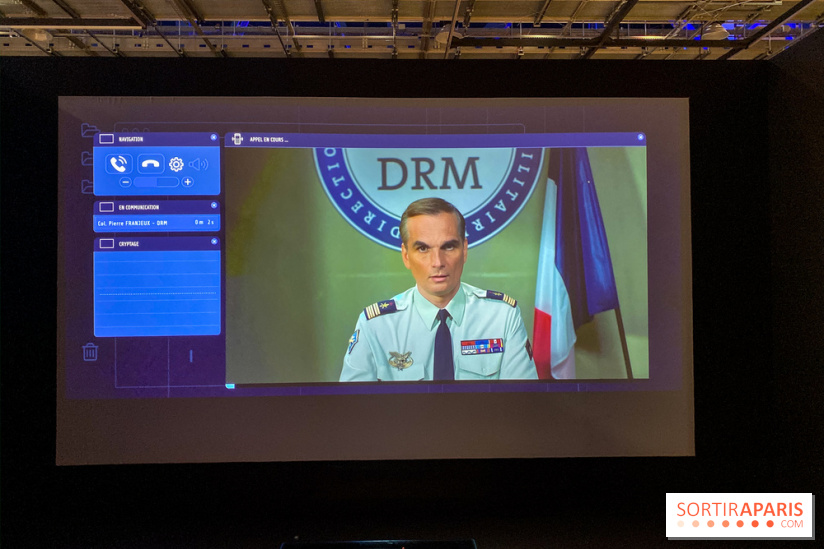 Paris – Tucked away at the end of a large exhibition named Spies at the science museum, a display panel tells the story of the alleged attempted killing of former GRU intelligence officer Sergei Skripal by Russian agents.

The account sets out in plain, simple terms aimed at families and young adults a failed bid March 4 2018 by two Russian agents to kill Skripal in the quiet cathedral city of Salisbury, southwest Britain.

There is a photo of a bottle of Nina Ricci perfume, used to apply the toxic agent novichok in the attempt to take Skripal’s life. The narration states that this “was not intimidate but to kill.”

“Who profits from crime?” the narrator asks. “No doubt: Vladimir Putin.”

That Salisbury mission was an example of a covert action, defined as “secret, untraceable operations,” with “extreme prejudice,” a bureaucratic term for killing, the narration explains.

Another deadly covert mission recounted is the January 20 2010 assassination of Mahmoud al-Mahbouh, who worked for the Palestinian Hamas organization. Dubai, where the killing took place, accused Israel of ordering the operation.

The exhibition refers to other spy operations, including the leaking by the George W Bush administration of the identity of Valerie Plame, a former CIA operative.

That release of information sought to undermine credibility of the late Joseph Wilson, who was then Plame’s husband and a US diplomat whose work undermined the government’s reasons for the Iraq war.

In the cyber war section, there is a note on the use in 2009 of Stuxnet, a computer virus from the National Security Agency to attack the Natanz nuclear plant in Iran. David Sanger of the New York Times broke the story of the use of the US computer worm to weaken the Iranian atomic program.

Visitors can read about how TV5 Monde came under severe cyber attack March 4 2015, with hackers shutting down the French international television service. Russian hackers are believed to have conducted that assault, which TV5 saw as threatening its future.

The foreign intelligence service, Direction Générale de la Sécurité Extérieure, runs its action department, which handles covert operations. Unusually, photos of DGSE offices are on display. DGSE is one of the partners of the exhibition, along with Direction du Renseignement Militaire, the military intelligence service.

Those case histories are tucked away at the end of the exhibition.

An independence of intelligence gathering and analysis has grave consequences.

“Intelligence enables decision-making,” whether it is made public or not, visitors are told.

The March 20 2003 invasion of Iraq was based on faulty intelligence, while the then French president Jacques Chirac kept France out, drawing on independent information.

The exhibition is shaped around a fictitious story of French spying on a country named Western Republic, suspected of conducting an underground nuclear test.

Videos with actors from The Bureau, a television series on spies, give briefings of the various agencies which are asked to collect information to give an intelligence briefing to the president. The mission is named Isotope.

In the story line, Phénomène, an undercover agent in Western Republic, is activated and sent to gather information in the target’s office and home.

The first part of the exhibition explains the domestic gathering of intelligence, while the second part looks at working on foreign soil.

There are displays of equipment, including kit used in a sweep to detect listening devices, with a radio scanner and a minute camera on a cable. Visitors can see equipment used for wiretaps, and enter an office and a living room to conduct searches.

A mock up of a workshop shows many pieces of equipment, including a simple USB key used to install spyware in a computer.

Beyond gathering human intelligence, there is a large panel display of military kit for gathering intel. This includes King Air 350 turboprop aircraft,  Falcon 8X jet, MQ-9 Reaper drone, and Rubis and Barracuda nuclear attack submarines. There is also a model of a spy satellite.

Visitors learn the first King Air 350 was delivered last year, with a target fleet of eight units  flying in 2030; three Falcon 8X Epicure jets will replace the two-strong fleet of C-160G Gabriels; six MQ-9 Reapers are in service, with a fleet of 15 in 2025; and the Barracuda boat will enter service this year.

Universcience co-produced the exhibition with The Oligarchs Productions and Federation Entertainment. The latter two are producers of The Bureau, a French television series of fiction, tracking work of intelligence agencies.

The exhibition draws on characters of the television series and features sets used in the series.

The science museum is closed under a lock down ordered by the government to restrict the spread of the coronavirus.

The featured photo is taken from the following article: