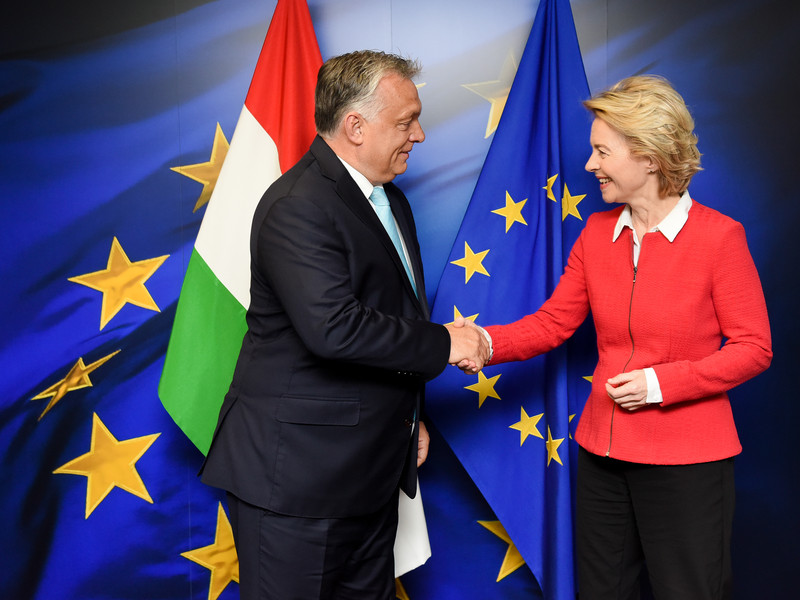 In a side comment included in his assessment of the implications of the Coronavirus crisis for Australia, Stephen Kuper characterized the European Union response to the crisis in this way:

“Many nations throughout the ‘developed’ world have found themselves similarly isolated and exposed, despite the promise of cheap, ‘reliable’ access to trade as a result of the post-Cold War global supply chains, which have seen industries and economies hollowed out and sensitive, nationally critical manufacturing sent offshore.

“Nowhere is this more evident then in the cannibalism emerging among the European Union member states, as larger nations like Germany and France ‘requisition’ resources and key supplies including masks, respirators and medical supplies, while also providing limited, hands-off approach to providing direct support to the likes of pandemic ravaged Italy and Spain.”

Disaggregation is one concern, but the way the crises is handled will clearly have a significant impact on the evolution of European democracies.

In an article by Eszter Zalan of the EUObserver published on March 26, 2020, the author posed the question: How much will coronavirus hurt European democracy?

“As public life is pushed back all over Europe to slow the spread of the virus, worries are on the rise over what extent the measures, if not proportionate and time-limited, can infringe fundamental rights and the rule of law.

“Michal Simecka, a Slovak MEP from the liberal Renew group told EUobserver it is “legitimate, proportionate and understandable that governments are invoking emergency measures, when every hour counts”.

“But Simecka warned of two possible threats in the longer term.

“It is a perfect pretext for a politicians to centralise power,” he said.”

And right on cue the leader of Hungry did not waste the crisis to make his move.

“Hungary passed on Monday (30 March) a law that gives sweeping new powers to prime minister Viktor Orban to rule by decree – for an unlimited period of time.

“This makes Hungary the first EU country to be put under the exclusive command of the government for as long as the prime minister sees it fit….

“Orban, who came to power 10 years ago, has had several run-ins with the EU over breaking the bloc’s rules, and his government is currently under scrutiny in the Article 7 sanctions procedure for breaching EU rules and values.

“Orban has already shrugged off criticism of the new law, claiming that those who criticise it are endangering Hungary’s battle against the pandemic.”

And adding the process, the Russians have inserted their ongoing interpretations of reality to shape European judgements as well.

Andrew Rettman of EUObservor noted in an article published on April 1, 2020 that Russian disinformation efforts were ramping up in the crisis.

The EU has urged media not to publish April Fool’s ‘fake news’ this year to help combat Russian propaganda.

“Protecting our democratic processes and institutions from Russian disinformation has become a major challenge in the modern era,” the European Commission said on Tuesday (31 March).

“To help tackle this, the commission proposes to suspend, for the time being, the common tradition of April Fool’s ‘fake news’ in European media,” it said.

The move came after the EU recently accused Russia of “polluting” Europe’s media ecosystem with deceptions which had “real-world consequences”.

Russian news agencies have falsely claimed the US was using ants as biological weapons, for instance, that Western countries practiced gay cannibalism, and that Swedish feminists advocated mass-castration of white men.

But the Russians have added to their information dissemination effort by deploying forces to Italy to “help” in the crisis as well. We have been reassured by the Russian commander that this deployment will not undercut the troops combat capacity, which is very reassuring for the West as well.

“The fact that Russia has sent to Italy its nuclear, biological and chemical protection troops to assist the fight against the coronavirus will not affect the combat capacities, the Russian Armed Forces’ Nuclear, Biological and Chemical Protection Troops chief, Lt. Gen. Igor Klimov, said.”

In addition to its own information war efforts in the West, the Chinese have played an aid card, of providing masks to the West. The only small problem is that there is no evident Western quality control with regard to these masks, so that Europe has Chinese masks which might or might not work, and this has to be worked out on the ground as they are to be used.

“The Netherlands recently discovered that 600,000 face masks imported from China were defective, Belgian media reported on Tuesday that 100,000 masks coming from Colombia were useless and even contain “animal faeces”.

But this did not stop the head of the European Commission from providing a thanks for the memories moment.

Perhaps she might learn from an Indian colleague who highlighted lessons which the West needs to learn about China.

“The Covid-19 pandemic has highlighted the costs of Xi’s increasing authoritarianism. It should be a wake-up call for political and business leaders who have accepted China’s lengthening shadow over global supply chains for far too long. Only by loosening China’s grip on global supply networks—beginning with the pharmaceutical sector—can the world be kept safe from the country’s political pathologies.”

Made In China: The Lessons Which the Liberal Democracies Should Learn from the Coronavirus