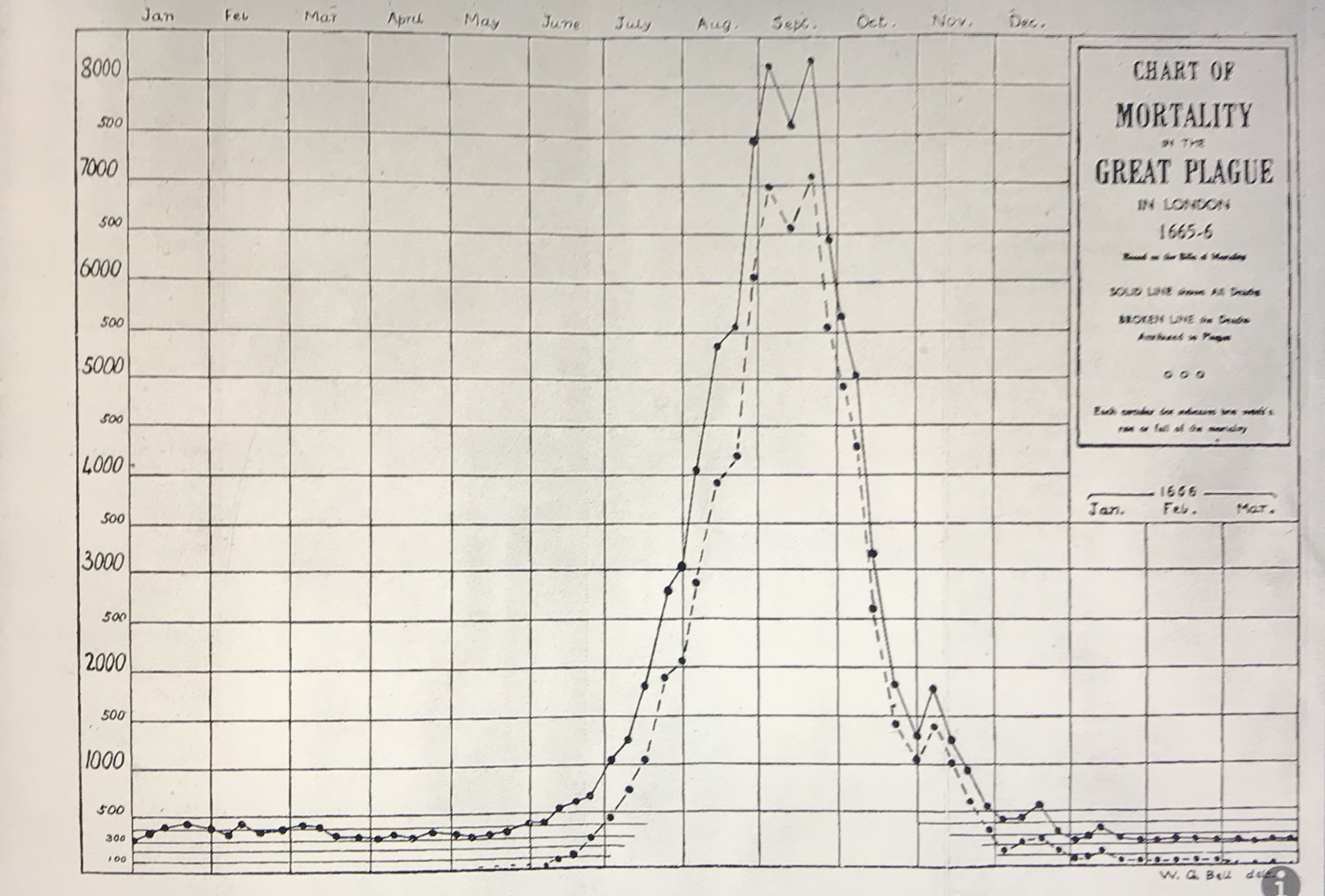 Managing, or navigating the spike(s) in the Coronavirus crisis is a focus of attention for the world’s governments and their populations. But navigating pandemic spikes is nothing new.

The great plague of London killed and estimated 100,000 out of a total population of some 460,000 which was almost a quarter of the population. It was the last pandemic of the bubonic plague to occur in England.

The  “Black Death” had originated in China in 1331. The plague was caused by the yersinia pestis bacterium which is usually transmitted through the bite of an infected rat. The 1665-66 plague in London and more broadly across England was last widespread widespread outbreak of plague in England during the 400 year pandemic.

The poorer parts of the city suffered most. here hygiene was rudimentary and overcrowding  common. It was not until 1894 that Alexandre Yersin identified the causal agent and the transmission of the bacterium by rat fleas was discovered and this was confirmed by DNA analysis in 2016. The reported figures of deaths were used to compile bills of mortality which listed the total deaths in each parish and whether caused by the plague.

As the plague spread a system of quarantine was introduced. This involved locking the house were anyone had died for 40 days. Travel was restricted. The rich left the city and King Charles ll and his court moved first to Salisbury and then to Oxford. The population of London was required to obtain a certificate of good health to leave the city. Trade and business ceased.  By February 1666 the King and his court returned to London.

The great fire of London occurred in September of 1666 which gutted the medieval city but did not reach Westminister or Charles ll’s Palace of Whitehall. The rebuilding took place largely on old street plan despite grand baroque plans for a redesigned city of piazzas and avenues.  But new public building were created on the previous sites. The most famous of which was St Paul’s Cathedral and Christopher Wren’s 50 new churches.