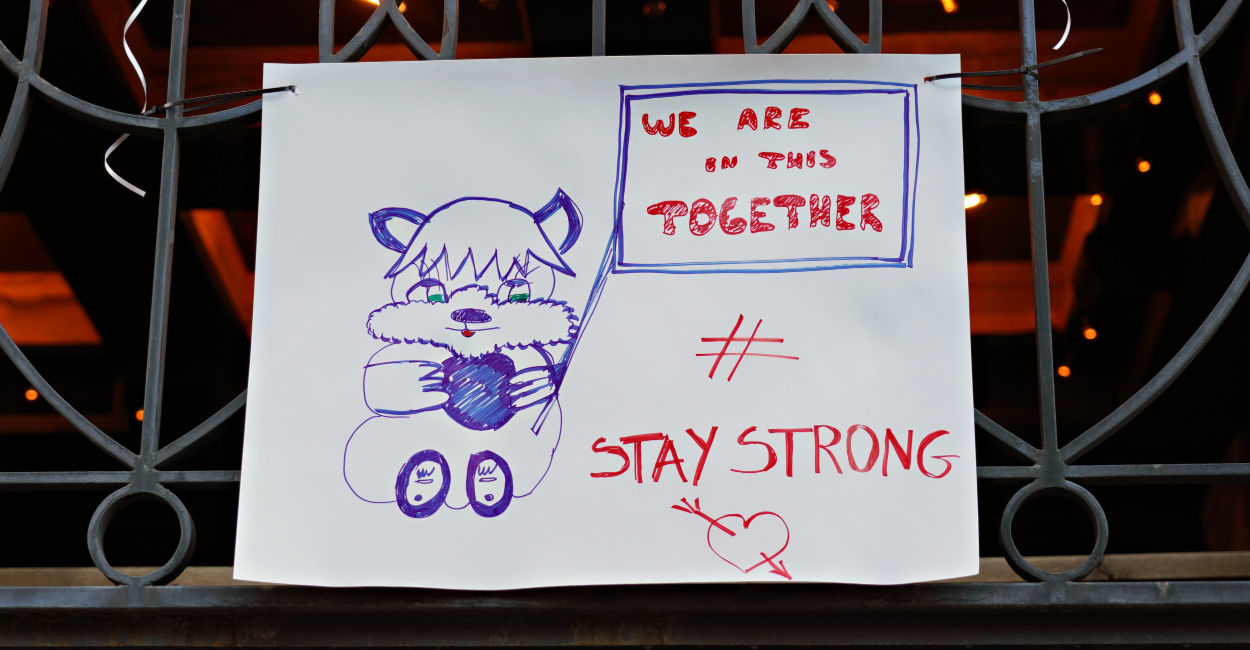 Paris – Heads of state, politicians and the press have adopted war as the word to use in a struggle against coronavirus, prompting debate whether the metaphor is misleading.

The deadly impact of Covid-19 has sparked the second world war and military terms as key cultural and historical references, helping to grab headlines and soundbites.

There have variously been references to the Blitz, Dunkirk, Pearl Habor and a war against coronavirus, which has taken more than 70,000 lives around the world by April 6.

In reply, there are those who argue the use of a war analogy sets up misconceptions of a health crisis, which calls for debate and consensus on medical treatment.

“We are at war, surely in a war for health: we are fighting not an army, or another country,” president Emmanuel Macron said March 16 in an address to the nation.

“But the enemy is there, invisible, elusive, but spreading. And that calls for a general mobilization.”

Macron used the phrase “We are war” six times in that speech.

Queen Elizabeth, in a rare April 5 address in Windsor castle, recalled her first radio broadcast to the British public in 1940, when she, aged 14, and her sister Princess Margaret reached out to children evacuated from cities hit by Nazi night bombers.

In closing her April 5 broadcast, the British head of state referred to Vera Lynn’s “We’ll Meet Again,” a song which helped prop up morale in the dark days of the second world war.

That four-minute royal broadcast thanked the “frontline” of the National Health Service, a government-backed medical system struggling to cope with the viral infection.

A March 23 speech by Boris Johnson was seen as carrying the prime minister’s hope of evoking Winston Churchill, the British leader who came to power in 1940 and stood up to Hitler. Johnson’s biography of Churchill was published in 2014.

Johnson was admitted April 5 into hospital, after going into self isolation for coronavirus some 10 days previously.

On BBC Radio 4, Paul Nurse, Nobel laureate and head of the Francis Crick Institute, said, “A metaphor here is Dunkirk – we are a lot of little boats, we can be effective. The government has put in bigger boats – destroyers…”

Nurse, who also worked at Sussex university, was referring to testing for the viral infection.

The Telegraph, a daily paper, refers to the Blitz bombing of Britain in its virus coverage.

In the US, on April 5, Surgeon general Jerome Adams drew on events of combat and mass attack as he predicted a tough week ahead for America.

“The next week is going to be our Pearl Harbor moment,” he said on NBC News’ Meet the Press.

“It’s going to be the hardest moment for many Americans in their entire lives.”

Does the War Metaphor Mislead?

“The use of ‘war’ was striking,” said Michael Heurtevant, an architect.

“He made a pretty good speech.”

To some, those references to war may not have been the best way to tackle the disease.

“To my mind, this is not about war, because there is not an enemy,” Claire Marin, writer and associate member of the Ecole Normale Supérieure, an élite academic institution, said March 14 in afternoon daily Le Monde.

“To  think of illnesses in terms of war, which is commonplace, is to misunderstand the essence of life,” she said. “I am not sure that helps present the situation or understand the way it works.”

What was important was not how to hit but to duck like an agile boxer, dodging punches, she said.

There was, for now, no way of destroying the virus, nor treating with vaccine, merely trying to contain the spread of the infection.

“That is very different,” she said.

Mélanie Challe, a photographer, said there has been debate over use of the war term.

“We are not at war,” she said. There is no bombing, no invasion force. We have food.”

An emergency room doctor, Sophie Mainguy, wrote a March 19 article titled, “We Are Not at War.”

The measures Macron unveiled made sense, she said, but his presentation was less than satisfactory: viewing events through the “lens of defense and domination.”

Life forms which do not serve our interest are not our enemies, she said. People are not the only life on earth and sometimes people have to make room for others.

A more effective way would be to look at the illness for what it is and compare it with previous infections.

“Why can’t we compare a pandemic to other, historical, pandemics? said Laura Spinney, a science reporter.

“Why always reach for the war analogy?

“Yes, there are some similarities with war – the need to mobilize the population and the need to ensure supplies – but why is it that, in order to convey seriousness, we feel obliged to stop comparing a pandemic to other pandemics, and start comparing it to a war?”

Spinney is author of Pale Rider, an account of the Spanish Flu in 1918.

That pandemic killed an estimated 50 million people, and perhaps as many as twice that.

A war is troops in uniforms, armed with weapons, fighting an enemy, while a virus is something else, said Stephen Heiner, writer and blogger, and former U.S. marine.

“In a war, there isn’t really public debate about how to respond.

“There is a clear enemy, with a fairly clear marker of what victory means to everyone,” he said.

“What’s happening here?” he said. “People do not know. What is victory? Fewer sick? Vaccines for everybody?

One difference with a war is that such a conflict comes to an end, whereas the virus may change and come back in another form.

Some struggles go on.

There was the war on terror, he said. “It’s an unwinable conflict.”

President Donald Trump said April 5 there was light at the end of the tunnel.

In the Vietnam war in the 1960s, that optimistic phrase prompted the rejoinder that the light was an oncoming train.